US Party, UD and Chris call for Brison’s immediate resignation 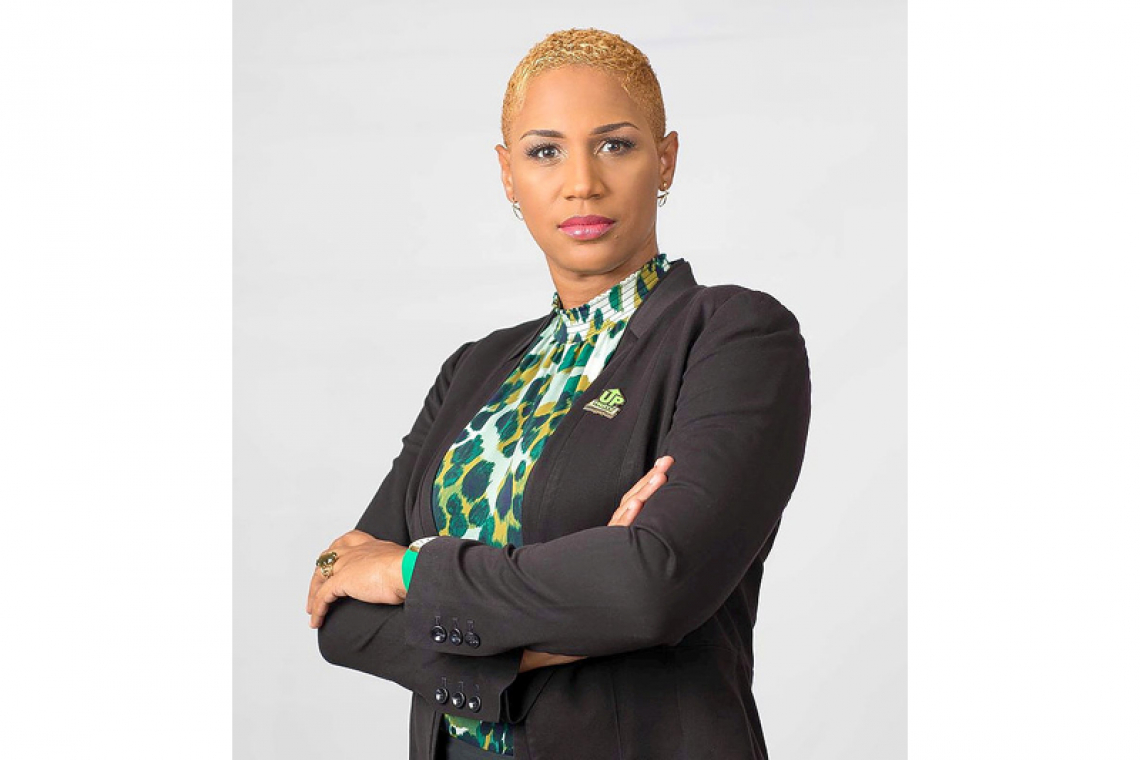 PHILIPSBURG--Chairperson of Parliament Rolando Brison of the United People’s (UP) party came under fire over the weekend over a spliced recording circulating on social media with him, amongst other things, insulting his party’s faction leader Grisha Heyliger-Marten and about making deals with “the young boys” in his coalition partner National Alliance (NA), with several parties calling for his immediate resignation.

Heyliger-Marten has “strongly” condemned the recordings and said it is now up to the UP board to decide how to deal with what she referred to as “this toxic situation.” She said she was “very disappointed” and “highly offended” by Brison’s remarks.

Amongst those publicly calling for Brison’s immediate resignation were the United St. Maarten Party (US Party) board, United Democrats (UD) and independent Member of Parliament (MP) Christophe Emmanuel.

The US Party board was the first to react to the recordings with a statement issued on Friday morning. The party called for Brison’s immediate resignation as Chairperson of Parliament to “not further shame and embarrass the country.” The board also called on all factions in Parliament to show the people of St. Maarten that their highest body stands for integrity and end “the soap opera antics” of MP Brison and the consequences St. Maarten suffers.

“Enough is enough,” the board said on the heels of a video of Brison denigrating Heyliger-Marten, “boldly talking about deals with just certain people in the National Alliance, his coalition partner, dismissing Parliament’s instructions to Minister of [Public Housing, Spatial Planning, Environment and Infrastructure – Ed.] VROMI Egbert Doran by stating that the Minister will grant the land at Over The Bank anyway, and “very disturbingly” referring to permits as though they are on sale with the coalition.

“The [Chairperson] of Parliament has added legitimacy to every negative thing the Dutch and others have to say or assume about politicians in St. Maarten, while we know all should not be painted with the same brush. His actions as the Chairperson of our highest governing body are unacceptable, lack integrity, irresponsible and callous,” the USP board said, adding that the fact that MP Brison has allegedly dismissed the recording as a “moment of anger” speaks volumes to his character.

“This government and to an extent this Parliament seem to be comfortable with apologies. MP Brison interferes with controllers doing their jobs, he skips IPKO [Interparliamentary Kingdom Consultations] to attend club parties with celebrities, he contacts Choharis Law Groups on his own putting members of Parliament in compromising positions, he circumvents the country’s pandemic protocols so that friends in the night life sector can operate, and on and on.

“When do integrity and the reputation of the country and our governing bodies trump apologies? These things have become habitual for MP Brison because nobody holds him accountable. An apology or some flimsy explanation this time should not suffice. The words were uttered from his mouth.

“MP Brison should resign as [Chairperson] of Parliament immediately and the United People’s (UP) party has to decide if that’s the kind of representation the people of St. Maarten deserve and the party wants to represent,” the US board stated.

In a statement issued on Saturday evening the United Democrats (UD) denounced “the latest actions of MP Brison,” and also called for his immediate resignation/removal as Chairperson of Parliament.

UD said Brison continues to exude narcissistic traits and clearly lacks even a basic understanding of the responsibilities of a leader, especially of the public office of Chairperson of Parliament. UD believes this behaviour should not be tolerated.

“It’s disgusting to hear the [Chairperson] of Parliament insult and ridicule Members of Parliament in a most objectionable manner. His explanation for this embarrassment is neither here nor there and only shows his utter disdain for the public trust he holds.

“To berate his own faction leader in such a manner is bad enough, but to boastingly refer to his dealings with coalition ministers and his pledging to third parties have hit a new low, even for him. This behaviour only shows callous disdain for anyone not in the [Chairman’s] inner and complicit circle.

“He has smeared the name of his coalition partners and his party members and it leaves one to wonder what and who are behind these discussions, of which only one has been made public. How come such answers were not provided in the president’s explanation of the audio?” UD asked.

“It’s not important if and why someone would set MP Brison up, which is according to the MP. What is scary are the boastful and sinister insinuations from the mouth of the [Chairperson] of Parliament. This does not sound like any isolated or heated discussion. Very evident though, was the level of confidence and boastfulness in  MP Brison’s  expletive-laden tirade.

“Whatever the reason for putting this audio out, fact is that it reveals a most disturbing and worrisome picture.”

UD faction leader Sarah Wescot-Williams emphatically denounced Brison’s behaviour and “strongly feels” that Brison has “lost all credibility and should do the honourable thing by resigning and saving the people of St. Maarten from further embarrassment.”

In his statement issued on Sunday, Emmanuel dubbed the recording “arrogant and shameful” and called on Brison to immediately tender his resignation. Emmanuel said elected representatives are supposed to be leaders who act with integrity and accountability after earning the right to represent the people of St. Maarten through the ballot. Brison has forfeited this right in his capacity. Brison’s defensive statement about clips being edited and spliced is neither here nor there.

“How do you think the news is delivered to us every day via any media, broadcast or print? The most relevant parts are identified, cut, and presented to the public. However, the implications of his words are the most dangerous and concerning parts for this entire country, in particular if he maintains his position in Parliament,” Emmanuel said.

In that context, Emmanuel pointed to the deal-making with certain members of the National Alliance to which Brison referred and the implication that permits are for sale in St. Maarten.

“The Prime Minister of St. Maarten must also explain what kind of government the people of St. Maarten are saddled with. Is she in control of her government? Has she spoken to the ‘young ones’, as MP Brison referred to them? What is this deal that one MP alone (Brison) has with the National Alliance? Do people have to go on bended knee and pay for permits or to get anything from the National Alliance? Is this the modus operandi in this government?

“Chairman Brison painted a picture of an inner-circle cartel running the government.

He said Brison’s description of Heyliger-Marten, the faction leader and wife of the founder of the UP, as well as making fun about the belittling of women, “tells you that he is about himself and presents clear insight into his character as ungrateful, misogynistic and selfish.

“Apologies are, largely, performative, and the ones we have received in the last few months from this government have become burdens unto themselves and, crucially, pathways for representatives of this government to shrug off responsibility.

“His statement of explanation, which was also leaked, never once directly addressed the content of the recording. He invokes anger and misquotes in a statement that is, top to bottom, lousy.

“Facts are that MP Brison once again placed himself in situations likely to be risky and humiliating, without a care about how his reckless conduct could affect the country. Do you know what you call a reckless person? Lazy.

“Politicians who do not use their position of power and privilege responsibly and who time-after-time do not realise that they are held to a higher standard are lazy individuals, lazy and careless individuals who find it too difficult to walk a straight line, but would rather cut corners for friends and personal pleasure only to be let off the hook by enablers.”

Emmanuel added that the charade must finally end for the sake of St. Maarten.

In strongly condemning the statements, MP Heyliger-Marten said the statements are embarrassing to the nation. In the recording, Brison can be heard making derogatory remarks about Heyliger-Marten in company of some unidentified persons, while shredding the motions passed recently by Parliament giving specific instructions to VROMI Minister Egbert Jurendy Doran regarding a proposed housing project.

“I am very disappointed and highly offended by his remarks,” Heyliger-Marten said. “It doesn’t make it less offensive that they were made in a so-called moment of anger. The remarks are very unbecoming of the leader of the second largest political party on the island and of a president of parliament.

“It is an affront to me as an individual and as a Member of Parliament. It is also disrespectful against me as a woman and against St. Maarten women in general. And surely it is a blatant disrespect to the founder and all members of the party he leads. It is embarrassing to our nation, to all MPs and especially to the youth of this island who need positive role models.

“It is now up to the UP board to decide how to deal with this toxic situation.” 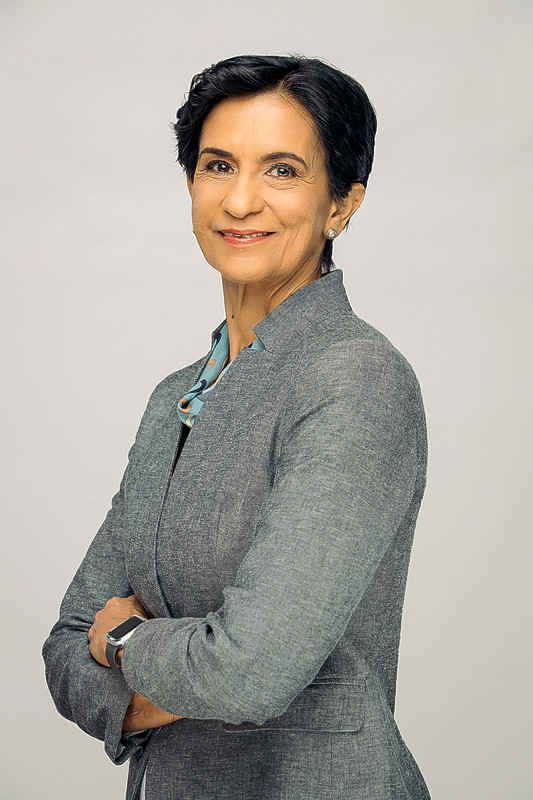 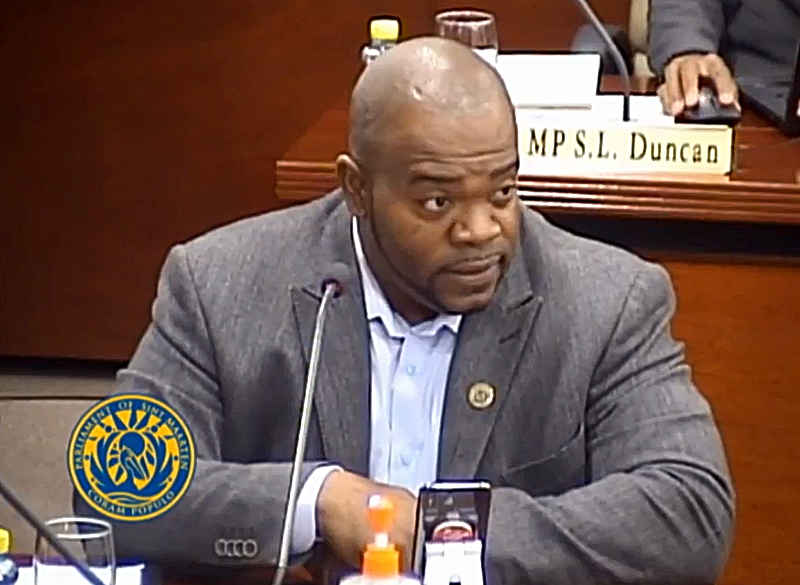