‘I am sorry,’ says Brison about viral video remarks, it was ‘a moment of frustration’ 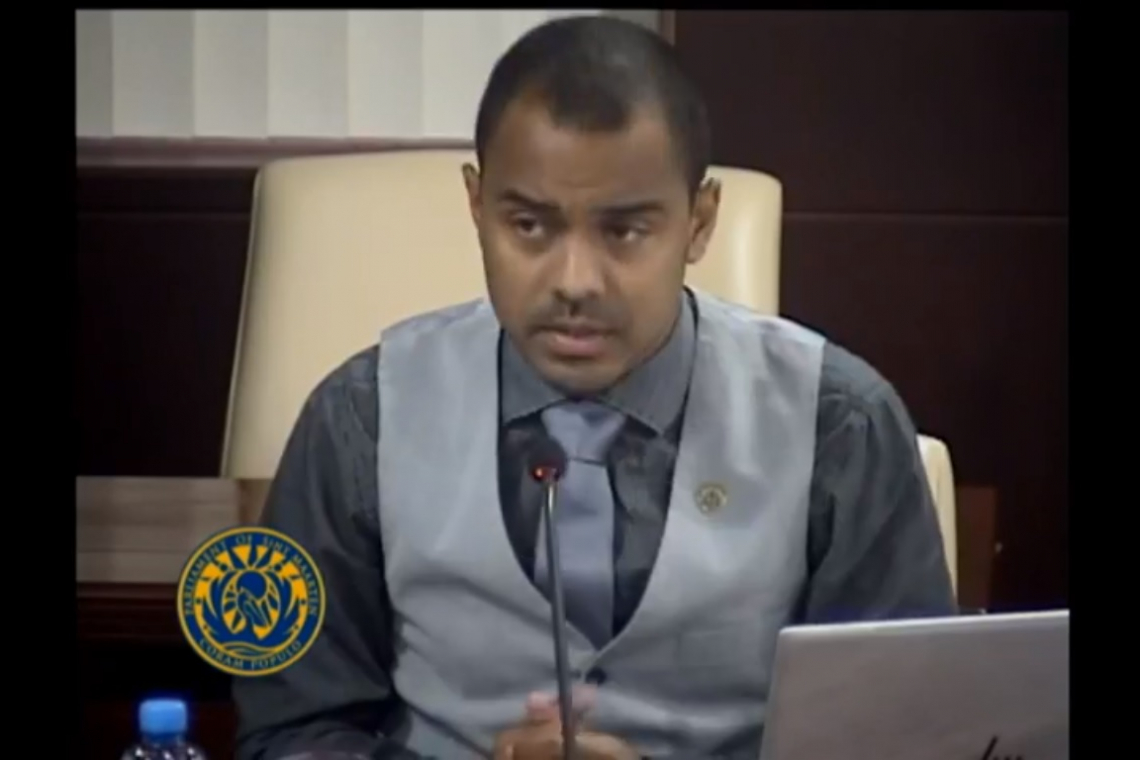 PHILIPSBURG--Chairperson of Parliament Rolando Brison has apologised for his remarks made in a spliced video recording that went viral over the weekend of him denigrating his party’s faction leader Grisha Heyliger-Marten and referring to the deals he made with his coalition partner National Alliance (NA).

“A recording of me speaking, some of which in the privacy of my own home, in a moment of frustration, has been released by some unscrupulous individuals who have taken my already really poor choice of words, much of which was edited by them to fit their political narrative and agenda,” Brison said in a statement issued on Sunday evening.

“First, I take full responsibility for my actions and I regret the comments made. Despite making these comments in a moment of frustration, I must take responsibility for making them and the fact that they have hurt a colleague. MP Grisha Heyliger-Marten has done nothing but work tirelessly, sometimes against tremendous great opposition internationally and locally, to bring about equality and fairness within the Netherlands Kingdom for the people of St. Maarten.

“She has almost singlehandedly brought to the forefront the fact that the promise of self-determination as agreed to by the Netherlands is nowhere near completed for the Caribbean Dutch islands.”

He said Heyliger-Marten’s determination and drive to ensure better pension and treatment for senior citizens and to see TelEm workers get better representation are amongst some of her great accomplishments for which he is proud to be her colleague.

“As a woman, her efforts to stamp out inequality are unparalleled and she has consistently defended those persons in our community who have been left without proper representation for too long. In this respect, she very much reminds me of my own mother. Whenever we do things that hurt individuals close to us, the obvious thing to do is to say I am sorry.”

He said that as Chairperson of Parliament he represents a group of individuals who, like him, were elected by the people to serve.

“This Parliament is under my chairmanship on a path to deliver great legislation in the interest of improving the quality of lives of our people.

“As the leader of one of the largest political parties founded by one of the greatest political minds to serve the people of St. Maarten, I also recognise that my actions have negatively affected our party.

“We came together under my leadership when many counted the UP Party out, against many odds, during the last election to not only garner four seats, but to also form what is now the longest-lasting government in the history of country St. Maarten.

“It’s unfortunate that my moment of frustration has affected some who have helped us stay together for country St. Maarten, but I will continue to work to make sure we remain focused on that goal: four years of effective government and parliamentary work.

“One of the traits of a great leader is the ability to say when they are wrong. I pledge to work tirelessly to be even more deserving of your forgiveness and trust.

“St. Maarten is my home, and its people are my family. Families bicker at times and heated words are exchanged. Unfortunately, my words were made public, without me having an opportunity to address them to my colleagues/family in private and resolve the challenges we faced.

“We since met as UP Board, ministers and MPs and identified the areas where this family needs to improve its communication and conflict resolution. I will be working over the next few days, weeks and months, at the direction and guidance of the board and party, to regain their trust.

“I know this will not be an easy task, but I am committed to continuing the good work that we have been doing as a United People’s party and I will do my utmost to restore the balance of trust with my colleague MP Heyliger-Marten.

“I extend my apology to all who my words have hurt and I ask the board and founder of the UP Party, my colleague MPs and especially MP Heyliger-Marten, along with the people of St. Maarten, to accept my apology for my indiscretion.”