Up to 1,000 jobs on Royal Caribbean cruise ships for St. Maarten residents 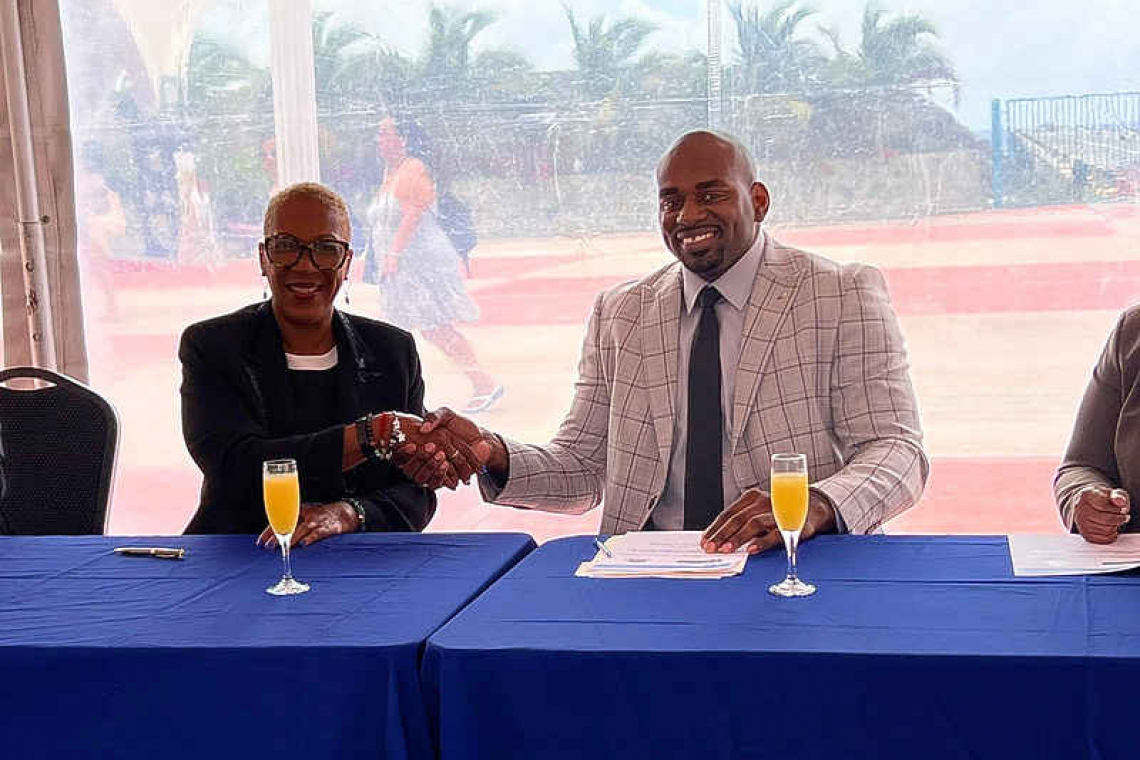 PHILIPSBURG--Citizens of St. Maarten who always dreamed of working on a cruise ship now have an opportunity to do so thanks to the signing of a memorandum of understanding (MOU) between Minister of Public Health, Social Development and Labor VSA Omar Ottley and Royal Caribbean Group’s (RCG’s) Regional Vice President of Government Relations Wendy McDonald on Wednesday.

The signing paves the way for citizens to access up to 1,000 jobs aboard Royal Caribbean cruise ships. Wednesday’s signing and announcement followed a teaser advertised on government's Facebook page, which stated that the government of St. Maarten had a big announcement to make and asked people if they could guess what it was. 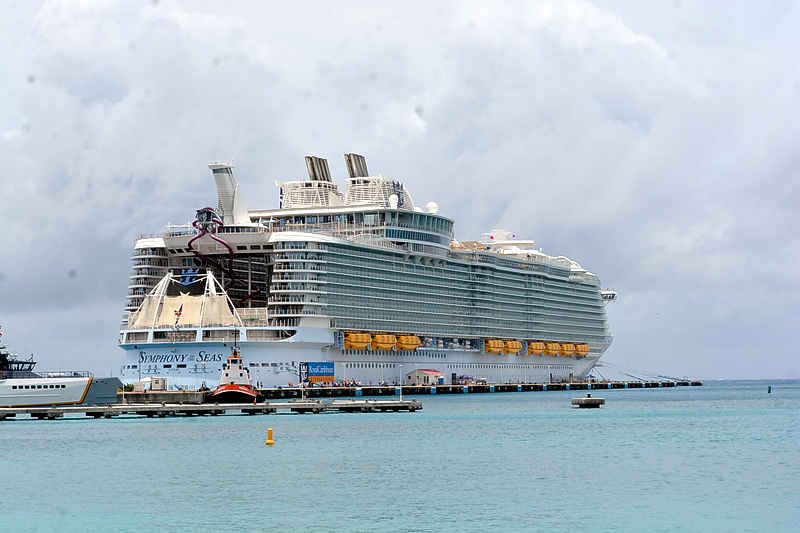 Royal Caribbean’s “Symphony of the Seas” docked in St. Maarten.

Similar MOUs for jobs on Royal Caribbean ships were also signed or are to be signed by other Caribbean destinations. The Guardian Newspaper in Trinidad and Tobago, for example, announced that close to 2,000 jobs were secured with Royal Caribbean International for T&T citizens and that the country’s Ministry of Tourism will sign an historic MOU with McDonald. On April 25, Barbados also announced the signing of a recruitment agreement with Royal Caribbean for jobs for its citizens.

The media in St. Maarten were not invited to Wednesday’s signing ceremony. The Council of Ministers attended the Royal Caribbean Group and government partnership signing ceremony at the Dr. A.C. Wathey Cruise and Port facility. The ceremony was hosted by the National Employment Service Center (NESC).

In his speech, which was emailed to The Daily Herald, Ottley called the occasion historic. He said unemployment had been rising steadily since Hurricanes Irma and Maria in September 2017. “However, just when we were seeing the light, we had to deal with the COVID-19.”

He said this had all started with a conversation in his office. “In April 2021, I sat with [Division Head of Labor Affairs and Social Services] Mrs. [Peggy-Ann] Dros-Richardson and said to her I needed a six-month plan for the ministry. We spoke of many things, including the online job portal, which RCG and the NESC will actually be using as a tool to source employment locally.

“At the end of that meeting, her eyes lit up and she said, ‘Boss we have an amazing opportunity for our people to work on the cruise ships in collaboration with RCG and create up to 1,000 jobs,’” Ottley recalled.

“Guess what? That is when my eyes began to light up as well. I said, ‘Mrs. Dros, get it done. I do not care what it takes, get it done and I leave the ball in your court.”

Ottley said that on entering office he had taken time to discuss and see what his staff and team had in the pipelines.

“The same can be said with MP [Member of Parliament – Ed.] Ludmila de Weever. She had so many ideas for our people and the cruise lines, it was amazing. Today falls in line with the goals of the Ministry of VSA. Like the Rhianna song says, “Work, work, work.” Over the past year, we have had job fairs at the hospital, the airport and now we invade the ports,” he said, adding that it is better to be prepared for an opportunity that has not yet arrived than for the opportunity to arrive and you are not prepared.

“St. Maarten this is your time to be prepared, because the opportunity is on its way and it is called Royal Caribbean Cruise Line.” He said the NESC, under the Ministry of VSA, will head the recruitment drive and he urged everyone interested to register at

Justice Minister Anna Richardson described the occasion as a dream coming to fruition. She said the up-to-1,000 job opportunities would be made available to the people of St. Maarten and could extend within the Dutch Caribbean.

“Today, history is made, as for the first time ever, the people of St. Maarten are welcomed into cruising careers onboard the Royal Caribbean Cruise Line. This marks another significant economic milestone that will not only rejuvenate St. Maarten’s economy, but will also afford opportunities for our people, from line entry to executive-level positions,” said Richardson.

She said she had approached then-minister of TEATT Ludmila de Weever in the early part of 2021, asking about the possibility for St. Maarten to be a part of the many nationalities that work onboard cruise vessels.

“With the Minister being busy with the preparations and negotiation of home-porting, I wondered if the Royal Caribbean Group would be open for this venture. Without skipping a beat, Minister de Weever quickly made arrangements and introduced me to RGC Vice President Mr. Joshua Carroll at the Government Administration Building.

“In discussion with Mr. Carroll, I quickly learned that the timing of the enquiry was impeccable, as RCG had great interest in adapting a workforce with more persons from the Caribbean, considering their brand name proudly bears the name Caribbean,” Richardson explained.

“This was, of course, music to my ears and soul because this is a dream of mine dating back some years. With great excitement, I approached my colleague Minister of Public Health, Social Development and Labor the Honourable Omar Ottley, and the Division Head of Labor Affairs and Social Services Mrs. Peggy-Ann Dros-Richardson for their support with this project. Their response was nothing but full endorsement, support and commitment to see it through, and here we are today.”

Richardson said the project had been a dream of hers for the country. “Have you ever been on a cruise, met people from all over the world and wondered what it would be like for the people of your country to have access to such jobs? For persons from St. Maarten to be able to sail, see the world, and develop their hospitality skills in the cruising industry? This is exactly what it is for me,” she said.

She expressed hope that the achievement would be embraced as a great opportunity of expansion in the job market and would be seen as an opening for St. Maarten to do great things, not just here in the country's hospitality realm, but also as part of a global experience.

“Today, we can proudly say that the people of St. Maarten have embarked on a new horizon,” she said.