Trial of suspected jewellery store robbers to continue in November 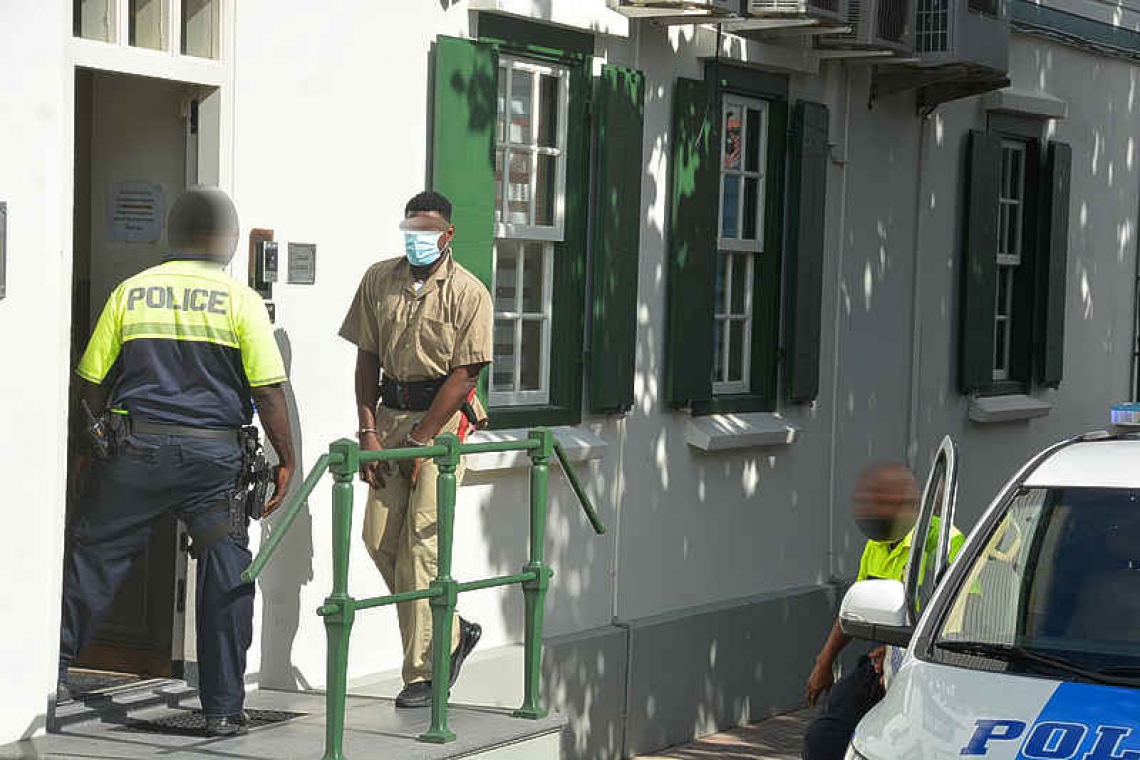 PHILIPSBURG--The trial of two suspects charged with involvement in two armed robberies at jewellery stores on Front Street will continue on November 10, the court decided.

The postponement was due to the fact that the judge was unable to discuss with the defendants all charges mentioned in their indictments, which included illegal firearms possession, on Wednesday.

This was because the summonses amended by the Prosecutor’s Office had not reached the court in a timely fashion. As a result, the judge had only studied part of the case file. Therefore, only one charge was handled by the court on Wednesday. The other charges will be discussed on November 10. That day two other suspects in this case will also be led in front of the judge.

Suspects A.A.A.C. (28) and M.V. (25) are accused of having committed armed robberies at Precious Gems jewellery store on March 20 and at Pavillion Jewellers II on Front Street on April 7. They are also suspected of an attempted armed robbery or extortion committed at Ray’s Jewellers on March 30, and of possession of illegal firearms.

The judge only discussed the April 7 armed robbery of Pavillion Jewellers II, committed around 10:45am, during which pieces of gold jewellery were stolen by force.

During a high-speed chase from the Festival Village to Madame Estate, police shot and killed one robber, the alleged mastermind of the robberies Jules Caesar “Chicken” Encarnacion-Vargas, and injured V. The chase ended with the suspects’ scooter crashing into a police vehicle on Arch Road in the vicinity of Abu Ghazi Shawarma.

The police fired several shots at V. during his arrest. He was shot in a lung, in his right upper leg and left foot. Speaking in a soft voice, he explained to the judge that he is still suffering from his injuries.

He was admitted to St. Maarten Medical Center, but after a week and a half he was transferred to the police station in Philipsburg. Sometime later, he was taken to the Pointe Blanche prison, where medical care is inadequate, he informed the court.

V. claimed he had no idea he was going to commit an armed robbery when a “friend” asked him to do a “work”, not even when he was handed a firearm. He told the judge he was under the impression that he was going to do construction work when he was told to follow two guys on a scooter.

Pavillion Jewellers was robbed by four men on motorbikes. V. admitted that he was in the store and had jumped over the counter to take some jewellery. He denied that he had a firearm in his hand and that he had taken any jewellery in a bag. The loot consisted of gold bracelets and necklaces.

Suspect C. is held for the man who was on the lookout during the robbery and who maintained telephone contact with the other suspects. He denied the allegation and said that he was a “surprised” witness of the robbery, which he filmed and transmitted live on Facebook. “I saw the robbers enter the store. I saw one person with a firearm. He was outside,” C. told the judge.

He was arrested April 9 and was found in possession of a Glock 26 firearm with three live rounds of ammunition and a large quantity of money. He denied the weapon was his. He said he had received the weapon from a man named “Easy” who asked him to keep the weapon with him “for a moment”. 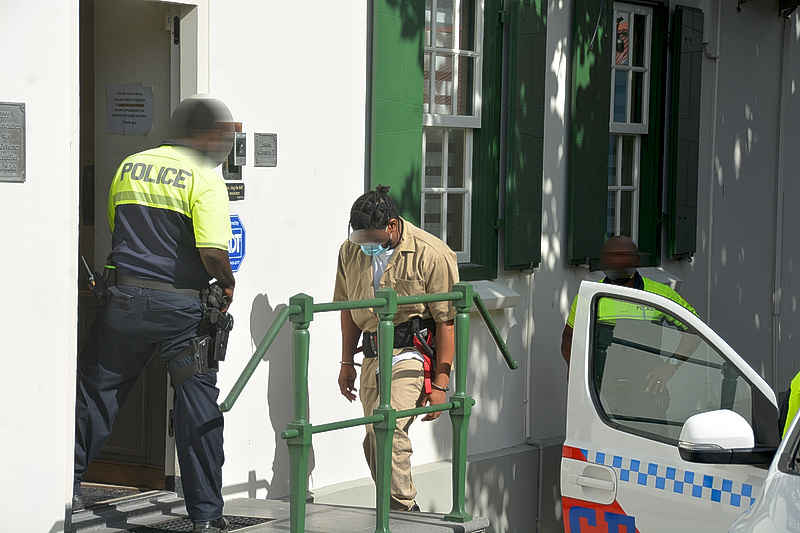