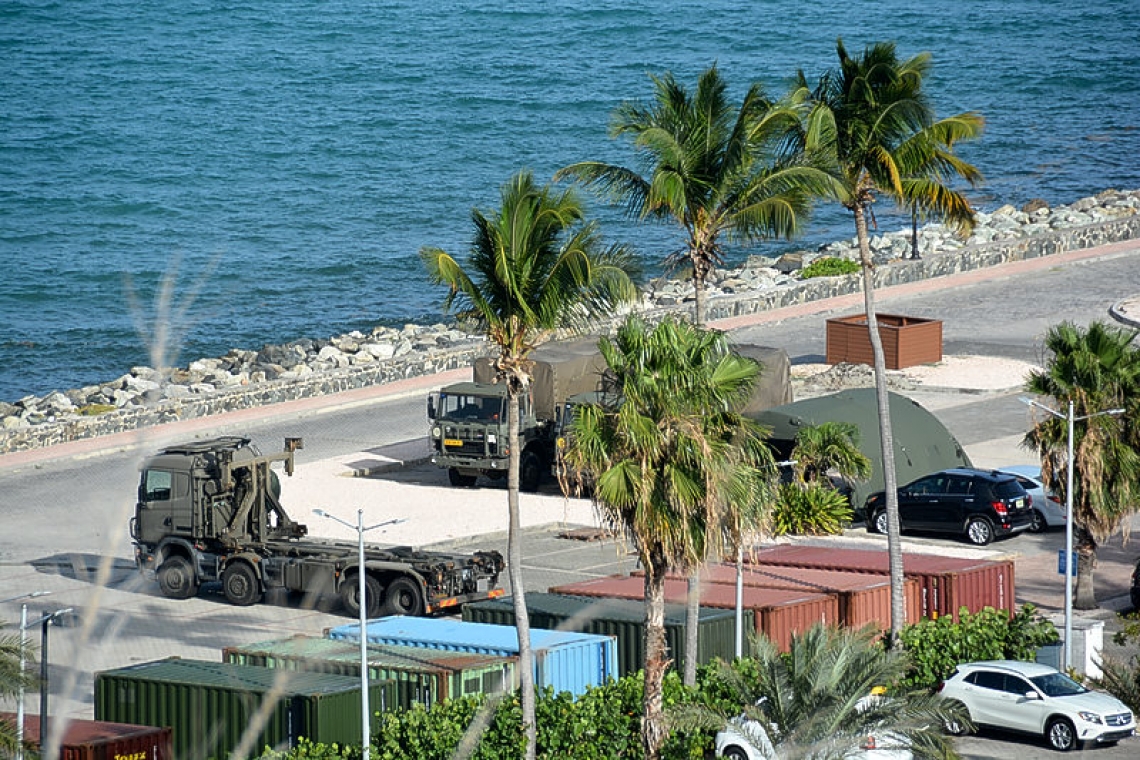 As part of an arrangement between government, the Royal Dutch Marines Corps and Divi Little Bay Beach Resort, the marines stationed at the hotel are entitled to the private use of a portion of the property, including the section leading to Fort Amsterdam.

The rules include a ban on taking photos and videos of soldiers and military vehicles. While the resort’s management say the rules are to give the marines privacy, several residents have also complained that some needlessly enforced these in an aggressive manner.