Grisha to investigate who signed for dossier withheld from MPs 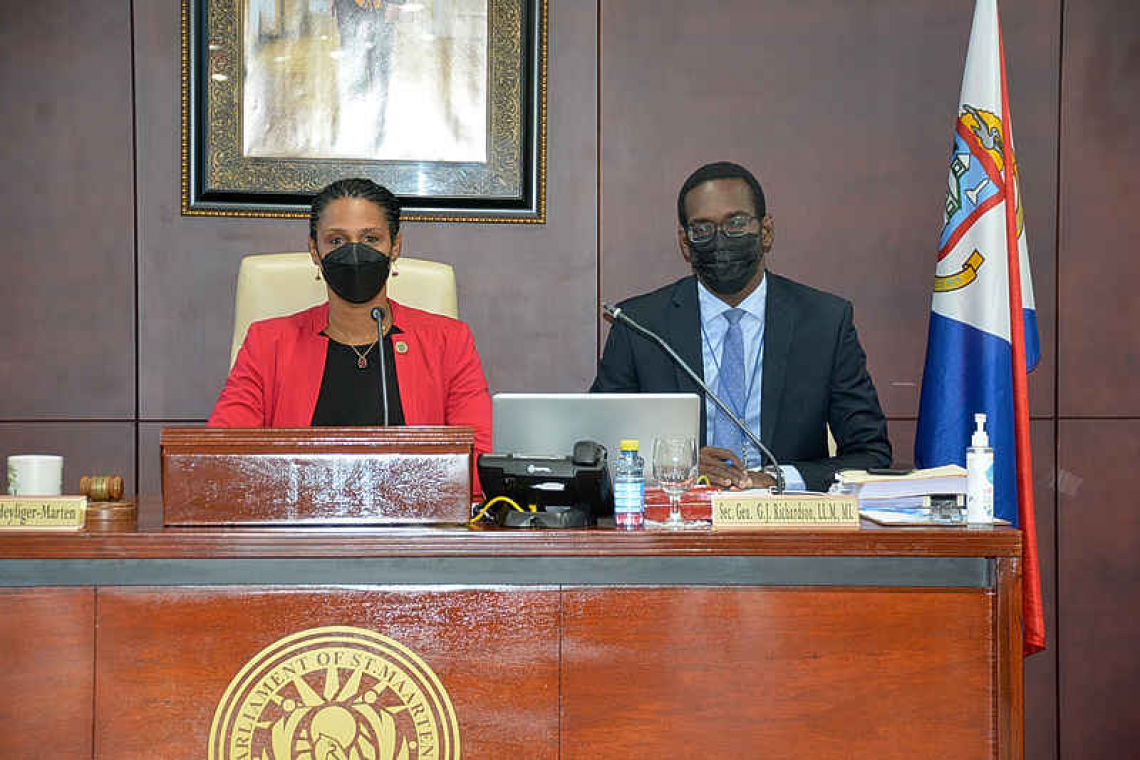 PHILIPSBURG--President of Parliament Grisha Heyliger-Marten will be conducting an investigation to determine who signed to receive the dossier of complaints and allegations made by now-suspended Princess Juliana International Airport (PJIA) chief operations officer (COO) Michel Hyman against the airport’s chief executive officer (CEO) and the supervisory board (operating company), which independent Member of Parliament (MP) Christophe Emmanuel said was submitted to the President of Parliament, but never passed on to MPs.

The dossier was also submitted to the Council of Ministers.

The issue came up in Parliament again on Thursday when Emmanuel, who first raised it on Wednesday, said his questions on this were not answered by Prime Minister Silveria Jacobs.

Tourism, Economic Affairs, Transport and Telecommunication (TEATT) Minister Roger Lawrence later responded to the questions, indicating that he had received the dossier on Thursday morning after requesting it and he needed time to peruse the documents.

Heyliger-Marten, who told MPs on Wednesday that nothing had been booked in at Parliament and that the signature did not belong to the former President of Parliament or to any staff member who usually signs off on documents arriving at Parliament, said she would further investigate the matter.

“I will still do more investigation, because I don’t know who the signature belongs to,” Heyliger-Marten said after concerns were raised by other MPs. “Allow me until tomorrow [today – Ed.] to conclude our full investigation.”

Party for Progress MP Raeyhon Peterson believed that the issue needed to have been addressed on Thursday, as it appeared as though documents were delivered to Parliament but were never turned over to MPs. “Is there any truth to what MP Emmanuel is saying?” Peterson asked. “This is alarming and it needs to be addressed.”

Heyliger-Marten asked for some time to conclude her investigation into who had signed for the dossier.

In his answers to Emmanuel's questions, Lawrence said he had only received the documents at the end of Thursday morning and could only provide proper answers after having gone through the documents thoroughly and after meeting with airport holding company PJIAH this coming weekend.

Emmanuel said that while the TEATT Minister confirmed receiving the documents, he wanted Jacobs to answer his questions, as she had been in office in 2020. He found it hard to believe that Parliament never received the dossier and swore on his deceased mother and aunt that the dossier was delivered to and received by Parliament.

Emmanuel said the legislature has a duty to conduct due diligence and to set the record straight on this matter. He said also that he felt “wronged” because the TEATT Minister needs time to go through the documents and meet with the PJIA and he is therefore “robbed” of being able to ask questions on the dossier during the debate.