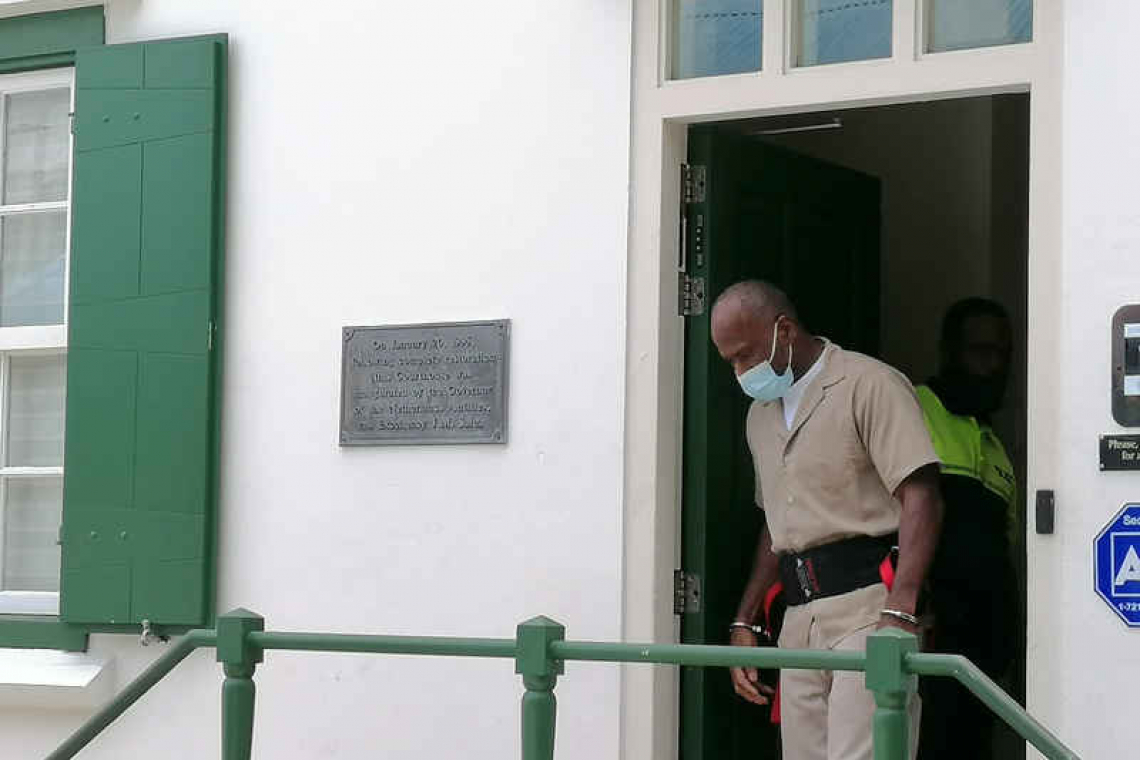 Suspect B.L.N. leaving the Courthouse after Thursday’s pro-forma hearing in his case.

PHILIPSBURG--The trial of B.L.N. (52), who is suspected of brutally murdering Methodist Agogic Center (MAC) educator Rhonda Thomas, will be taking place on Wednesday, September 22, the judge in the Court of First Instance decided on Thursday.

N., who was born in St. Kitts, was arrested at his home in Middle Region on February 17. He allegedly is responsible for killing Thomas, who was found dead in her home on White Sands Road in Beacon Hill on February 15.

Police searched N.’s home after his arrest, and detectives confiscated several undisclosed items. N. was later taken to the Philipsburg police station, where he was incarcerated pending further investigation. He is currently being held in pretrial detention in the Pointe Blanche prison.

Police and ambulance workers found Thomas’ lifeless body on the floor of her Beacon Hill home. She was stabbed multiple times, the prosecutor said during Thursday’s pro-forma hearing.

Traces of blood were found at various locations in the apartment, such as on the bedroom’s doorknob, it was stated.

“This is a tragic case,” the judge said before an audience consisting of family members of the victim and the suspect’s relatives.

The defendant listened to the proceedings while sitting in front of the magistrate, dressed in khaki prison clothes, orange sneakers on his feet, and his wrists and ankles shackled. He denied the allegations, saying he did not know why this crime was being pinned on him.

The prosecutor informed that the investigations into this case are almost finalised, except for some technical, forensic information that is still being processed by Netherlands Forensic Institute (NFI).

N.’s lawyer Shaira Bommel wanted to receive video-camera images and said that a report on the exact time of the victim’s death had not yet been received. She may also file a request to hear a witness about the blood traces that were found in the victim’s kitchen.

Attorney-at-law Marlon Hart stated on behalf of the victim’s relatives that they will be filing a claim for damages in these criminal proceedings to the maximum amount of NAf. 50,000.

N. is no stranger to the judicial system. In October 2020, the Court of First Instance sentenced him to 15 months imprisonment, 12 of which were suspended, on three years’ probation, for his involvement in smuggling four undocumented persons into St. Maarten on November 13, 2018.