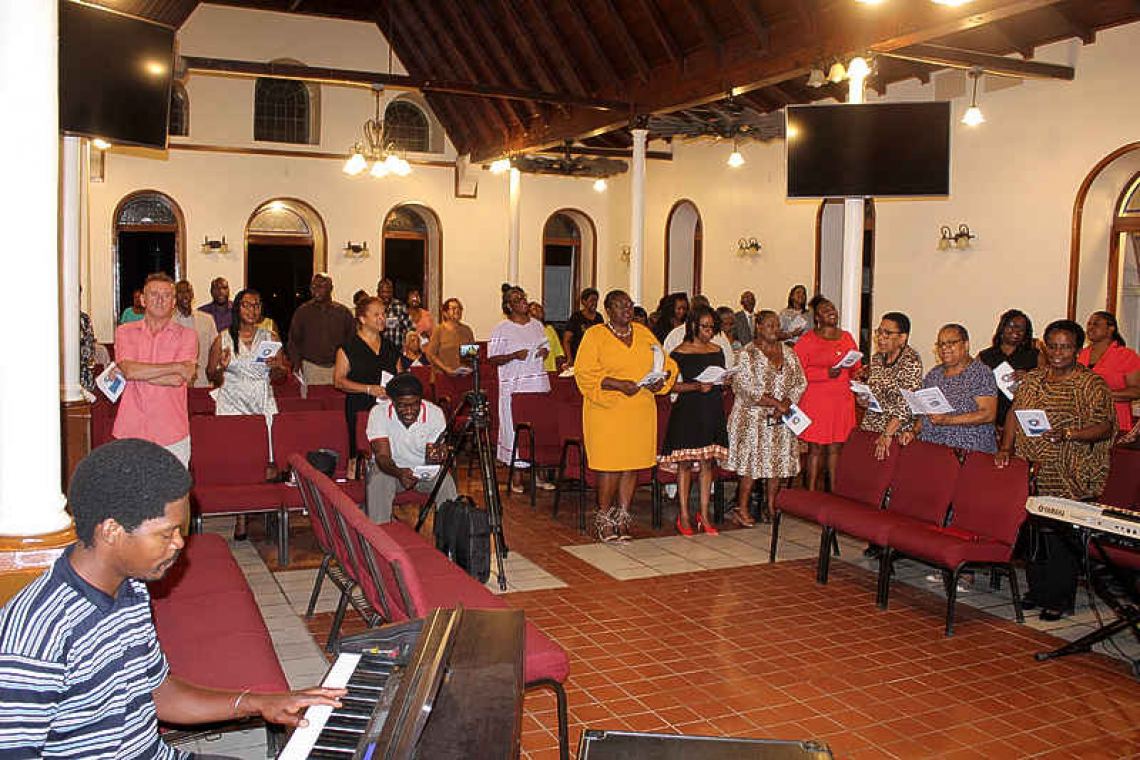 ST. EUSTATIUS--Churches in St. Eustatius came together on the evening of Tuesday, June 1, for a special prayer service to ask for protection during hurricane season.

The Historical Gem has fared better than some of its Caribbean island neighbours over the last three years, but according to Reverend Vincia Celestine at Bethel Methodist Church, the need for spiritual and physical preparation was meaningful.

Her sermon was drawn from Jesus’ parable about the man who built his house upon a rock (Mathew 7:14). “In the same way that building codes in Statia are there to prepare and plan for hurricane damage, Christ’s building codes are there to plan for love and life. Let us be wise in order to survive the storm.” 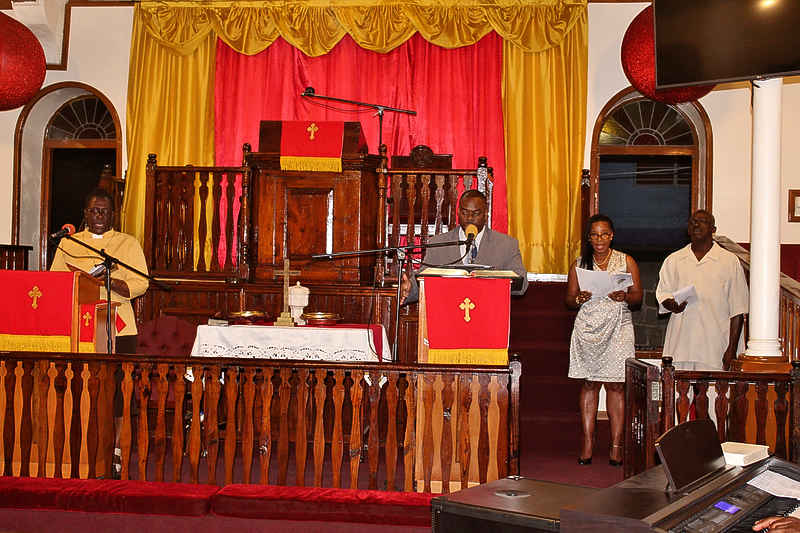 The choice of music and song was a source of much enthusiastic swaying and foot-tapping in the pews. Church singing voices were raised through the moving lyrics of the familiar African American spiritual Kumbaya (“Come by Here”). The joyful harmony could be heard many blocks away from Black Harry Lane. 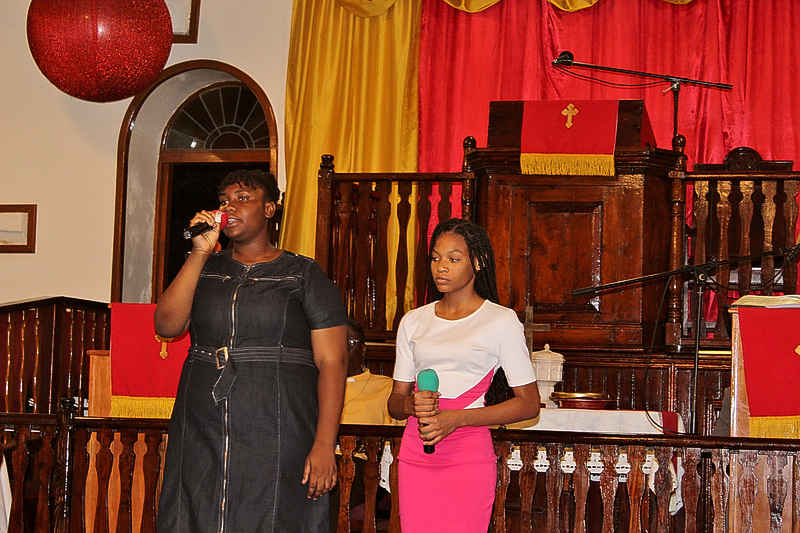 Two of the youngest performers that night: Nicole Blair and D’Shanay Vlijtig.

Francis reminded that June 1 is the start of the 2021 hurricane season for the Atlantic basin. In Statia, she said, a collaborative team that consists of government, emergency support services, island support, residents and others have experience preparing for hurricanes and dealing with the aftermath and effects on nature, social life and the economy.

The effects of the hurricanes of 2017, she said, are still fresh in everyone’s minds. Hurricanes Irma and Maria caused severe damage to nature (erosion to the coastlines) and the economy, Francis said, although the material damage to homes was less compared to previous years and compared to the devastation on neighbouring islands.

“As part of our tradition, this evening we come together here in this ecumenical service to pray for a hurricane season that we will be able to cope with and as public entity St. Eustatius, we are thankful to have been spared these past three years.”

During those three years, she said, the island had the opportunity to restore homes and roofs, and build completely new homes for residents to be better prepared for future hurricanes. She also spoke about the newly-constructed Emergency Operating Centre (EOC) where the government and the Island Support Team can operate during any crisis.

She reminisced about 2020, when the island had to prepare for managing hurricanes in times of COVID-19. “I am pleased to inform you that the groundwork is already laid down in a contingency plan and we now need to prepare to face the new hurricane season with the same level of vigour and readiness as we have done throughout the decades.”

As part of this preparation, several actions are currently taking place to ensure that the island is ready to face any possible disaster: residents have been offered support with the removal of debris from their immediate surroundings and owners of containers have been requested to have these containers securely anchored to avoid the inevitable when they remain unanchored.

The 2021 Atlantic hurricane season is anticipated to once again be an active year, with expected above-normal activity. Francis is therefore appealing to residents to consider how prepared they are for a potential storm.

In the coming weeks, the Statia government plans to release a series of videos about tropical storms, regular hurricane updates from the Royal Netherlands Meteorological Institute KNMI and hurricane preparedness. Residents are asked to closely follow the developments via local radio, the government of St. Eustatius Facebook page as well as their website.

“An engaged and informed community will be prepared to face any storm/hurricane/crisis,” Francis said.

She thanked the Christian community for hosting the service each year as a kick-off to the Atlantic hurricane season, as well as making their facilities available as shelters for residents who may need to escape harm’s way before, during or after a hurricane.

“Let us continue to work together, because in every crisis St. Eustatius will be as strong as the weakest link,” Francis said.

An uplifting song came from Nicole Blair and D’Shaney Vlijtig of the Seventh-Day Adventist Church. Their performance of Mariah Carey’s and Whitney Houston’s song “When you believe” received roars of applause.

One worshipper described the service as an inspirational experience. “Words without belief or action do not a church service make. But by coming together before the hurricane season we have a prepared eye on the storm before the actual eye of the storm is on us,” he said.