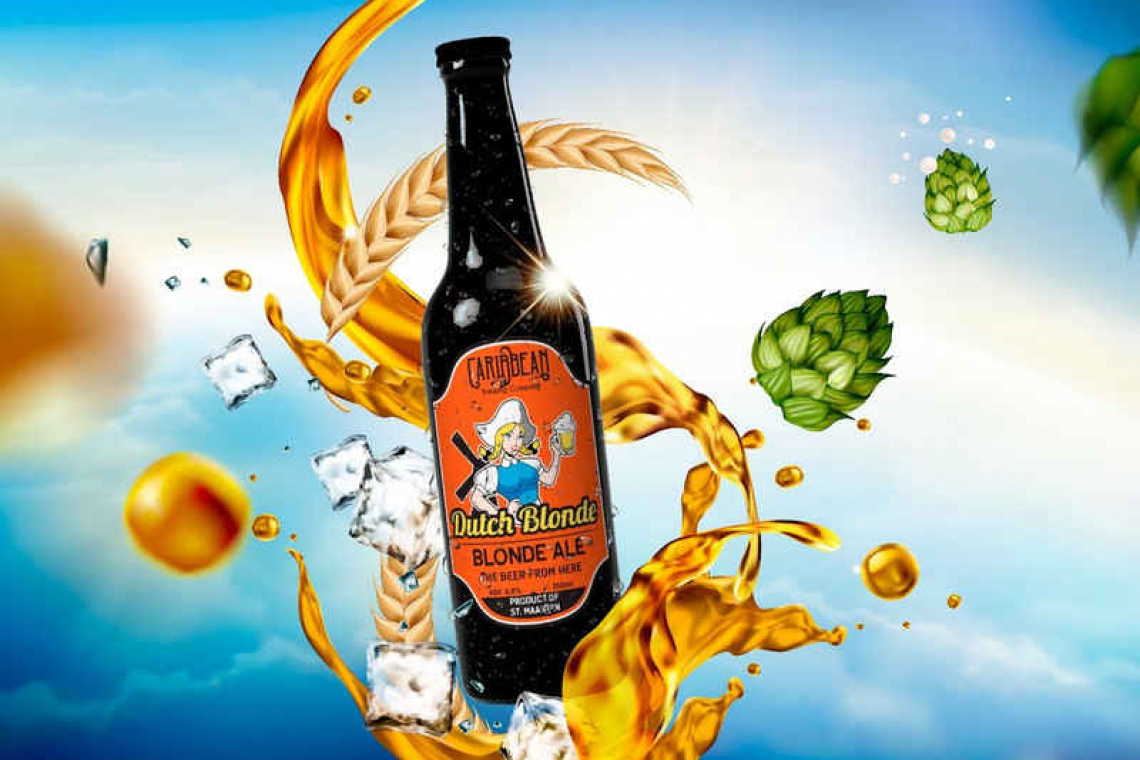 This was announced by Dutch Blonde Ale’s brewery Caribbean Brewing Company BV. More than 2,000 entries were submitted for the London Beer Competition 2021 from the Americas, Asia, Australia and Europe. With its Silver Medal, “Dutch Blonde Ale” was the top-ranking Caribbean entry and the first beer ever from St. Maarten to be awarded on this global platform.

All beers were awarded between one to 100 points by a jury of 16 beer experts, selected from all sides of the industry – writing, brewing, trading, beer sommeliers, marketing and educators. The goal of the London Beer Competition is to “award and celebrate beers that beer buyers want to buy.” The competition’s judges examine the many emerging and re-discovered styles which intrigue the drinker and appeal to new and lapsed beer drinkers. The holistic make-up of the judging panel consisting of beer industry experts from across the commercial buying aspects is meant to ensure that all beers selected as winners are exactly the types of beers that are favoured by both the beer trade and the consumer.

The jury’s verdict on the award-winning Dutch Blonde Ale was “fruity and spicy with honey, orange and clove flavours. Overall, very complex and refreshing.”

Chief Executive Officer (CEO) Sid Patel of London Beer Competition organiser Beverage Trade: “The craft beer revolution has brought us many different styles, previously either unknown or re-found. Our judges have thoroughly enjoyed looking at and debating the many different entrants, looking at beers the way beer drinkers do.”

Caribbean Brewing Company’s Master Brewer B. Campbell and Founder Sunil Vaswani are elated about winning the medal. “Heineken still depicts its medals they won in the 1900s on every bottle – just as proudly, we will cherish Dutch Blonde Ale’s new badge of honour towards the future”.

Caribbean Brewing Company BV currently produces the Dutch Blonde and three other beers at its Brewery located in Pointe Blanche. The brewery is open for visitors and tours are frequently organised. They have also opened a flagship beer garden, the Dutch Blonde Beach Bar and Restaurant inside the iconic Windmill on the Boardwalk in Philipsburg.