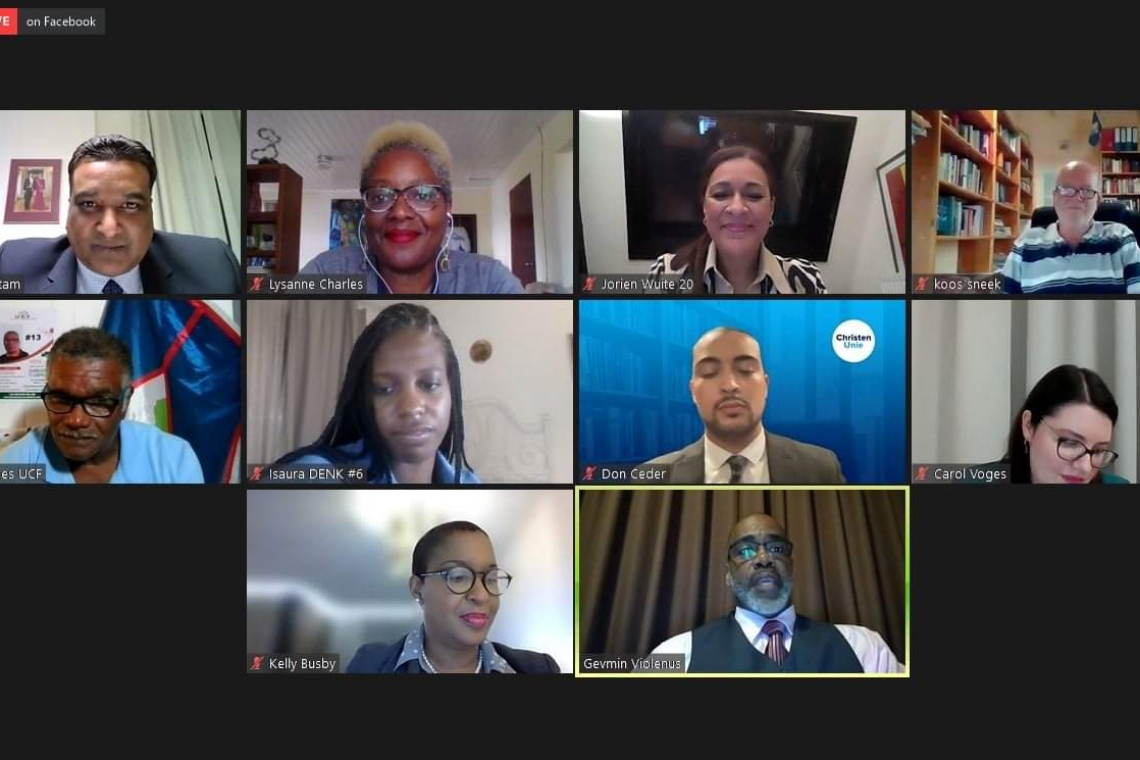 A screenshot of the virtual debate in progress.

The candidates are all standing for election to the Dutch Second Chamber of Parliament. Elderly and vulnerable Dutch voters began casting ballots on Monday at bike-through polling stations, churches, and conference centres as three days of socially-distanced elections started in the Netherlands. The newly-elected Dutch Second Chamber members will take their seats on April 2.

The debate focused on the effects of climate change on the Caribbean islands, equal opportunities for island students in education, and kingdom relations and the democratic deficit.

“The purpose of this debate was not only to offer a platform for the candidates to inform voters of the party programmes and visions, but more so to encourage voters hailing from the Caribbean and South American diaspora in the Netherlands to go out and vote.

“Statistics over the past years have shown a relatively low voter turnout amongst this specific group of voters,” said St. Maarten House in a press release on Monday.

In his welcome remarks, Violenus emphasised the importance of voter participation in the Second Chamber elections. He also stressed the need to have persons from the diaspora elected as members, adding that this would raise the quality of legislative decision-making on issues that affect the diaspora and the wider Dutch kingdom.

The entire debate can be viewed on the Facebook page, “Cabinet of the Minister Plenipotentiary of Sint Maarten”.