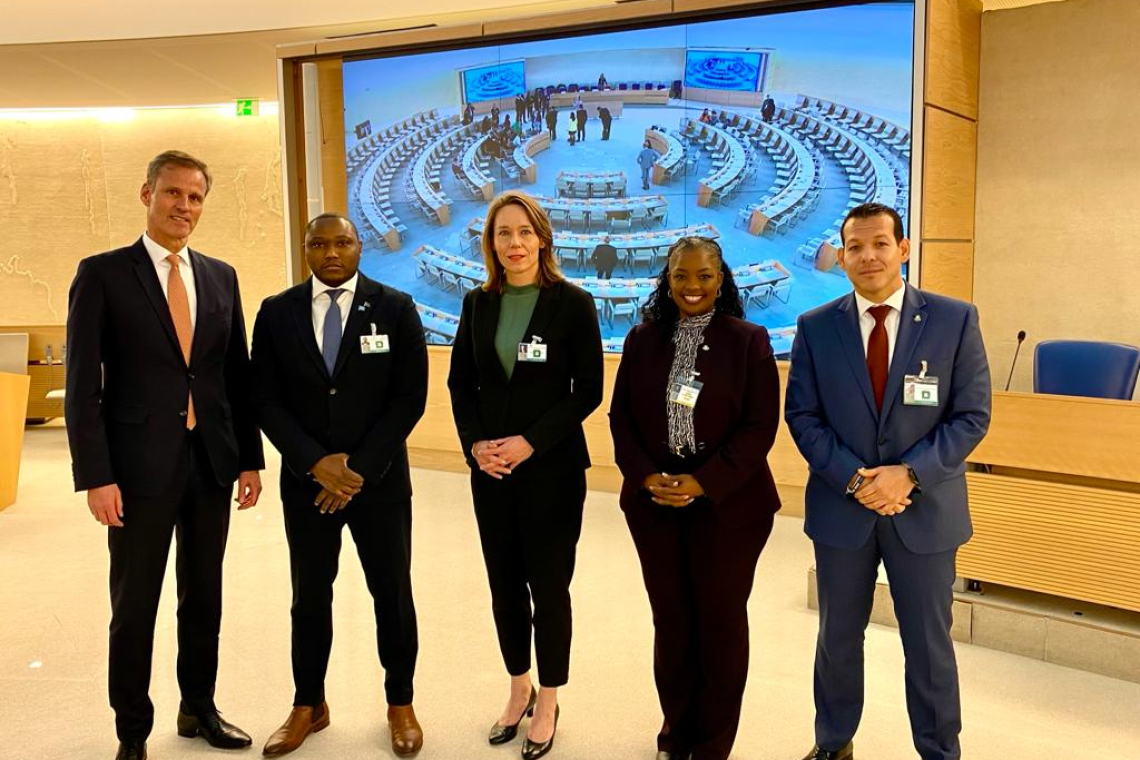 PHILIPSBURG--Minister of Justice Anna Richardson led the Kingdom delegation to the 41st session on the 4th Universal Periodic Review (UPR) of the Kingdom of the Netherlands at the UN Office in Geneva, Switzerland, on November 15. The UPR is an examination by UN member states of each other’s record in upholding international human rights obligations.

Of the 193 UN member states, the Kingdom received 101 interventions and a total of 255 recommendations. St. Maarten’s recommendations focused mainly on the areas of migration, asylum and climate.

Richardson said, “Great appreciation was noted for the work being done to improve the penitentiary system, including the construction of a new detention centre (prison) on the island by the United Nations Office for Project Services (UNOPS)”.

In her opening statement, Richardson discussed the project, which is in its final stages, and a comprehensive plan of approach that will focus on rehabilitation. In her remarks, she also discussed the impact of climate change on small islands, victim support, children’s rights, and the role of the recently-launched National Development Vision (NDV).

The NDV will be used to align government actions with international obligations moving forward. Human rights in St. Maarten are coordinated by the Human Rights Platform, an inter-ministerial work group, and chaired by the Department of Foreign Relations.

In regard to the more general recommendations for the Kingdom, whose delegation comprised the Ministers of Justice of Curaçao, Aruba and St. Maarten, and the Netherlands’ Minister of Home Affairs and Kingdom Relations, note was made in the varying degrees of the application of rights across the Kingdom, Richardson said. “Specific mention was made of capacity issues as well as the conditions for aid and support between the larger country and the countries in the Caribbean.”

Overall, the UN member states gave a positive response to the kingdom’s report and responses to criticism received. The kingdom will follow up in February with what recommendations will be accepted.

Richardson closed the 41st session by reiterating the government’s commitment to human rights and the importance of a strong civil society in the development of a healthy democracy.