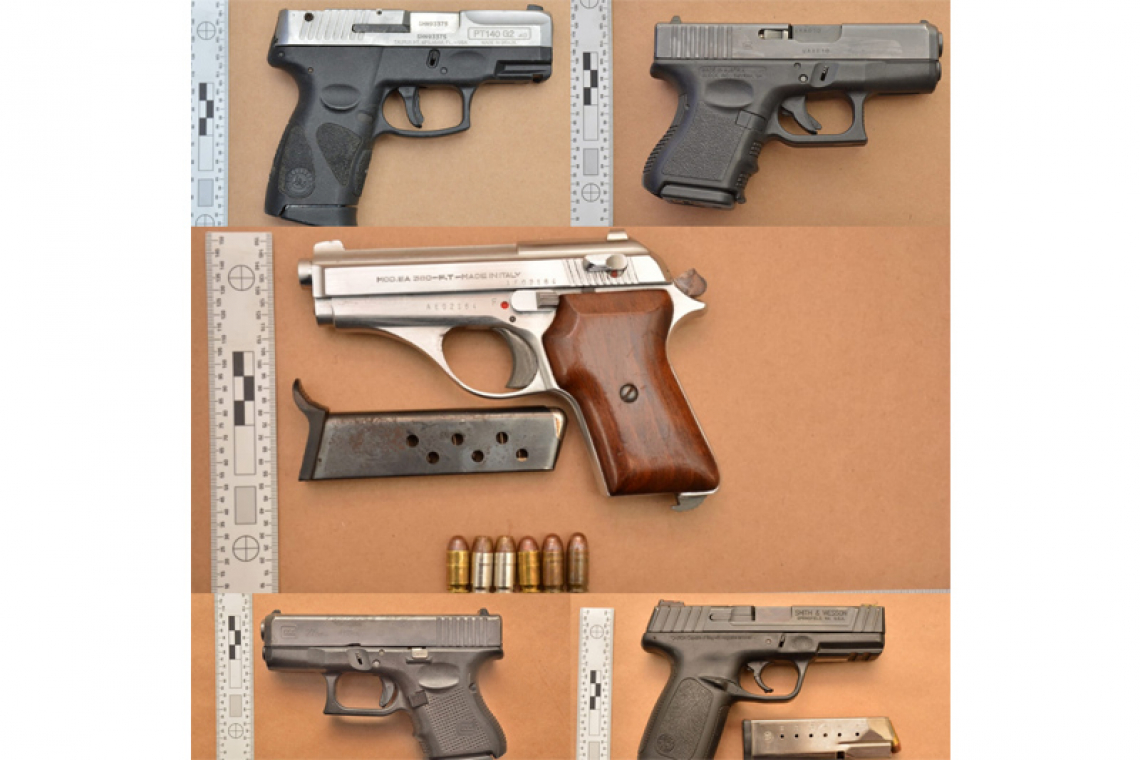 The Police Force St. Maarten, in collaboration with the Prosecutor’s Office, has confiscated six illegal firearms in the past four months. In photo: Five of the six confiscated firearms.

These confiscations average at least one illegal firearm taken off the streets by law enforcement officials approximately every three weeks. The weapons were confiscated directly from suspects, found in searches or from crime scenes.

“While the removal of these deadly weapons from the streets is a good development, OM SXM is still very concerned about the number of illegal firearms in the country and the use of these in the committing of crime,” the Prosecutor’s Office said in a statement. “The ongoing cases that have yielded these illegal firearms are only some of the incidents in which firearms were used by criminals since the start of 2021.”

Possession of an illegal firearm carries severe penalties under the Penal Code. “Those penalties become even graver when weapons are used in a crime and used to assault, injure or kill another person,” the Prosecutor’s Office warns.

“Helping to rid the country of illegal weapons and removing these from the hands of criminals may aid in safeguarding a life, whether it is your own, that of a loved one or even someone else in the community. Therefore, anyone in the community of St. Maarten who knows about illegal weapons or has information about robberies or other crimes should contact the police. Information can be shared with law enforcement confidentially.”