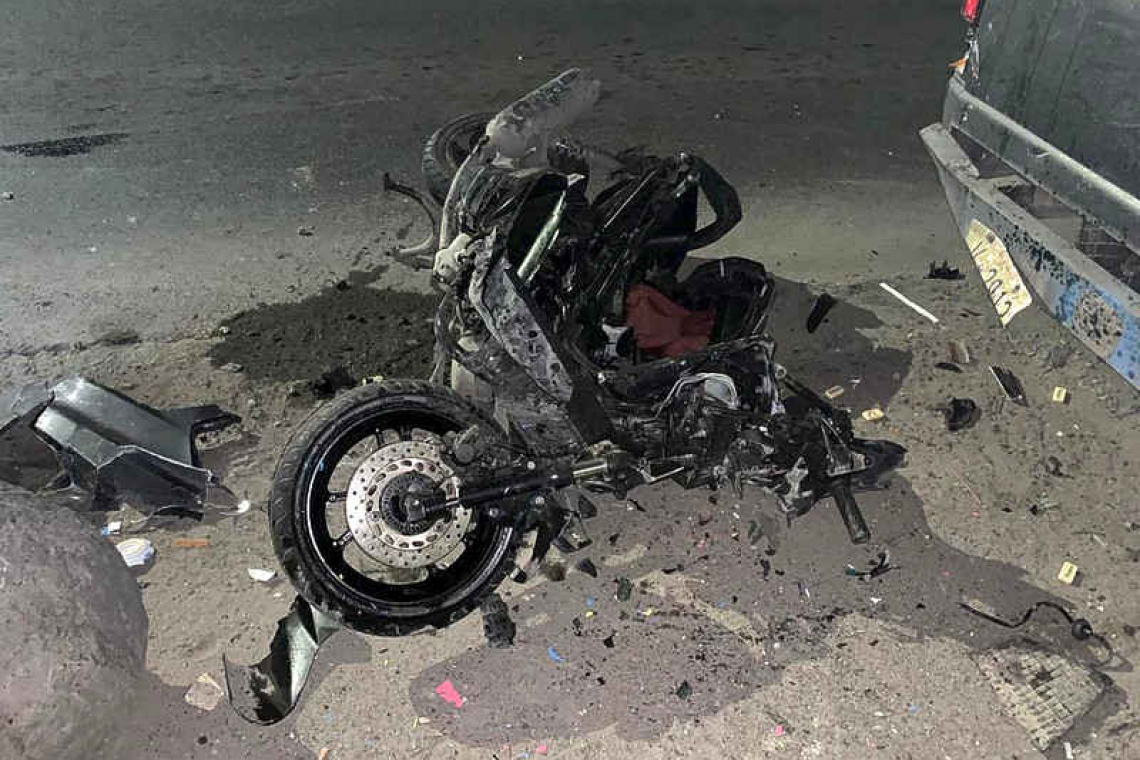 The scooter involved in the incident.

PHILIPSBURG--A scooter rider and the driver of a grey Hyundai Creta left the scene of a three-vehicle accident on A.Th. Ilidge Road around 1:30am Tuesday, January 12.
Police spokesperson E. Josepha said in a press release that preliminary investigation shows that the driver of the Creta, which was coming from the direction of the roundabout, lost control and collided with a scooter coming from the opposite direction.

After being struck by the Creta, the scooter collided with the back of a black pickup truck that was parked on the side of the road. 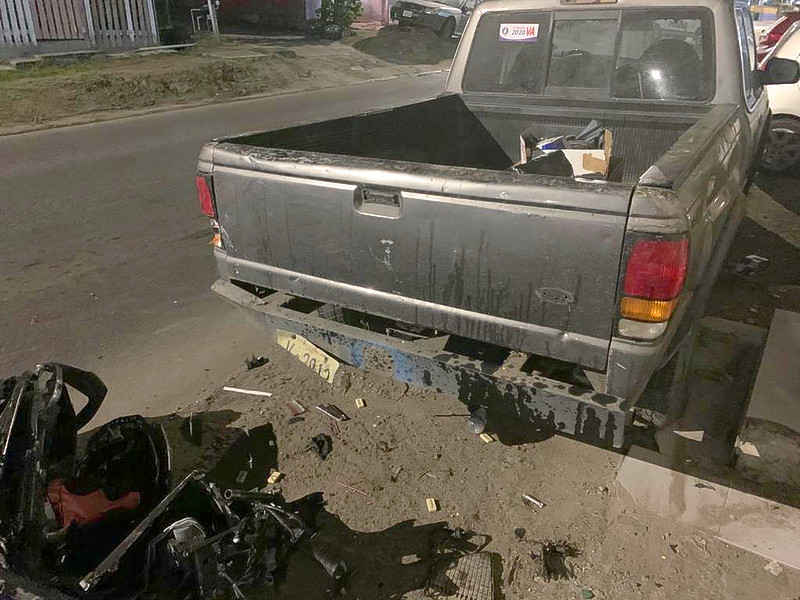 When officers arrived on the scene, it appeared that the scooter rider and the driver of the Creta had left the scene after the accident. The Traffic Department is investigating the incident.

The Police Force said that it has become noticeable over the last few months that scooter riders and motorists leave the scenes of accidents without leaving their personal information behind, which is considered a criminal offence.

The police cautioned motorcycle/scooter riders about their behaviour in traffic. “We will continue to work towards keeping St Maarten’s roadways safe, but it is a job that cannot be done without the help of the community. In many cases, easy safety measures can be taken to prevent unnecessary accidents,” Josepha said in the release.