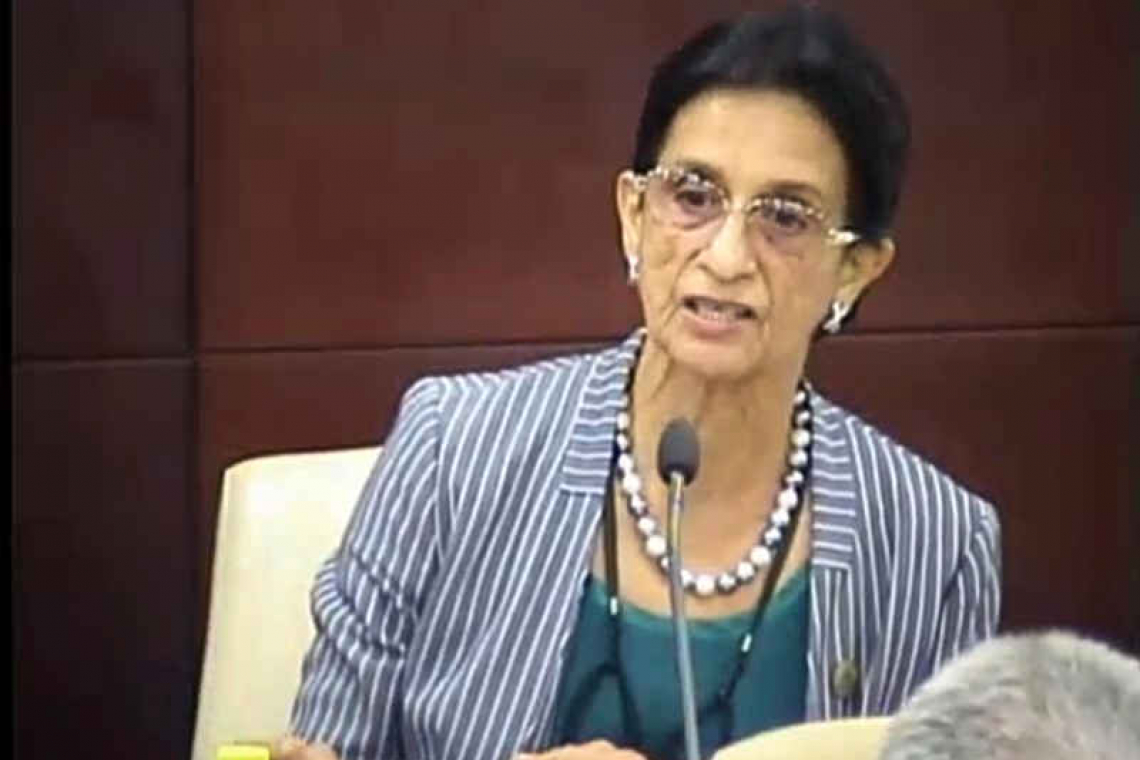 PHILIPSBURG--United Democrats (UD) Member of Parliament (MP) Sarah Wescot-Williams on Wednesday chided government for its “lackadaisical” attitude towards the country’s highest legislative body, stating that government is taking the Parliament of St. Maarten for granted.

She made the remarks during the “notifications” segment of a meeting of the Central Committee of Parliament on Wednesday, regarding the advice for the composition and installation of MPs to the Permanent and Ad Hoc Committees of Parliament and to the Latin American Parliament Parlatino. She later issued a press release about the matter.

Wescot-Williams said she was taken aback when Governor Eugene Holiday announced during the opening of the new parliamentary year on Tuesday that the 2022 budget will be presented to Parliament in November, when it was just recently that Finance Minister Ardwell Irion said it would be presented on time.

“It was only a few weeks ago that the minister of finance stated emphatically that the budget would reach Parliament by the constitutional date and that is, the government shall submit one or more drafts of the budget to Parliament each year, no later than the second Tuesday in September,” Wescot-Williams said in a press release issued after the meeting.

“To say the budget will get here in November without any explanation or even an apology is taking this Parliament for granted, which is unacceptable, at least to me. Ironically, the current minister of finance, who is responsible to get the budget to Parliament, was signatory to a motion against his predecessor P. [Perry – Ed.] Geerlings for the fact of not presenting a budget on time. Clearly that motion was only expedient to get himself and colleagues in the seat of government. Now in the seat, apparently proper governance has no priority for this government,” said Wescot-Williams.

Wescot-Williams also alluded to a request by several factions, including the UD, for an urgent public meeting on government’s long lease land management. In their request the factions United St. Maarten Party, Party for Progress and UD alluded to the public debate taking place, the concerns expressed by the Ombudsman on this matter, the land and/or property tax proposal and government’s blanket announcement to take back land from defaulters, as issues of concern for them, Wescot-Williams said.