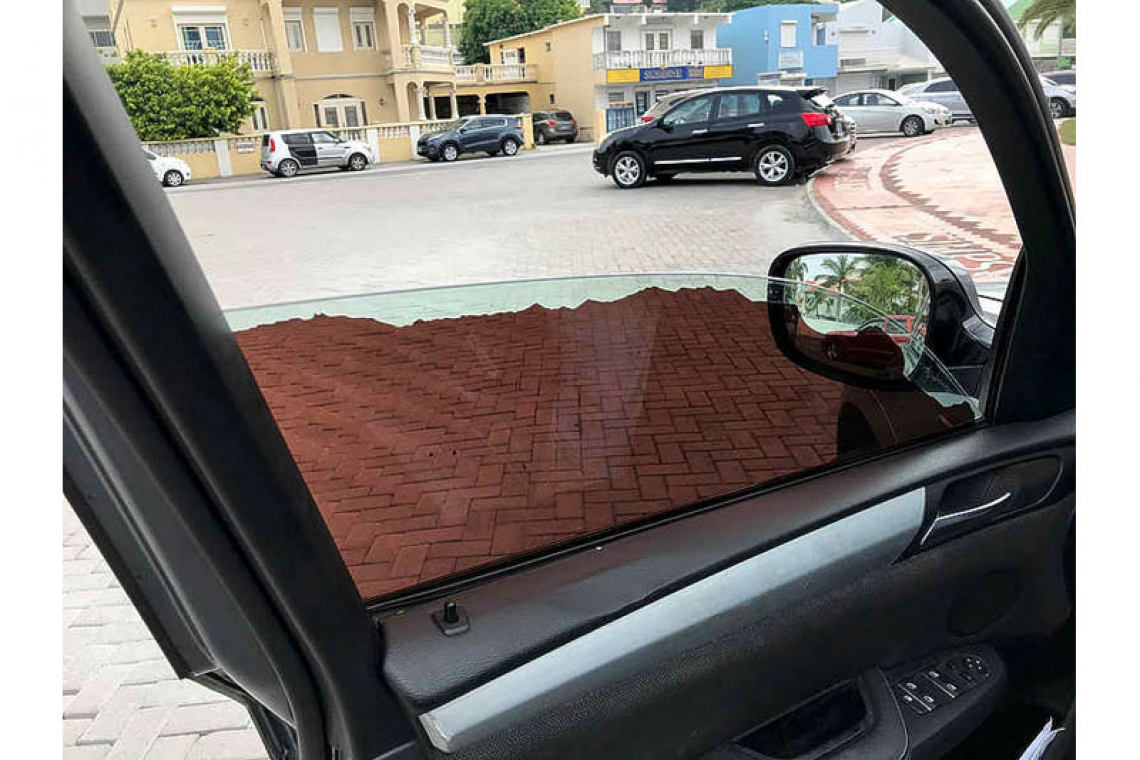 The driver-side window showing the tint that police officers allegedly attempted to remove.

PHILIPSBURG--A French resident from Almond Grove has complained about the way he was treated by police outside the Flow New Technologies Group N.V. (formerly UTS and Caribserve) offices on Wednesday, October 6, when he stopped his car briefly to let a friend take a router into the office to be reset.

C.H. said the exchanges led to his BMW car being damaged when the police officers attempted to take off the tint on the driver-side window while some of the vinyl on the door interior below the window also got damaged.

H. received a fine of 50 guilders for illegal parking which he has already paid. He also accused the police of being dismissive of his handicapped status despite having a handicapped sticker on the car’s windscreen and a card. He felt he was being unfairly treated because he is French. He has also had multiple heart surgeries and cannot wear a seat belt on the advice of his cardiologist.

“The first time I stopped outside the offices, the female police officer asked for my car documents and let me go but when I came back again to pick up my friend with the router, another officer was there who asked for my documents a second time”, he told The Daily Herald. “Then the officers said the tint on my car was too dark. I told them the tint came like that from the factory.

“The female officer said she was sure the tint could come off and started to scratch and peel it off. I pleaded with them not to do it.  Normally the law says you don’t touch the car. The police are supposed to tell you to remove the tint, not to do it themselves and go inside your car.”

Some damage to the vinyl under the window. 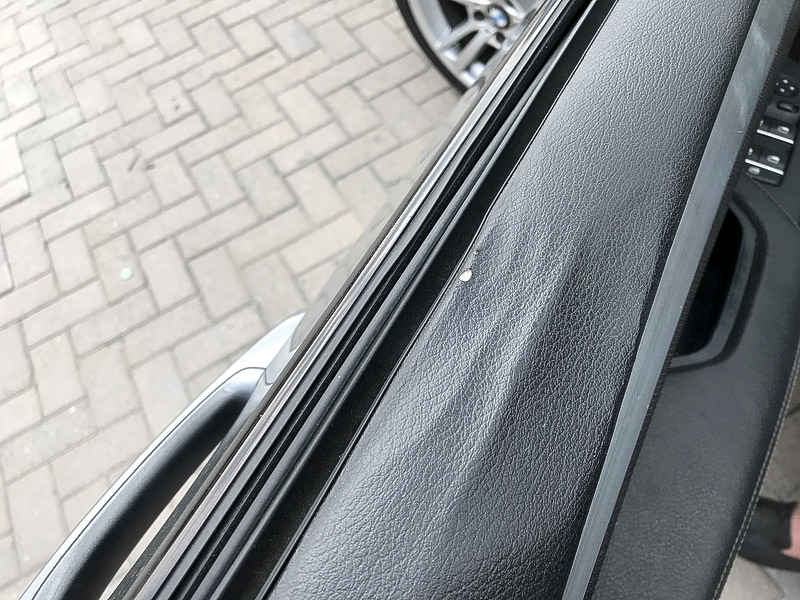 According to H. the damaged to the scratched tint means he will have to order a new tinted glass window from BMW, plus have the damage to the door interior repaired which might not be repairable. If that’s the case, a new door costing around US$3,000 will have to be ordered.

“What I didn’t like was the aggressive attitude of the police towards me, smiling all the time as if they were enjoying what they were doing,” he added. “It seemed they didn’t care and there was no provocation on my part. It’s the first time something like this has happened to me since I came to the island in 2002.”

With the help of lawyer Stomp, H. reported the incident to the Prosecutor who has said it will be investigated. He also asked the French Consul in Almond Grove for protection in case of repercussions by the police against him in the future.

Responding to the complaint on Monday, Police Inspector Josepha said first of all stopping or parking is completely prohibited on Codville Webster Street where Flow is located.

With regard to the alleged attempt to remove the tint by the police officers, Josepha said if this is true the gentleman would need to make a complaint at the police station with Mr. Schoop from Internal Affairs.

“The driver side and passenger side windows must be 70 per cent clarity or higher. Most of the modern imported cars are like that,” he explained. “The only exception to the rule (for under 70 per cent) is if you obtain an exemption from the Ministry of Justice based on a medical referral.”