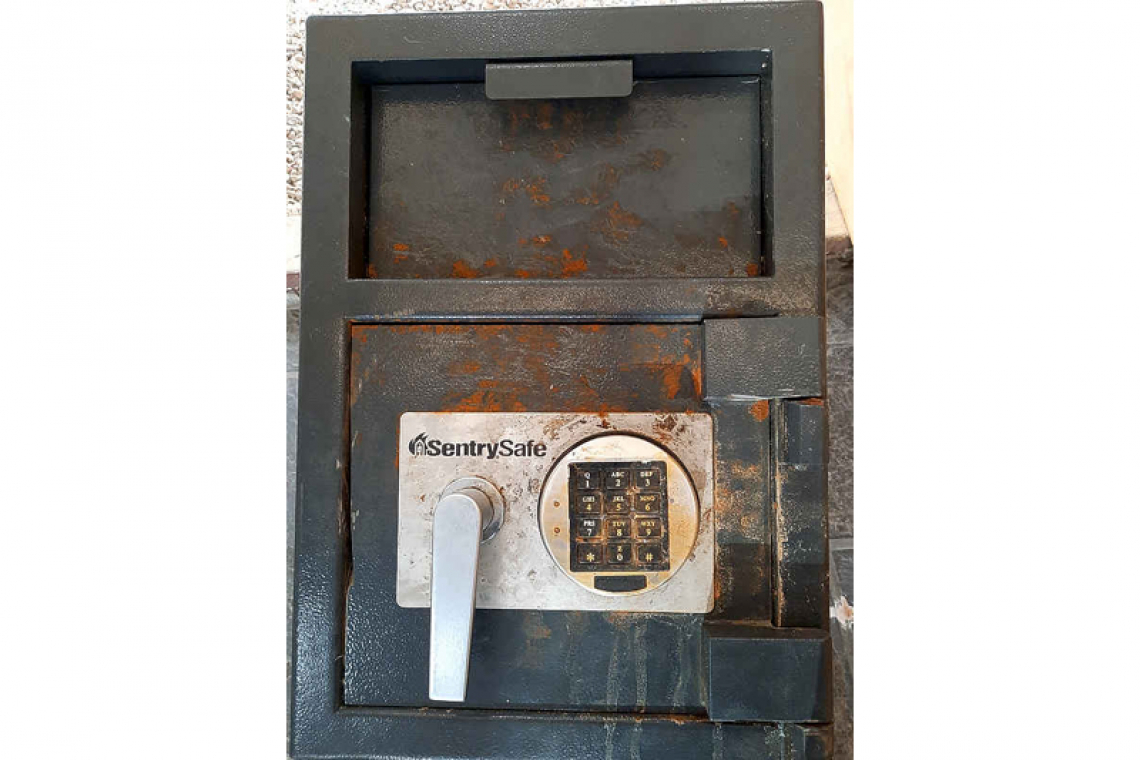 The mysterious safe that was found in Simpson Bay Lagoon.

SIMPSON BAY--Police officials are asking the community for information about a damaged and suspected stolen safe that was mysteriously found in Simpson Bay Lagoon on Wednesday.

Police said in a statement that a resident living on Airport Boulevard near the lagoon’s edge called Central Dispatch on Wednesday about a safe they saw in the water.

The safe ended up being hard to retrieve, and it took the combined efforts of police officers, Dutch Caribbean Coast Guard (DCCG) personnel and a neighbour to get the safe out of the water.

Once the safe was on dry land, authorities realised that the back of the safe had been cut open, presumably with a grinder. The safe was empty, leading police to believe that it had been stolen and its contents were removed by one or more thieves.

Police request the persons from whom the safe was stolen to file an official complaint at the Philipsburg police station.

Anyone with information about the safe can contact police’s Detective Department by calling tel. 1-721-542-2222, ext. 204/205. Persons can also call the anonymous and free-of-charge tip line at tel. 9300, or send a private message to the police Facebook page, “Police Force of Sint Maarten – Korps Politie Sint Maarten”.