Pinel Island closed due to Sargassum 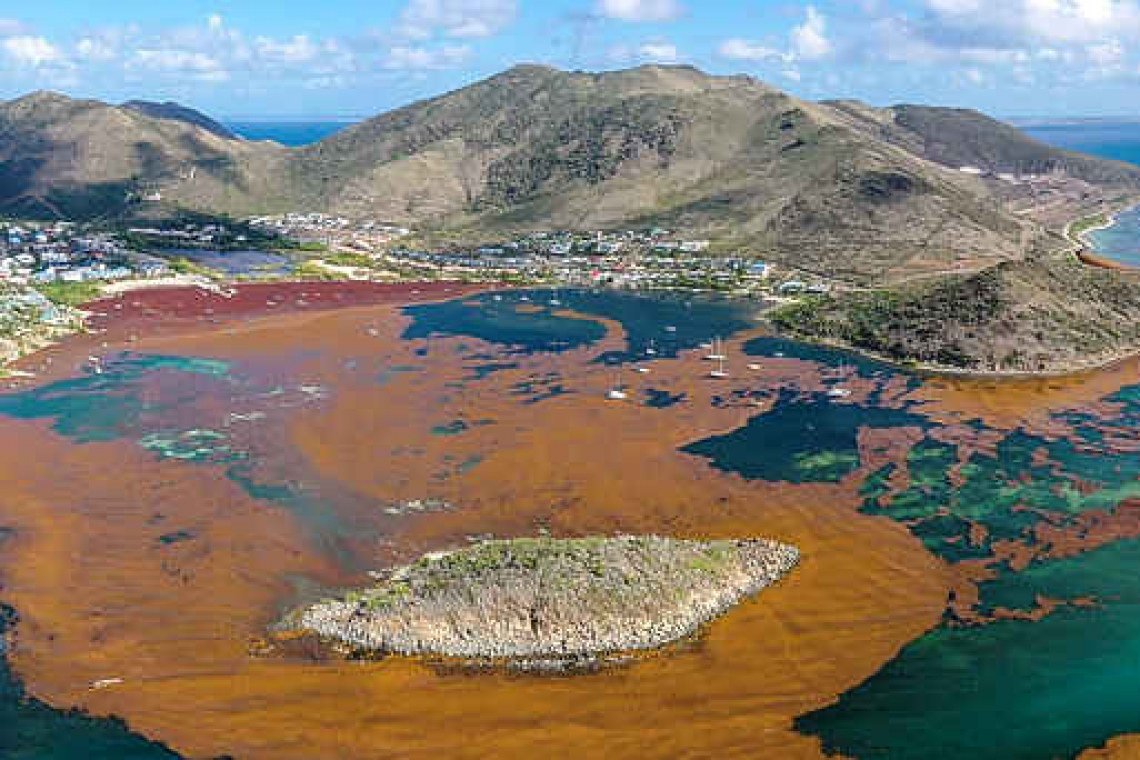 The drone footage taken on Saturday by Oswen Corbel shows the bay covered in Sargassum and the island of Little Key surrounded in the foreground.

CUL-DE-SAC--The Bay of Cul-de-Sac on the French side is currently affected by a massive influx of Sargassum weed, covering almost the entire bay from east to west. As a result, Pinel Island is closed until further notice, and ferry captains are out of work.

One captain said he “has never seen anything like it in 47 years.”
It was understood the Collectivité is waiting for more equipment to arrive this week. One backhoe was seen working on Sunday, from a Guadeloupe company contracted by the Collectivité. 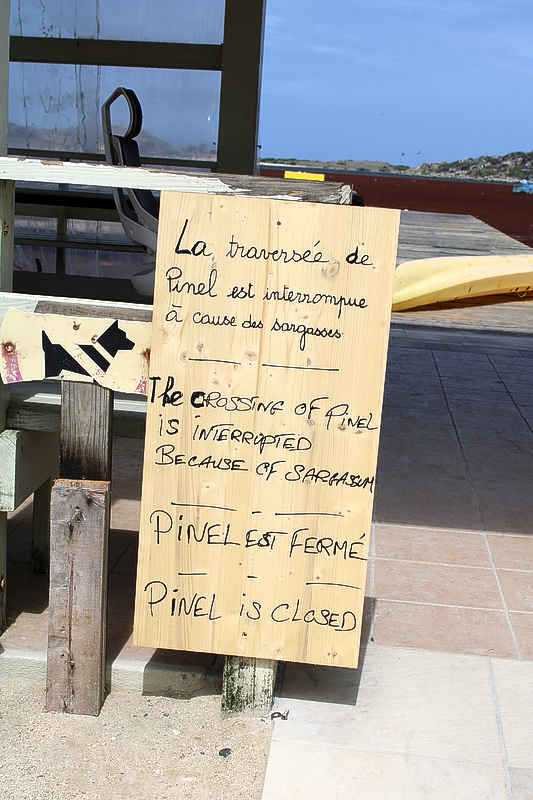 A notice at the Pinel Island ferry departure point informing of the closure of Pinel Island.