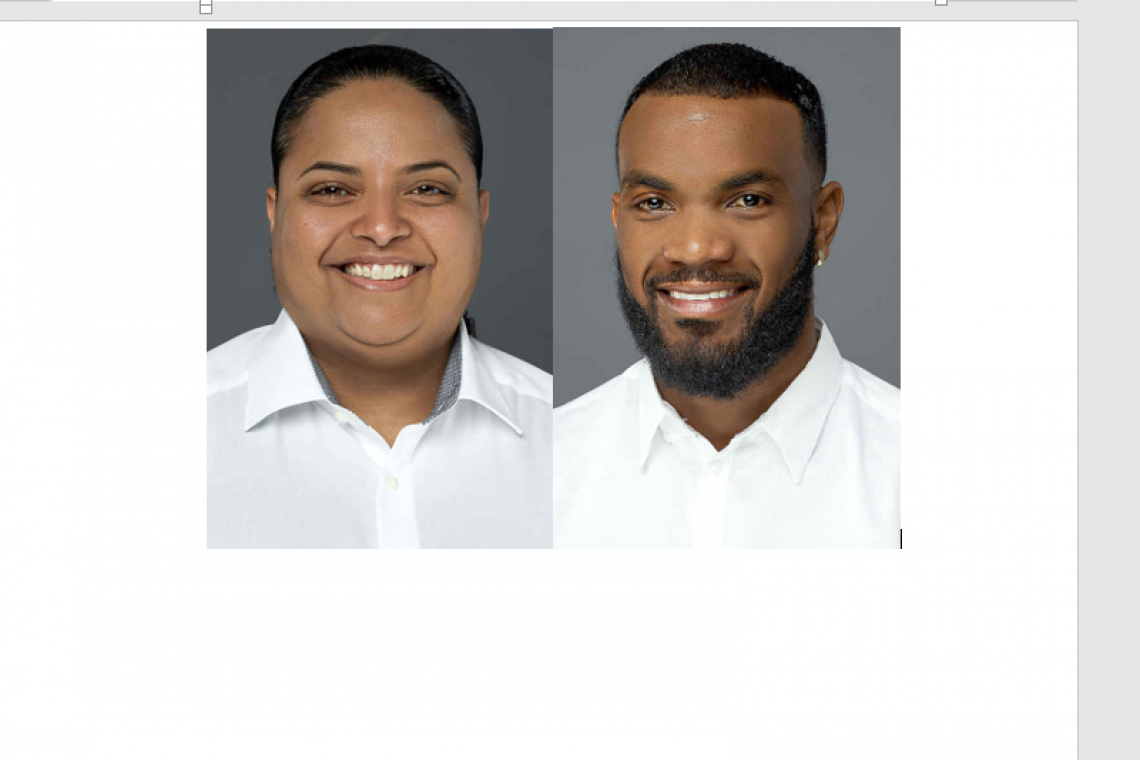 PHILIPSBURG-- Party for Progress (PFP) Members of Parliament (MPs) Melissa Gumbs and Raeyhon Peterson denounced recent statements made by Prime Minister Silveria Jacobs, who, during the Council of Ministers press briefing on Wednesday, warned that government’s attention will be focused on adjusting the country’s legislation “to criminalise the press and members of the public from sharing leaked internal government documents.”

Instead, the PFP faction calls on the government to institute a so-called whistle-blower policy.

Although Gumbs and Peterson share Jacobs’ sentiments that civil servants should act with integrity and face consequences if they breach their oaths of confidentiality, both MPs drew the line when the prime minister referred to reporters and the public.

“It is reprehensible to me if, as a reporter, you think it is okay to place official documents [in the public sphere – Ed.] – and not only reporters, I have seen politicians do it. I have seen others do it over the years. I am looking into the legal ramifications,” Jacobs said during the press briefing. “This is a serious situation on St. Maarten and if laws have to be adjusted so that the necessary consequences can be felt by those perpetrators, then that will also have our attention to be done,” the prime minister went on to say.

Gumbs said, “It is reprehensible to me that the prime minister would have the audacity to stand in a press briefing and attack the freedom of the press and the right of the public to have an informed debate. We often hear talk about the Dutch trying to institute a police state in St. Maarten but close our eyes to the local efforts, conscious or not, of trying to turn our country into a place where the average citizen, not civil servants under oath, will have to live in fear of what the justice system could do to them for calling out the questionable behaviour of elected and appointed officials.”

“The prime minister finds it alarming that ‘we have created a culture that leaking information is the way to go,’ but she seems to not reflect and also finds it alarming how people can feel that leaking information is the only way that the public will force the government to be transparent,” added MP Peterson. “During the budget debate in June, I asked the minister of [Public Housing, Spatial Planning, Environment and Infrastructure – Ed.] VROMI about the developments regarding long-lease land in Vineyard Heights. When the meeting resumed, I still could not get an answer. If it wasn’t for a civil servant brave enough to provide the documents, I would not have known that the minister of VROMI already knew the answer to my questions and refused to respond anyway.”

The PFP faction makes it clear that freedom of the press and the right of the public to informed debate does not mean that media and citizens can engage in defamation and slander. However, for MPs Gumbs and Peterson, the issue at hand now is government’s functioning, both past administrations and the current one.

Peterson questions whether the documents were even confidential to begin with, as none of them were marked as such.

“Now it is apparently more important to find a way to punish journalists acting within their rights, rather than to assess these documents and call out the wrongdoings that appear to be clear as day. We’re forgetting we have a National Ordinance [on] Open Government, which states that, in theory, all government documents should be public information unless it will harm ongoing criminal investigations or national security,” said Peterson.

“Instead of legislating against leaked document sharers, I urge the prime minister to institute a whistle-blower policy for civil servants, which has been advised in previous integrity reports by external parties and which has yet to be adopted by any sitting government,” said Gumbs. “Good corporate governance principles also entail having an avenue for employees to report what they perceive as unethical behaviour. When documents were leaking in the time of the government of Prime Minister Leona Romeo-Marlin, many figures in the opposition had no problems with the practice at the time, not thinking that today for you, tomorrow for me,” added MP Gumbs.

The PFP faction concluded by affirming that they will not support any legislation submitted to Parliament that will criminalise and/or curtail freedom of the press and information to the public.