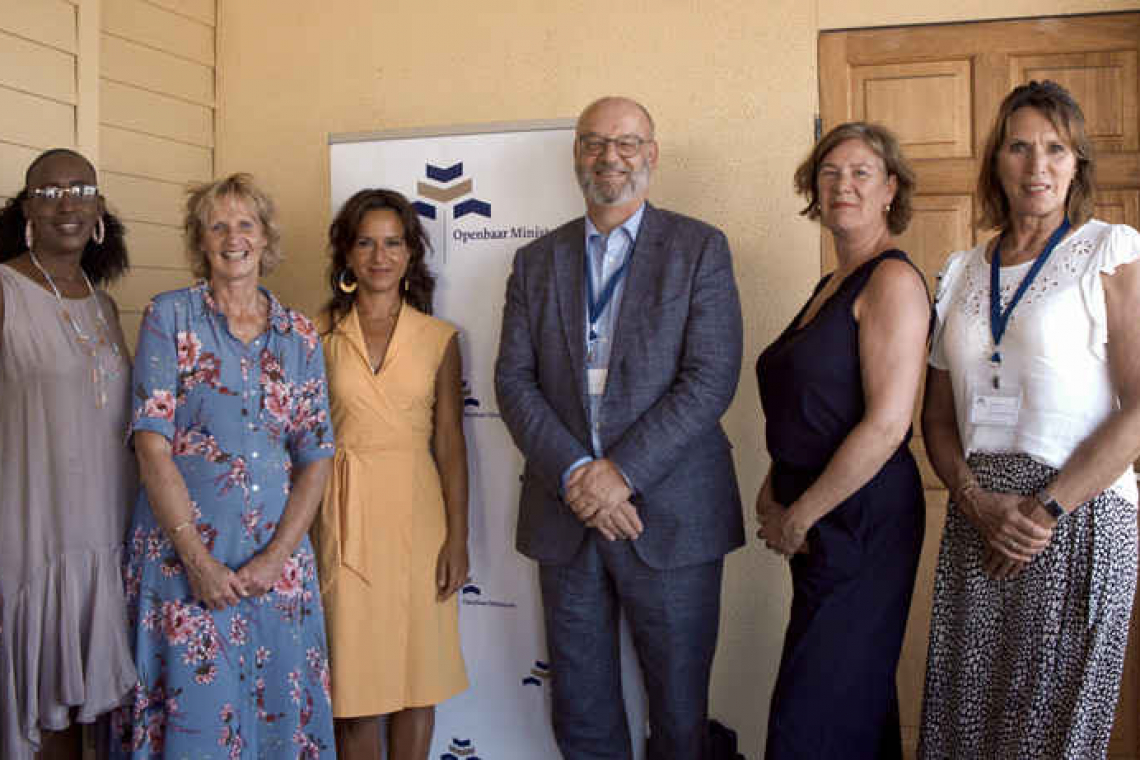 PHILIPSBURG/WILLEMSTAD--The more careful handling of victims, in particular victims of sexual offences, was central during a theme day organised by the Office of the Attorney General of Curaçao, St. Maarten, Bonaire, St. Eustatius, and Saba OM Carib. Partners within the judicial chain of the Caribbean part of the Kingdom of the Netherlands met on Curaçao on 26 August.

The theme day, held at Acoya Curaçao, was attended by participants from police forces, the court, victim support and employees of the prosecutor’s office who are responsible for tackling sexual offences and victim care. The topic was specially chosen to zoom in on sexual offences and to put more emphasis on the position and care of victims of these offences.

According to the attorney general’s office, the criminal law fully indicates how suspects and perpetrators should be treated. “But the victim needs to be given more attention, especially in cases of sexual violence. Sexual offences constitute serious violations of the physical and mental integrity, as well as of the chastity of the victim. Sexual crimes are serious because of the impact they have on those involved, their environment and society as a whole. It is therefore of the utmost importance that professionals in this field have the necessary skills to care for the victims.”

Several experts in the field of tackling sexual crimes held presentations for 40 participants. “Trauma and sexual violence and victim blaming” was addressed by Dr. Iva Bicanic, coordinator of the National Centre for Sexual Violence in the Netherlands, and “Victim Treatment” by Yet van Mastrigt, sex offence expert National Police. “Interrogations of minors” was treated by legal psychologist Jannie van der Sleen, in addition to “Assessing statements in sexual offences”.

The topic “Grooming” was handled by Guillano Schoop, prosecutor in Curaçao. Minister-president of Curaçao and interim Minister of Justice, Gilmar Pisas, opened the theme day.

Since 2018, the Curaçao Ministry of Justice has been working on optimizing the approach to sexual offences. One pillar of this is to strengthen the expertise of the staff responsible for tackling sexual offences. Prime Minister Pisas, in his role as Minister of Justice, supports this approach.

In the context of the Curaçao National Plan for combating violence against children and domestic and relational violence, Minister Ruthmilda Larmonie-Cecilia of Social Development, Labour and Welfare SOAW also contributed to the theme day, as she saw it as fitting within the objective of strengthening expertise at various levels and in various aspects. The theme day was therefore fully supported by the Ministry of Justice and the Ministry of SOAW of Curaçao, as well as by the Ministry of Justice of the Netherlands.

At the end of the day, Attorney General OM Carib Ton Maan encouraged the participants of the theme day to apply the acquired knowledge to their working procedures. The ultimate goal of the theme day is to better care for victims of sexual violence and to be able to emerge as a persistence, for their own well-being and that of the community.