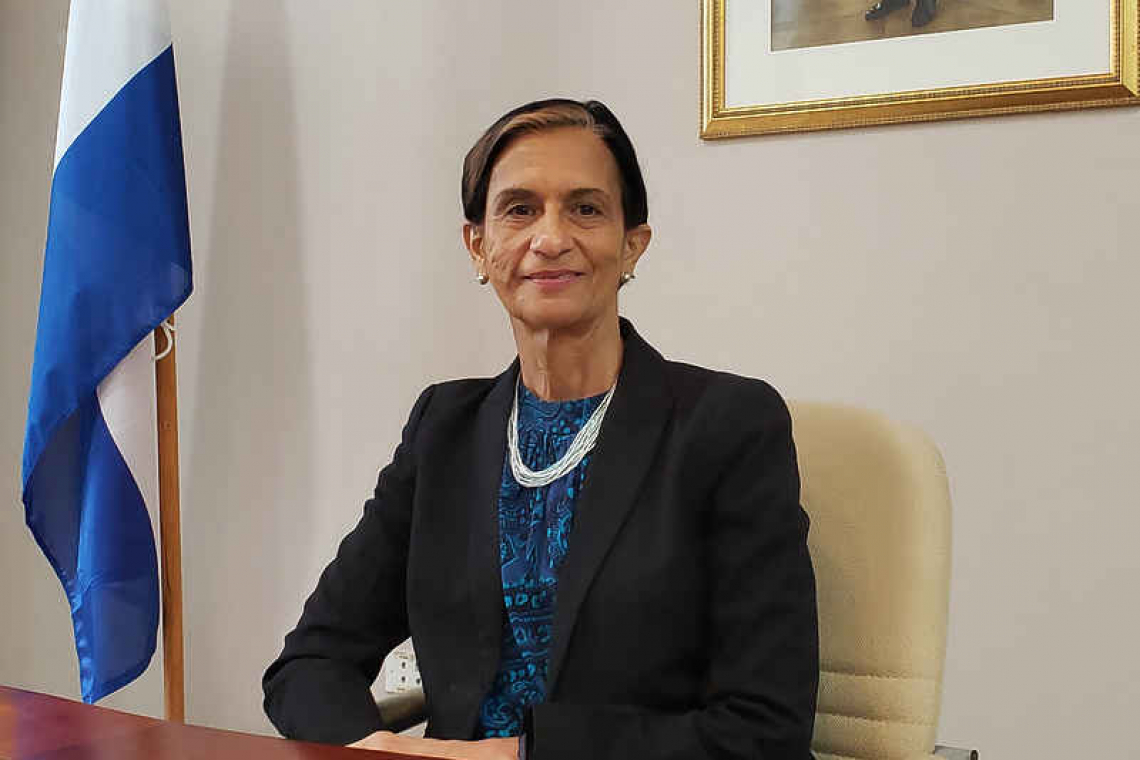 PHILIPSBURG--Members of Parliament (MPs) on Thursday unanimously approved a proposal tabled by United Democrats (UD) Member of Parliament (MP) Sarah Wescot-Williams to give government the authority to determine when the ban on single-use plastics, plastic straws and Styrofoam goes into effect.

The original proposed implementation date from Parliament was July 1, 2021. However, this date had passed, without government having ratified the law and government therefore requested Parliament to adjust the proposed date of implementation.
In November 2020, Parliament unanimously passed the initiative law making the use of single use plastics, plastic straws and Styrofoam illegal in the country and punishable by a fine of NAf. 1,000 or imprisonment of six months. Before the law, an initiative of Wescot-Williams, can go into effect, it has to be ratified by the Council of Ministers and signed by Governor Eugene Holiday.
During Thursday’s meeting Wescot-Williams provided a background on the initiative and what led to her proposal. The issue was already discussed in a meeting of the Central Committee and was brought to Parliament for voting.
United People’s (UP) party MP Rolando Brison said he had supported the law in the past and would do so again. He also posed a few questions.
National Alliance MP George Pantophlet emphasised the importance of the public taking responsibility for the manner in which they dispose of their items and to do so responsibly.
UP MP Ludmila de Weever said a large part of the community is ready for the implementation. She alluded to her own efforts in 2008 when she used her bonus to purchase 5,000 organic cotton bags from India so that persons can get used to the idea of going reusable.
De Weever said it is her responsibility to protect St. Maarten’s natural resources for future generations, whether or not she has a child. She did not agree with relying on anyone to come up with a date of implementation and instead suggested that government be told to implement the ban as of January 1, 2023.
“This island deserves way better than we have given it in the last 14 years, where we have dragged things out,” De Weever said, noting that she hopes that this issue can be rounded-off post-haste.