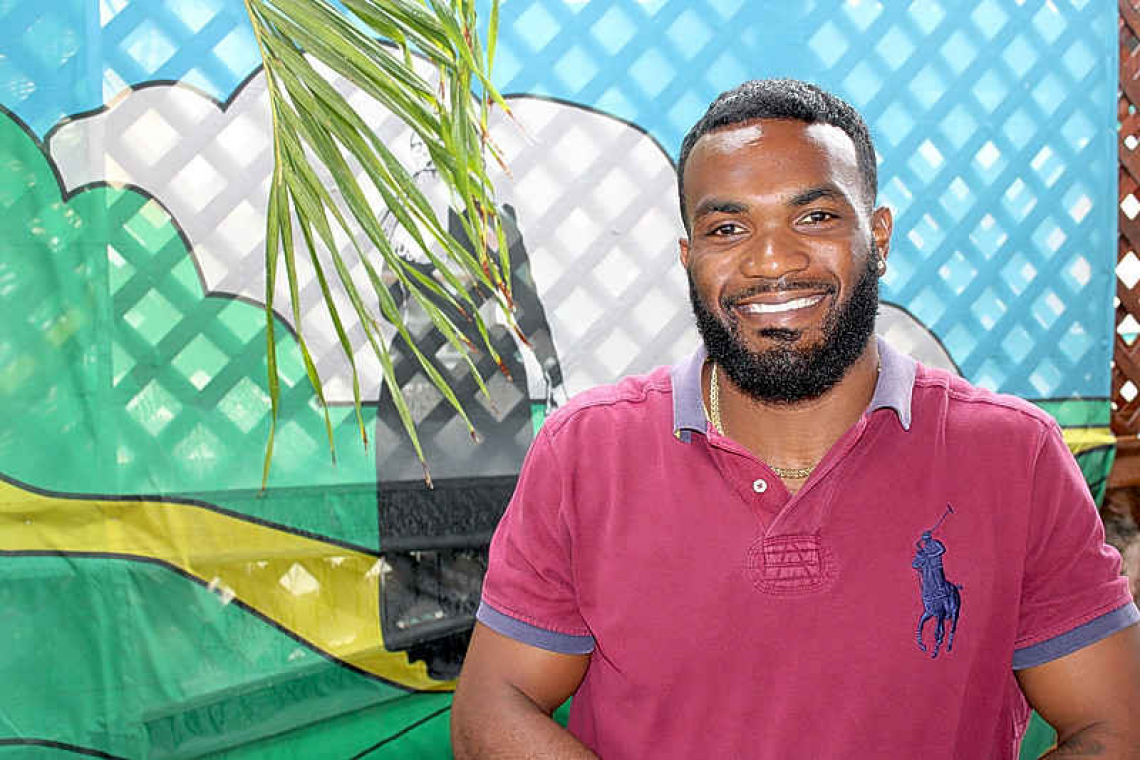 MP Raeyhon Peterson advocates for the reestablishment of the Complaint Committee on Police Action.

PHILIPSBURG--When police cross the line, you as a citizen can file a complaint with St. Maarten Police Force KPSM, but that rarely leads to disciplinary action. “This has to change, there needs to be an independent complaints commission that investigates and handles police brutality,” said Member of Parliament for Party for Progress (PFP) Raeyhon Peterson, who filed an official complaint against KPSM in 2018, and has not heard back since.

Citizens must be able to defend themselves against incorrect police action, as was stipulated by law on January 28, 1994, in the former Netherlands Antilles with the establishment of the Klachtencommissie Politieel Optreden (Complaint Committee on Police Action).

According to the law, the Complaints Committee must consist of three members and six alternate members who are appointed for a period of three years by the Minister of Justice on the joint nomination of the Attorney-General and the Dean of the Bar Association. The Minister of Justice shall appoint a Secretary and Deputy Secretary who, if desired, assist the complainant in drawing up his complaint.

The Law Enforcement Council found in 2014 that St. Maarten no longer had this Complaints Committee, although the relevant National Ordinance had been in force since 10-10-10. The country St Maarten was advised by the council to set up its own Complaints Commission, but that has not happened to date.

Had the advice been followed seven years ago, the Peterson family would have been spared a lot of hardship, time and money, and so would many other victims, MP Peterson said.

Peterson and his father went to court to seek justice after police pointed guns at them in the street in the middle of the night and put both of them in a holding cell at the Philipsburg police station.

It would take up to three years before they were acquitted on appeal of six of seven offences written down by the police. In its verdict of Tuesday, June 21, the Court of Appeals declared Peterson guilty of deliberate mistreatment of the driver who had caused the accident by forcefully pushing him to the ground, but the court refrained from imposing a sentence or a correctional measure.

“I admit that I pushed him, but I also helped him get up right away,” said Peterson. “I was very upset. That’s not strange, is it? The man almost killed me.”

Then-27-year-old Peterson had been to the Heineken Regatta with his mother and father that night. When they were back home around midnight, he decided to go out with friends. He was driving on Welfare Road near Daily Extra Supermarket around 1:00am when a car came from the opposite direction at high speed and had to turn right according to traffic rules, but instead drove straight ahead and caused an almost-head-on collision.

“Right after the accident happened, after seeing the damage to my car, I ran to the other driver to see if he was alive. When I arrived, I saw that he was okay,” Peterson recalled. “I immediately started asking what the heck happened. He turned and smirked at me, at which point I pushed him, still in shock at the accident. Right after that I caught myself, and tried to pull him back up from the ground.”

Peterson was later accused by police of having hit the driver, and the man himself would testify that he had been beat up by Peterson and two other men. Both Peterson and his father, who arrived at the scene after his son had called him, were accused of having a “scuffle” with the police.

“It was alleged that I, in some way, had gotten into a physical altercation with the police officer,” Peterson said. “Nothing of the sort happened. It was the officer who initiated the altercation and escalated the situation.”

Father and son were lucky to have clear closed-circuit TV footage made available by Daily Extra Supermarket.

“As you can see on the footage, the officer walked up to my father, who at a point drops his keys. Then before he could look up, and way before he reaches him, the officer already had his gun out and pointing,” said Peterson.

“When he reaches my father from the back with no warning, he grabs him by the collar and puts the gun on his face. The gun was still hot from the ‘warning shot’ the officer fired in the presence of civilians. The other driver was standing there in a white shirt with his hands crossed and as you can see, we were not touching him.”

His mother and father had arrived at the scene together minutes earlier, Peterson said.

“My mother had to watch her husband being held at gunpoint. That is when I ran to protect my father and placed myself in the middle of the officer with the gun and my father. This is where the officer switched his focus to me and grabbed me by the collar and placed the hot barrel of the gun on my neck, after which the gun was pointed at my face. All this time I kept my hands to the side and did not touch any officer of the law. All I was trying to prevent is seeing my father get shot for no reason.”

This is where the situation escalated, according to Peterson. “As you can see it was only after that instance when everybody went into panic mode. I was pulled to the side by multiple officers, as if I was the main one being physical. The police pushed me all the way up to the wall, and I was surrounded by officers.” One of the officers shoved him into the wall. “Not earlier and not then did I react in a physical manner, contrary to what was portrayed in the media.”

Mrs. Peterson had to return home alone, as her husband and son were taken to the police station.

“We were told that we were held for questioning, but it turned out that we were arrested,” said Peterson, who was not allowed by police to contact an attorney. “The next morning, I was pulled into the office by two high ranking officers. They told me that they saw the footage, and that me and my father ‘beat up the boy bad,’ but that if I confessed that I did it that I could go home.” Peterson refused.

“I remembered exactly what I did. If I had hit someone, given my martial arts background, you would have been able to see it on the victim. Yet the victim had no injuries, plus he refused to press charges against me.”

Peterson said that police had failed to question the driver on his state of mind on the night of the accident that he caused. “When I refused to confess the next morning, the paper to place me in jail for the first 48 hours was quickly signed and I was sent up to the cell. Me and my father were locked up for four days total.”

After their release, his father needed an operation because of lack of medical attention while incarcerated, Peterson said. “My father had been in hospital not long before this all happened, and he needed medical care, which was not provided to him while we were in jail.” Peterson filed an official complaint with the St. Maarten Police Force on behalf of his father and himself.

Internal Affairs received 26 complaints about the functioning of the police in 2016, 14 in 2017 and 11 complaints in 2018. Complaints from citizens reached the KPSM in person, in writing or by referral from the Ombudsman or the Prosecutor’s Office.

The Law Enforcement Council concluded in its 2018 report that the Internal Affairs Department was “extremely fragile”, because it only had two employees who were both approaching retirement. The Council noted that no unambiguous insight could be given on the department’s results. Work and process descriptions were available for hardly any of the tasks. The department staff members’ role and expectations in the complaints procedure were summarily described.

The Council found several differences between the procedure laid down in writing and its implementation in practice. “The procedure is based on a certain entry of complaints, written notification and central registration, but in practice this is not executed as intended or described.”

Peterson said he was never contacted by police about his complaint. “I was fortunate enough to know my rights and be able to go to court. Imagine people in a similar situation not having the funds to appeal their case. Image being wrongly given a criminal record, and what that means for your future, your future career.”

His ordeal with the police has not had a negative impact on his political career, but instead motivates him as a parliamentarian to fight for compliance with the National Ordinance Complaints Committee Police Action and for the establishment of the Victim Support Office.

“As representatives of the people, we need to provide the citizen with the tools to stand up for themselves,” Peterson said. “If it is not possible in our small society to appoint three members and six replacement members to the Complaints Committee, then we must amend the law in such a way that that committee can consist of fewer members; for example, six. Or we can enter a collaboration with Curaçao in this area, where this complaints committee now exists.”

The difference from the Internal Affairs Department at the police is that the members of the Complaints Committee come from all layers of society. In the current situation, the police investigate their own, a situation that is not desirable from the point of view of legal protection of citizens.

“Police cannot be allowed to freely push the limits of their powers,” Peterson said. “They must be held accountable for their actions.”