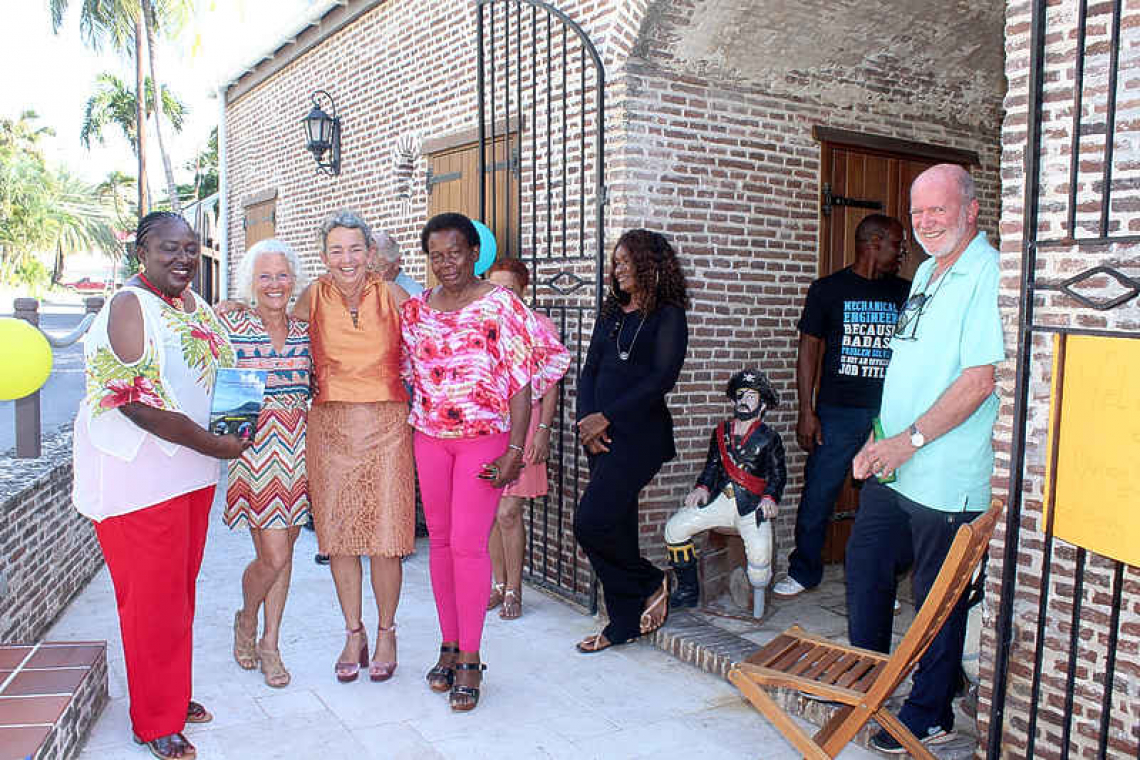 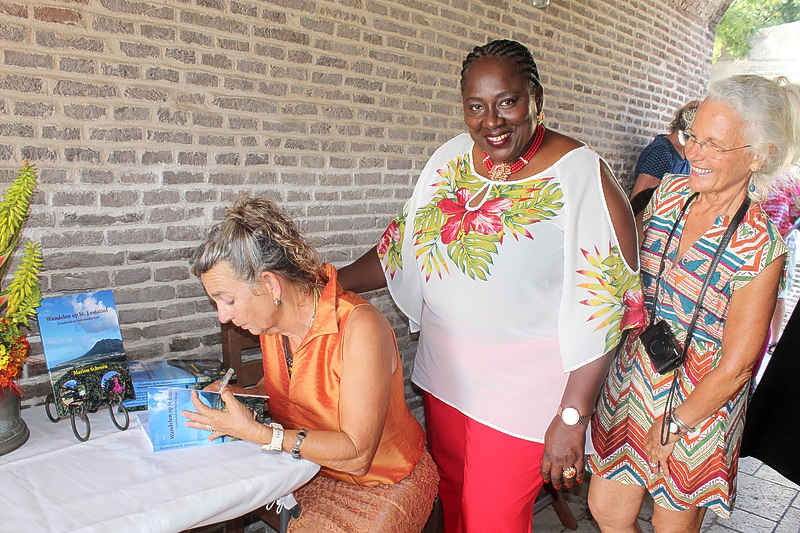 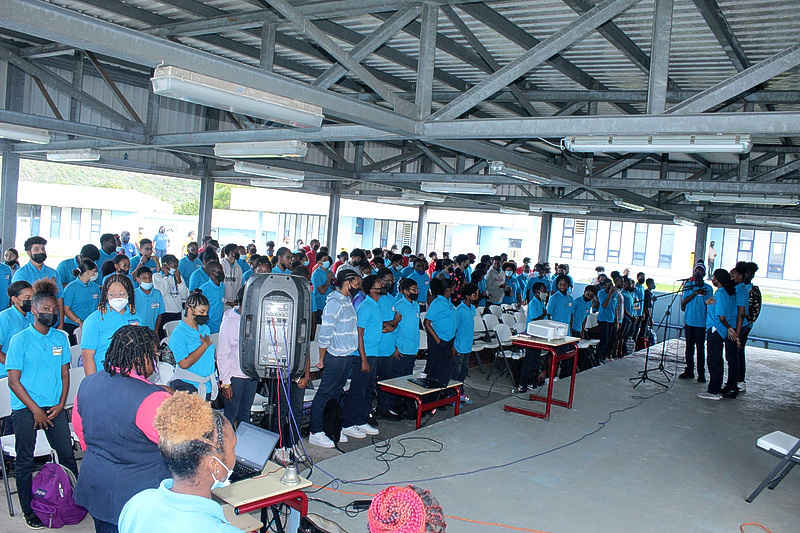 ST. EUSTATIUS--Author Marion Schroen held a signing for her new book Wandelen op Statia on Sunday, March 7, at Mazinga on the Bay.

Schroen’s book gives a new and exciting take on Statia’s mostly forgotten history and wonderful sites. The book features many hard-to-reach locations on the island that can only be traversed via foot. Schroen originally came to the island to work with former Government Commissioner Marcolino “Mike” Franco’s administration, and she fell in love with the island and decided to stay and make it her home. Island Councilman Koos Sneek was also in attendance.

Family, friends and onlookers came out to the event to show their support to Schroen on the release of the Dutch version of her book. Another book signing event will be held in a couple of months when the English version will be ready. Deputy Government Commissioner Alida Francis, who wrote the foreword for the book, said when Schroen asked her to write the foreword for the book, she was experiencing the most difficult period in her life – managing an island while also managing a pandemic.

Francis said she was inspired by work and beautiful pictures and the experiences of Schroen and her friends: Leontine Durby-ten Have, Rita Wilman, Tony Durby, as well as Schroen’s husband. “I do not imagine you know what this book means to many people here on Statia, simply because you have exposed parts of Statia that most Statians have never seen. I really hope the everyone on Statia will embrace this book, by not just reading it, but that they would want to experience it by climbing those hills,” Francis said.

The deputy government commissioner said she will personally hike to many of the locations in the book because one of the things she loved the most was being able to see the beautiful stone walls, which are made up of rocks (boundaries) placed neatly on top of each other by human hands, hundreds of years ago, and are still very much intact.

While on her way to the event, she also saw some of the pictures that were taken of Schroen and her friends in the dive pools and it reminded the deputy government commissioner of when she was in the sixth grade, how her teacher Jan Smid would take the entire class on hikes. The class would always hike into the mountains and the hills. Every year when it was the teacher’s birthday, he would take the class to the hills so that the pupils could learn about old forts and how they were fortified.

Francis hoped that everyone would either get a book or give a copy as a gift so they would be able to learn about the wonderful and mostly undiscovered sights that can be found on the island. She wants everyone to know that the island has a writer living among them, she owns a home and she is not leaving. She congratulated Schroen on her book release.

Schroen explained that the idea for her book came when she took pictures and sent them to a few of her friends who commented on them. Schroen explained to her friends that the pictures were taken in Statia and they could not believe it. So, the writer decided that she wanted to share the knowledge of what Statia has to offer with more people.

While hiking in Boven, Schroen said that she learned that her friend Wilman’s great-grandmother Betsy Duinkerk was born there, and also that her grandmother Maryanna Duinkerk lived there. About a year ago, when Schroen came back to the island, she discovered that her new neighbour was Durby-ten Have. Schroen said that she tried to convince her to go hiking several times, but Durby-ten Have was not a fan of hiking. She begrudgingly agreed to go hiking with Schroen once, and fell in love with hiking.

Schroen said Durby-ten Have is a beautiful photographer and she helped her make the book even more appealing because of the pictures. Schroen thanked her for her friendship, and also for her photography. Durby-ten Have in turn thanked Schroen for showing her Statia.