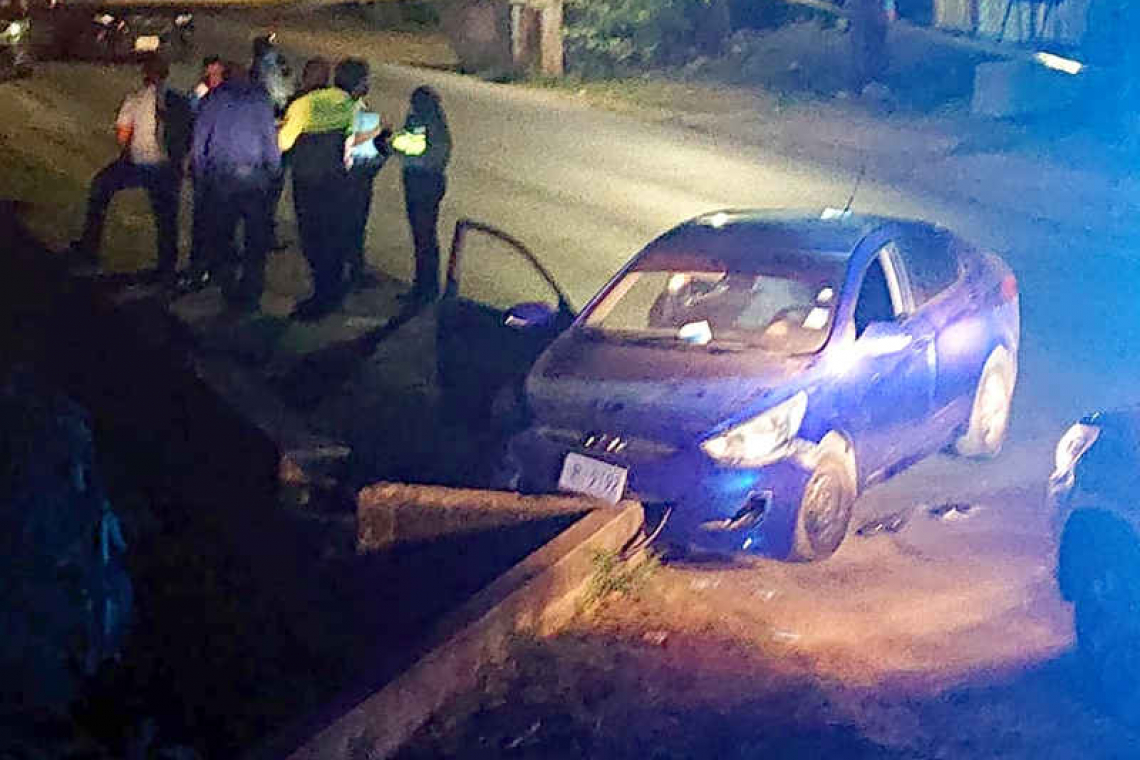 DUTCH QUARTER--A man had to be rushed to St. Maarten Medical Center (SMMC) in critical condition early Tuesday night, after getting shot several times in the stomach and crashing his car on A.Th. Illidge Road near Zorg en Rust.

While details are still sketchy, it appears the man was not shot where he crashed his purple Hyundai Accent, instead having been shot elsewhere and having the presence of mind to drive away from the scene.  However, he lost control and crashed the vehicle on A.Th. Illidge Road. His driver's side front window was rolled down, while the back windows and passenger side window were closed.

It is unclear if he was trying to drive himself to SMMC, but he was heading toward Middle Region.

Ambulance Department treated him at the scene, and later rushed him to the hospital in critical condition.

Police cordoned off the crash scene and its Forensic Department began its investigation around 8:00pm. A large crowd of onlookers had gathered by this time.  The vehicle will likely be confiscated pending further investigation.

Anyone with information about this shooting are requested to contact police at tel. 1-721-542-2222 or the anonymous and free of charge tip line at tel. 9300.