Lack of funds a handicap for the Ministry of TEATT 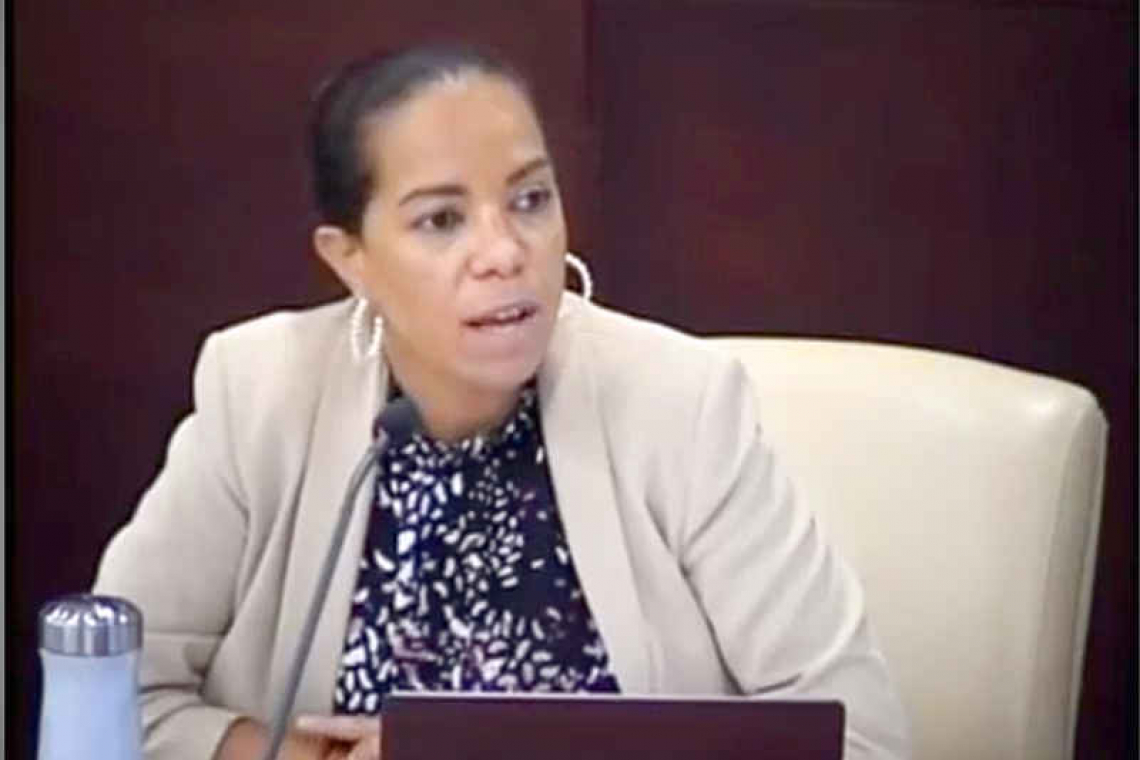 PHILIPSBURG--The lack of funds is a serious handicap for the Ministry of Tourism, Economic Affairs, Transport and Telecommunication (TEATT).

TEATT Minister Ludmila de Weever told Members of Parliament (MPs) that the ministry is facing challenges in completing and executing projects because funds are simply not there. She made the remarks and painted the grim picture during her opening remarks at the meeting of the Central Committee of Parliament on the draft 2021 budget last week.

She said the destination website, one of the ministry’s priorities, is stalled due to lack of financing. The country does not have such a website, she said.

“We already had the contract and we had already put out the bid, but the problem was finances – that’s what keeps us shackled. When you don’t have the finances, we can’t pay our vendors, we can’t pay suppliers, we can’t pay the persons that we have engaged to continue what our island needs to remain current to continue to market across the globe to get people here,” De Weever said.

Marketing of the country is also affected by lack of financing. De Weever said aggressive marketing promotions and sales will continue for the remainder of the year, but this has its challenges.

“It’s the same thing as the destination website. The Tourist Office had all of the stuff ready. All of these contracts ready, all the service providers ready – the marketing firms, the website, …  promotions with the airlines – but what kept us tied down was the fact that we had no funds to pay,” she said. “That was the basic challenge.”

As a result of this challenge the country has to get creative and piggyback on homeporting.

The Gaming Control Board has also been stalled due to financial constraints, she said. The Gaming Control Board has been on the books for a while. Meetings have been held with consultants on the matter and authorities have gone through the priority listing of it. She said the intention is to rebuild trust in the sector as well as tap the revenue-generation opportunities. However, financing is an issue.

“Same thing with the gaming control board. … Payments have been stalled because of the fact that we didn’t have any money to continue, but the engagement contract is signed, but it gets delayed because of staged billing that doesn’t get met.

“What I mean by rebuilding trust in the sector is making sure that St. Maarten doesn’t get blacklisted or marked as a place that does not follow anti-money-laundering procedures. You all might get sick of hearing me say this, but the progress that we have made with the things that have been on the books already is significant, but it was stalled again because of financial constraints.

“So, we are still engaged with the same people to help us through this for casinos and lotteries, but there was a huge pause because if we won’t have any money we can’t pay our bills and the people won’t work for free.”

Another area where funds are an issue is hiring. The Ministry has several critical vacancies such as a secretary for the Staff Bureau; department head and senior researcher for the Statistics Department; department head for the Economic Licences Department; senior policy advisor (legal) and economic policy advisor for the Department of Economy, Transportation and Telecommunication EVT; transport section head for the Inspection Department; product development and vs officer and a secretary for the Tourism Bureau; and a meteorological observer for the Meteorological Office.

While only one legal professional is on the list, significant legal expertise is needed. Discussions are underway to ensure that the ministry is properly supported.

“When you see these critical vacancies, it’s not about sending the message that we have openings and that we have money. These are the persons that you need,” she said, adding that the ministry is struggling with a shortage of expertise. “I only hope that government can continue to attract persons,” she said, adding that the country needs to ensure that its salaries are more attractive.

She also spoke about the acquisition of a weather radar for the country. The radar has been on the budget for six years and is expected to be finalised this year. St. Maarten did not have a weather radar. The new radar will be also used by French St. Martin, and it also has revenue-generating potential.

The minister also wants to reform the public transportation system, focusing on issues such as servicing unserved routes, amongst other things.

Having an online Embarkation and Disembarkation (ED) Card is one of the projects that had been in the pipeline for a while that was picked up due to COVID-19. This project will be a collaboration of the Ministries of Public Health, Social Development and Labor VSA, Justice and TEATT, whereby each ministry will be able to obtain information relevant to its respective departments. “This is part of a project still being pushed through and hopefully by the end of the year we will make progress.”