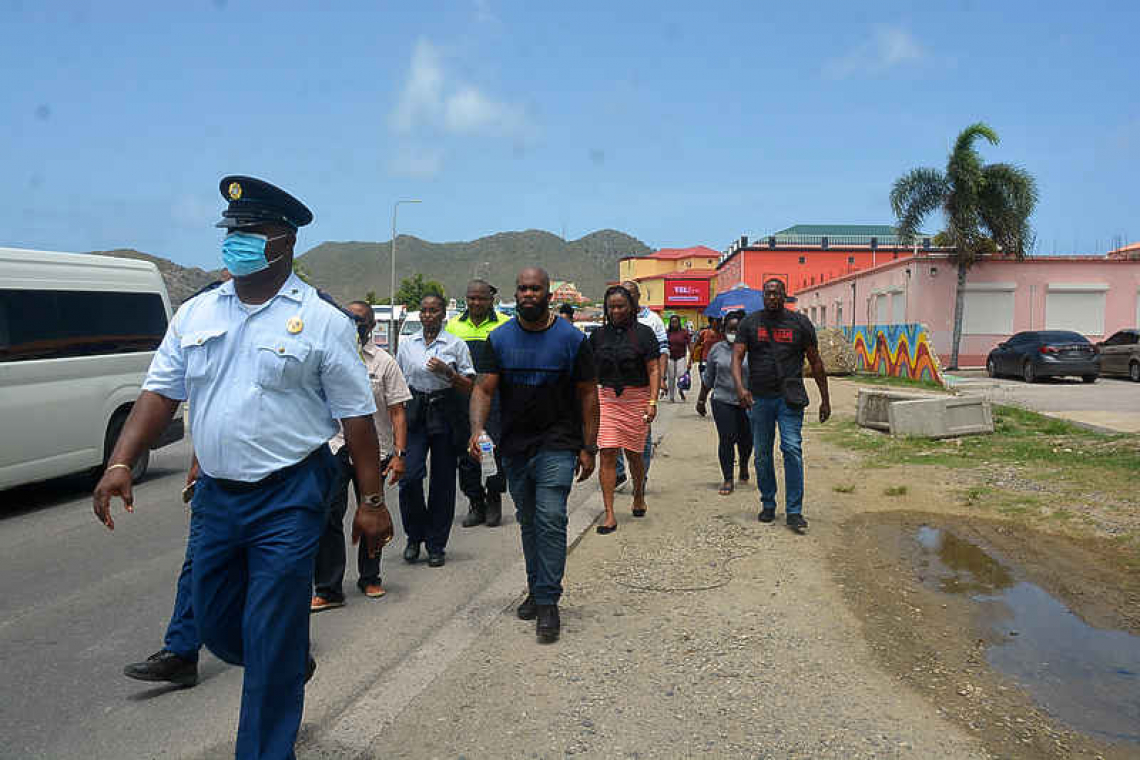 Police workers make their way down the Pondfill road on Monday.

PHILIPSBURG--Workers of the St. Maarten Police Force KPSM marched onto the streets on Monday morning, taking a stand against what they cite as continued disrespect, and demanded to be heard by the leaders of St. Maarten.

The St. Maarten police union NAPB joined its members as they marched from the Workers Institute for Organized Labor (WIFOL) building to the police station and back to WIFOL.

Workers were heard chanting “enough is enough” as they marched on the road. They did not let the weather stop them.

The Daily Herald spoke with NAPB President Rogerrel Mauricia. He said the board of the union was in support of its members and the manner in which they chose to proceed.

He noted that despite what may be perceived by the public, the march held on Monday was not in relation to the employees’ vacation pay. He said that employees simply wanted to take a stance “on principle”. This especially goes for those KPSM workers who have recently transferred to the Immigration Department. Many of these workers are left very concerned over their status and the implications for their careers.

He said KPSM workers are also fed up with their leaders’ lack of response regarding their legal issues.

The union first held a meeting on Friday, where workers voiced all their concerns and frustrations. The workers ultimately decided that a “go slow” would into effect until further notice. This was one way to take a stance against the lack of attention being given to their grievances.

Mauricia noted that at this point workers are frustrated, as repeated requests for updates are constantly ignored or deflected. He said they are often left to be informed via other media. This has left many with a negative impression of the situation altogether.

Mauricia said the union has repeatedly reached out to the Prime Minister via formal letters sent to the ministry requesting a meeting to gain further clarity and share their grievances with all processes thus far. He said the union has been disregarded time and again.

This newspaper understands that the union will continue to meet with its workers throughout the week until they can get attention for their concerns.