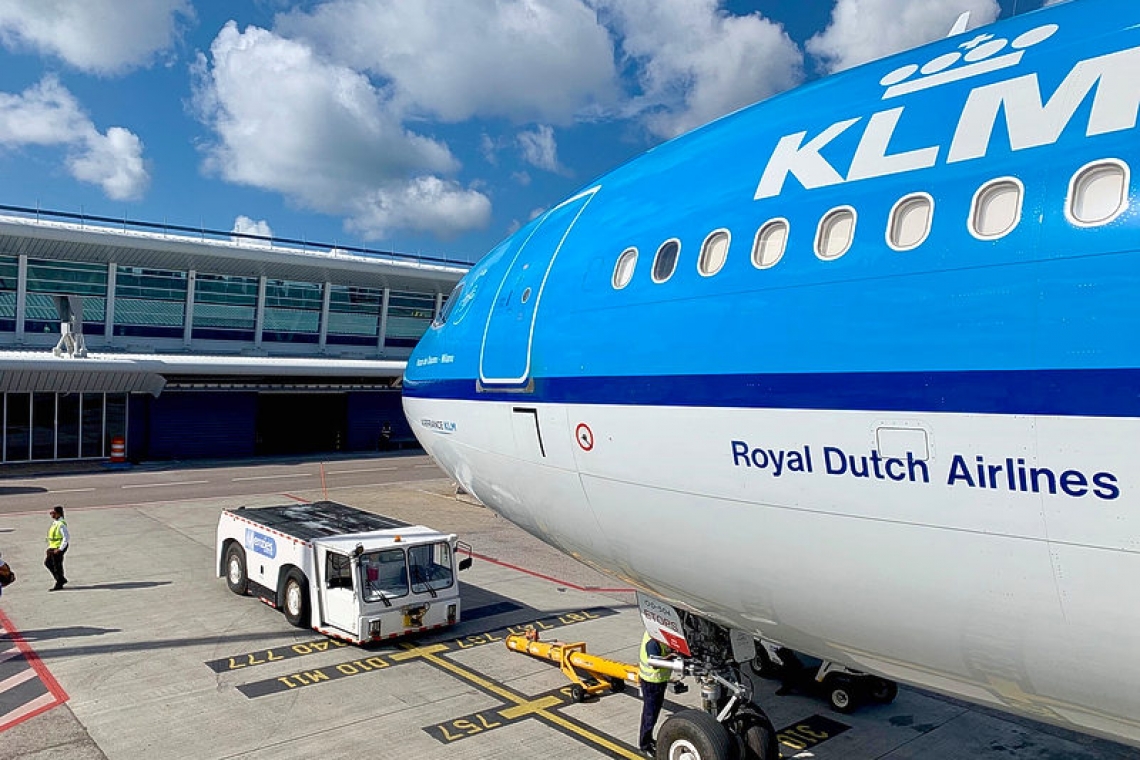 PHILIPSBURG--Dutch Royal Caribbean Airlines KLM will be making a repatriation flight to take Dutch nationals back to the Netherlands on Wednesday, May 6.

The flight will land in Curaçao with a stop in St. Maarten. Prime Minister Silveria Jacobs said during her national address on Monday evening that persons who will be travelling on this or any other flight, will not require a waiver to pass police checkpoints to move between zones A and B. Proof of their ticket will suffice.

She said also that while no more than two persons are allowed to travel in a vehicle, if more than one person will be travelling on the repatriation or other flights, they will be allowed to be in the vehicle with the driver. In these cases, only the driver and passengers will be allowed in the vehicle. Proof of travel will be required. Persons who will be going to the airport to bid farewell to travellers, will have to adhere to the restriction of a maximum of two persons in a vehicle (driver and passenger).

“Persons travelling to the airport are allowed to do so with a driver. More than two will be allowed as long as they can prove that they have tickets,” Jacobs made clear.