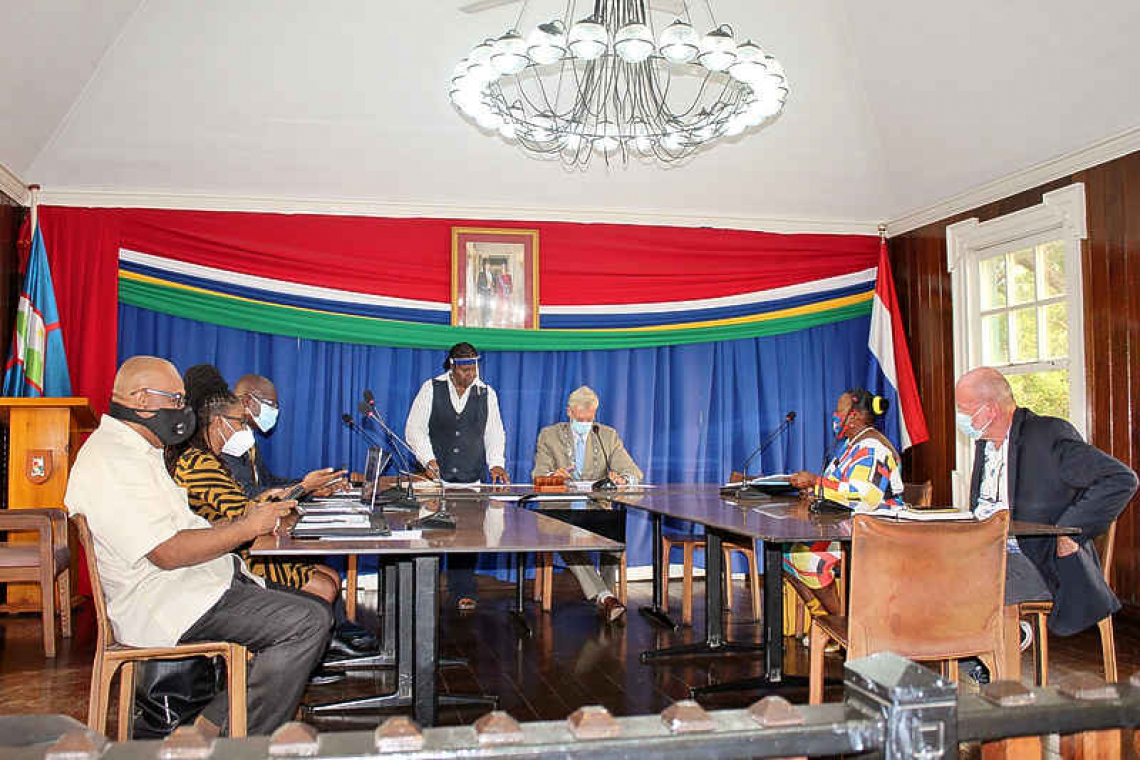 Members of the Island Council at a meeting. (File photo)

ST. EUSTATIUS--A public extraordinary meeting of the Island Council of St. Eustatius is scheduled to be held in the St. Eustatius Utility Company STUCO conference room, today, Wednesday, January 13, at 9:30am.

The first topic on the agenda is a debate about the pending agreement between the Dutch Housing Corporation Woonlinie and St. Eustatius Housing Foundation.

Woonlinie is part of two pilot projects that are ongoing as part of an agreement with the public entity St. Eustatius to renovate existing and construct new social housing. The projects are funded by the Ministry of Home Affairs and Kingdom Relations BZK.

The first project involves 95 existing homes in Golden Rock that are being renovated. The island government has the intention to build 50 new homes in that area. The second project involves two new social housing units in the district. These units are scheduled to be completed in the first half of 2021, provided there are no unforeseen circumstances.

The projects are part of a broader effort to improve social housing on the island.

The second topic on the agenda pertains to plans for the establishment of a dialysis facility. Currently, dialysis patients in Statia have been residing in Curaçao for treatment since August 2020. They were transferred to Curaçao after the number of cases of COVID-19 increased in St. Maarten.

The third agenda point for the Island Council meeting is the decision to have Cadastre Netherlands take over cadastre land registry services in Statia, effective January 1, 2021.

The final topic on the agenda is the intention to declare Emancipation Day, July 1, an official holiday on the island.

The meeting will also be transmitted live on the radio station 92.3FM.