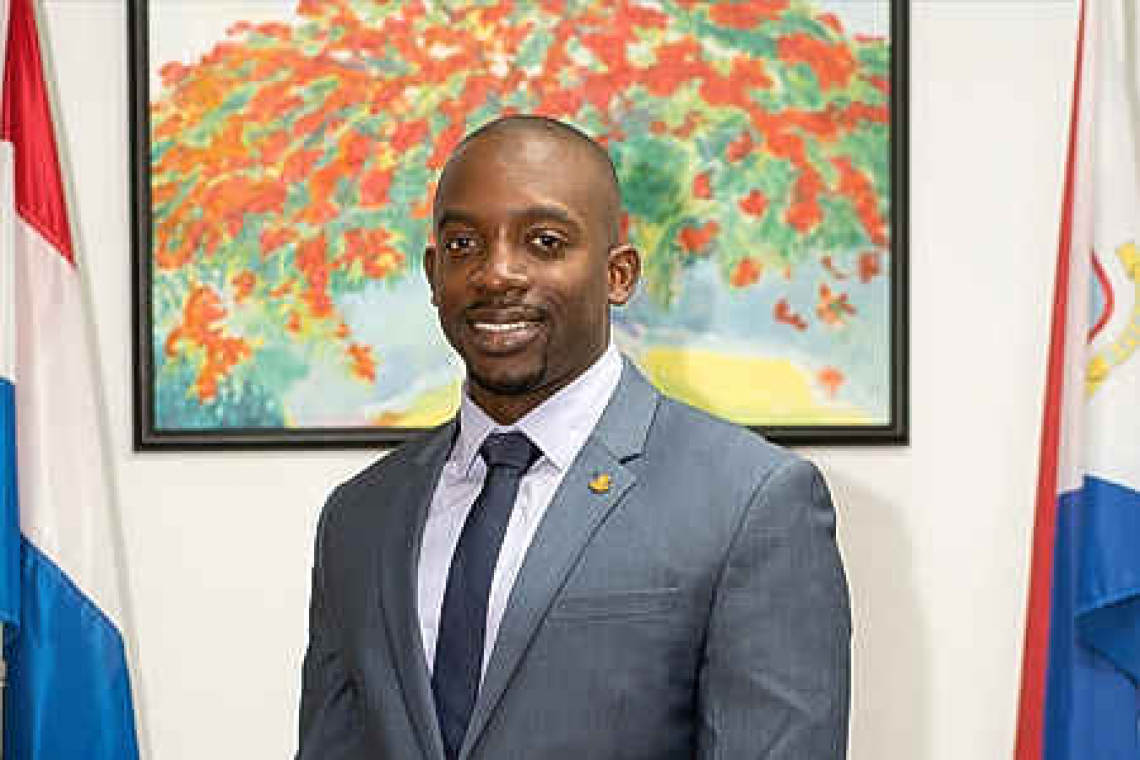 PHILIPSBURG--“One hundred per cent inaccurate,” was the description used by Finance Minister Ardwell Irion on Wednesday, to describe statements made by the Committee for Financial Supervision CFT regarding the floating of a NAf. 75 million bond for St. Maarten.

Irion said the floating of the bond is not a violation of Article 16 of the Kingdom Act on Financial Supervision as CFT suggests in its letter addressed to him on Monday.

Irion said while Article 16 outlines the rules and procedures that are to be followed to attract loans for capital expenditures, the bond being floated for St. Maarten is not for capital expenditures, but to cover the cost of government operations, including social services such as the food voucher programme, programmes under the St. Maarten Stimulus and Relief Plan (SSRP) – such as the income and unemployment support initiatives – and several other costs associated with the challenges facing the country due to the coronavirus COVID-19 pandemic.

“These are not capital expenditure loans and do not fall under Article 16 of the Kingdom Act on Financial Supervision,” Irion told reporters in response to a question from The Daily Herald during the live Council of Ministers press briefing.

He said also that the Kingdom Act articles are “very vague” in that they do not go into details of certain things. “Secondly, Article 25, that was already passed with the initial budget, allows us to deviate. It also does not state how much we are allowed to deviate by.”

He said the statement from CFT that the floating of the bond will be in violation of Article 16 of the Kingdom Act, is therefore 100 per cent inaccurate. On Tuesday evening Irion said he “confronted” CFT by sending them a letter requesting clarification of their statements. “What we don’t want is misinformation being spread throughout the media as any form of a scare tactic, especially knowing that we are proceeding with the floating of the bond,” the minister said.

“In addition, I have a responsibility towards this country and its people. As a consequence, I must seek solutions to meet that responsibility. In addition to that there is a unanimous motion that has been passed by Parliament, which states that the entity as it is, the Parliament did not approve to proceed with. In that scenario, I have to look at every other possibility and alternative in the meantime, while still having discussions and meeting the conditions and so forth to make sure that this country continues to operate and we meet our obligations,” Irion made clear.

He stressed that St. Maarten continues to work on meeting the conditions set by the Kingdom government for liquidity support. “In fact, we submitted the most recent calculations last week and we are awaiting a response from the CFT, but in absence of advice or the positive advice from [State Secretary Raymond] Knops, from the CFT and a decision to proceed with the liquidity of the loans, I as Minister of Finance cannot sit idly by and we have ensured to follow the right requirements and procedures to float a bond.”

Irion said it would have been more prudent had CFT contacted him directly “instead of going to the media,” and personally asked him or the ministry what the bond being floated is for, “instead of stating you cannot float a bond for capital expenditure, which we are not doing.”

“The request for capital expenditure did already go to CFT. We had already put in a request from the 2019 bond that we already got approved from CFT in 2019, but Holland did not subscribe to. We did put in that request, which they know already, I believe about two weeks ago, for capital expenditure and we put in a request for the refinancing of another bond issued in 2010 for the refinancing of that bond. So, we put in an official request and advice for CFT on these two matters – the bond for 2019 and the refinancing of the bond,” he explained.

Alluding to a live conference with the World Bank on debt restructuring, with, amongst others, various finance ministers and economists, Irion said that the Netherlands would be one of the very few lenders in the world that would not refinance a bond, especially following the COVID-19 pandemic.

“Every lender in the world is restructuring loans, and deferring payments and so forth – at least deferring capital or interest only. The Netherlands would really be the only country in the world that would not want to refinance a bond especially to a small island state, a Kingdom partner, given the pandemic and we (also) had the hurricane in 2017 and the CFT also in their advice of September 8, said that St. Maarten would need refinancing on their bond, so given that, we did put in this request about two weeks ago and for refinancing of the bond that was floated in 2010.”

“While discussions are ongoing with the Netherlands, we have to secure the funds for this country and that is in addition to what Parliament requested of us to find liquidity for the country.”