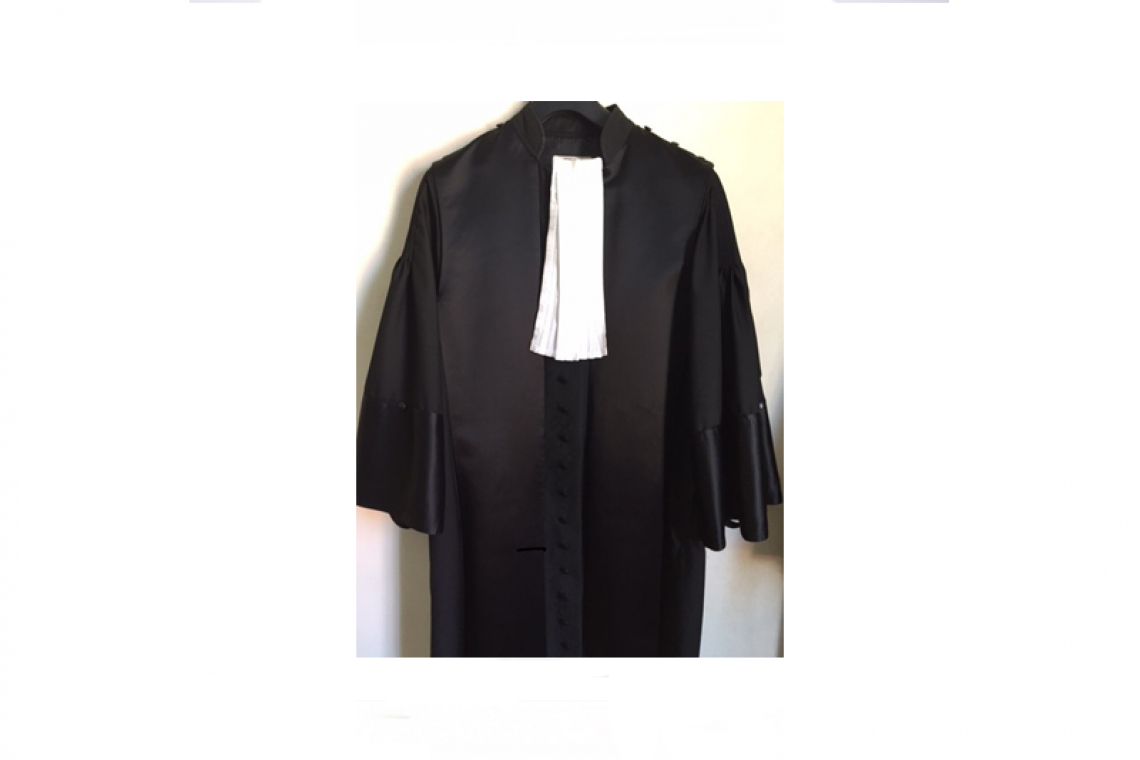 PHILIPSBURG--The wife of the man B.S. (52) from Belvedere who is facing fifteen years in prison for raping four children in the couple’s house is still a suspect in the Pandora sex crime case, the Prosecutor’s Office spokesperson said. “The decision to prosecute her is still pending.”

The defendant, a former employee of United Telecom Services (UTS), was also facing two years on Thursday for illegal possession of a shotgun. He claimed to be a family man who needed the gun to protect his extended family, consisting of his wife and daughter and his 34-year-old lover J.W. and their young son.

Judicial investigations have shown that the adults have had a love triangle for 10 years, in which the man had sex with each of the women and the women also had sex with each other. According to statements by the young victims, the suspects each performed sexual acts on them and they occasionally were molested by the man and his lover, or by the three adults jointly. More children would have been involved than the four whose mothers reported to the police.

S., who has now spent 440 days in custody, denies the sex charges. According to his lawyer Shaira Bommel, her client is innocent. She pointed out on Thursday, during the hearing of the case in court, that her client has no criminal record, and that forensic psychiatrist Frans Heijtel from Curaçao has determined that S. is not a paedophile and does not have a pathological disorder. “If we don’t believe the expert, who should we believe?” Bommel asked.

She questioned the victims’ statements, attributing to them a great imaginative ability. Bommel assumed that the girls have aligned their statements. “During the interrogation before the examining magistrate, M. [the youngest victim – Ed.] did not want to be the first to make a statement. Why did she want to let the others take precedence? If you have something to explain, you do it.”

According to the prosecutor, the victims were 5-11 years old when they were raped. Both the man and his lover were arrested on April 7, 2021. The man’s wife, who is a schoolteacher, has not yet been charged.

The arrested woman W. (34) is a former secretary of a primary school. She provided pupils tutoring in Dutch. However, on Thursday afternoon in court, she needed an interpreter because she could not understand the Dutch-speaking judge, who addressed her in a clearly articulate manner.

“How do you get it into your head to take pictures of a student?” the judge asked after it had been established, with the help of the court interpreter, that the pictures of a young girl with part of her school uniform at her feet, showing her genitalia and breasts, had been taken by the school secretary. She photographed the child in the school building.

On the woman’s phone, investigators found five pictures of the girl in different stages of undressing. The girl is smiling in the pictures.

“I was told to smile for the camera,” the child explained to a certified sex crime investigator who questioned her. The interrogation took place in a child-friendly room, while in an adjoining room the prosecutor and investigators listened in and recorded the conversation. The girl said she was not happy in the pictures and that she felt she had to obey.

The school secretary stated in court that she had taken the photos to send to the child’s mother to show her that her daughter “was okay”. For a moment, the judge lost her cool. “What made you think this appropriate?” The defendant repeated that she wanted the mother to see that there was nothing wrong with the child. The judge, in a stern tone: “Did you send her the pictures?”

W. denied having sent the pictures to the mother, or to anyone else. “This doesn’t make sense,” the judge concluded. “Why take pictures if you had no intention of sending them?”

“This is all very confusing,” the prosecutor said. “Did you send these pictures to your lover, or didn’t you?” The defendant then replied that she thought she had deleted the pictures. At that point, the defendant’s mother, who was sitting in the public area let out a cry of annoyance.

The judge urged the audience to be silent. “I need to be able to concentrate.”

The judge looked thoughtful, slowly letting it sink in when W. confirmed that the children had stayed overnight with her after tutoring, even during weekends, and had slept with her in bed. W. shrugged her shoulders: there was no other place to sleep.

Later, she said, she bought a sofa bed for the children. The judge wanted to know where it stood. “In my room, next to the bed,” said W, who gestured that there was a little space in between. “They slept separately, but with me, in my room. “

She hastened to say that she had never molested the children, had never raped them.

Sjamira Rosenburg, W.’s lawyer, commenting on statements from the youngest victim, now 11 years old: “Client denies the allegations against her. She did indeed provide care for M. She helped her with her homework to boost her grades. She has given M. much love, but has never performed the detailed actions to which M. refers. It is a fact that client has seen her naked. She showered her, but there was never any question of sexual penetration.”

The young victims stated that W. had a tongue piercing and that it hurt when she went into their vaginas with her tongue. “Do you have a tongue piercing?” the judge asked. W. shook her head. “No, I don’t,” adding: “But I had one before.”

According to her lawyer, rape can only be proven if the body has been sexually penetrated with the application of violence, or threat thereof. “This was not the case in the present case,” Roseburg said.

The lawyer stated that in case of sexual penetration during sleep, rape cannot be charged. “Coercion must be experienced as coercion when the action takes place. There can be no question of involuntary if the girl has not noticed the lewd acts at that time. Those who have not noticed anything were not forced, not even if the victim afterwards takes note of those lewd acts and declares that she did not want this to happen.”

Only if there is inevitability, if the victim cannot escape the act and deliberate violence “of sufficient calibre” is used, can one speak of rape, Roseburg stated. “Simply inserting the male genitalia into the vagina is insufficient for this, unless this happens unexpectedly.”

Roseburg underlined that “the mere existence of a dependency relationship is insufficient to be able to speak of coercion.”

However, in the case of the client, according to the lawyer, there is both dependence and “high pressure and great coercion” by the man S., with whom she has had an affair since she was 16 and he was 34. “He was the first man who really seemed to care about her,” Roseburg said.

The judge noted that when listening to the recordings or confidential conversations between W. and her lover in jail, she did not hear fear in W’s voice. “I did not hear a scared woman; on the contrary, I heard a woman who uttered coarse language.”

According to W.’s lawyer, this is just a façade. Roseburg pointed out that the psychiatric report shows that the defendant “has dependent and childlike traits in her personality, making her the attaching and adapting person in relationships with adults and being decided upon.” S. threatened to leave her if she did not do what he said.

The case took a different turn late Thursday afternoon when W. told the judge that she had brought girls to her lover’s house because “he loves them young.” She declared that S. no longer had her in his power and promised the judge to tell the truth.

After she spoke her last words, a small and frail elderly woman got up from her seat, left the courtroom, and quickly went down the stairs. W’s mother walked away from the courthouse with her head bowed.