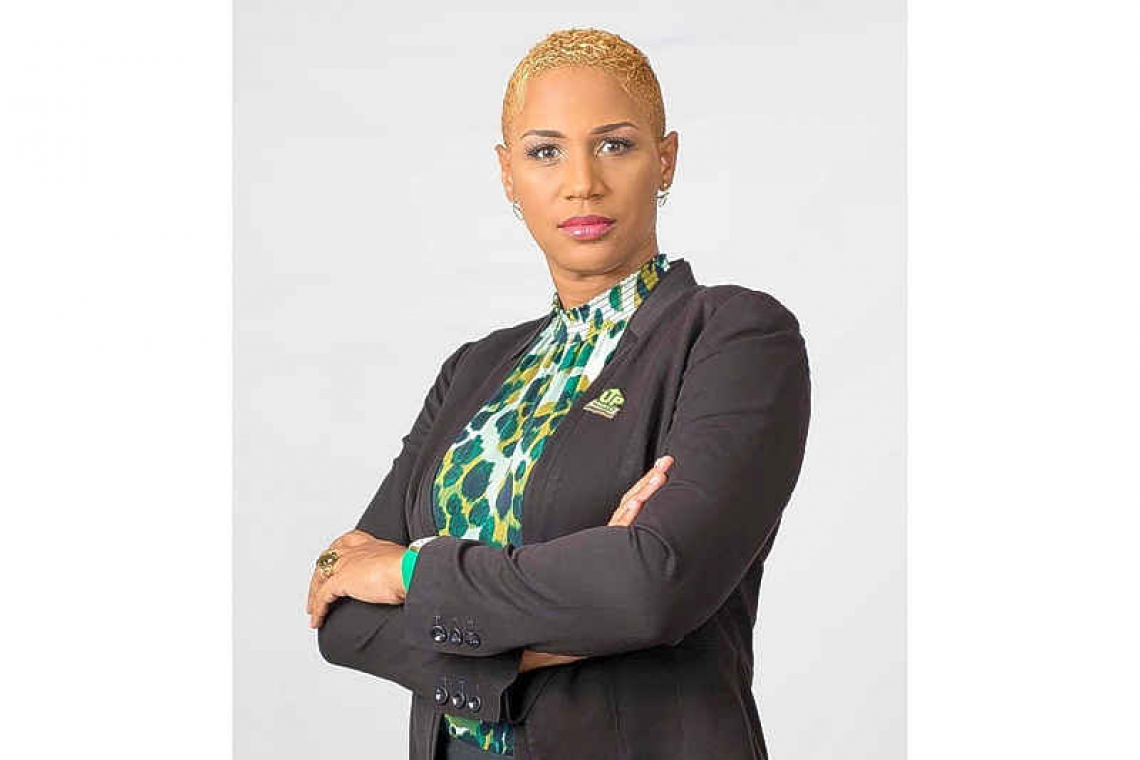 ~ Firm following up on reparations ~

PHILIPSBURG--The agreement between the Parliament of St. Maarten and the Washington-based law firm, the Choharis Law Group, came to an end in December 2021, however, the law firm continues to work on the matter of reparations, Member of Parliament (MP) Grisha Heyliger-Marten said on Tuesday.

She was at the time responding to questions from United Democrats (UD) MP Sarah Wescot-Williams and other MPs on the matter. If the firm is successful in obtaining reparations for the country, the law firm will receive 0.085% of the amount.
Choharis Legal Solutions, on March 9, 2021, filed a petition on behalf of the Parliament and people of St. Maarten with the Special Rapporteur on Contemporary Forms of Racism, Racial Discrimination, Xenophobia and Related Intolerance, and the Working Group of Experts on People of African Descent. Both institutions form part of the United Nations system. The petition was amended and reinstated on February 16, 2022. The manner in which the law firm was contracted by the Parliament of St. Maarten, and the fact that the petition was filed on behalf of the people of St. Maarten (and Parliament) was criticized by some MPs.
“The agreement with Choharis ended in December,” stated Heyliger-Marten, who indicated that the law firm is primarily following up with the Special Rapporteur and the UN Working Group. “That is mainly what they are doing. What they were hired to do was to petition the UN.”
She said the firm filed 50-page petitions to the UN Special Rapporteur, the UN working Group and the Committee on the Elimination of Racial Discrimination (CERD). A response has been received from the CERD, which is in Parliament’s possession.
“Right now, we are just awaiting the response from those two UN groups that we submitted to. Peter Choharis is not on retainer for the rest of the year. It ended in December. That agreement was for the year 2021. The entire year of 2021 and then I think we also had November and December, so it was for about 14 months and that is it,” explained Heyliger-Marten.
“The agreement as I recall was passed in the Presidium [of Parliament]. We received a proposal and then it was passed by the Presidium. I remember some of the Members of Parliament also meeting with Choharis, giving him an introductory meeting as to what he will be doing…, but it was a very informal meeting for those who wanted to hear from him, and then we passed the proposal – his proposal in [the] Presidium and the then President of Parliament signed. As we also recalled, there is also a part in there for reparations and that is still ongoing and that is based on a succession fee. So, provided that the reparations are achieved there is a percentage of 0.085 per cent, and that is it, and that is the ongoing work that the Choharis Group is doing.”
Heyliger-Marten also explained that most of the work that the law firm is currently engaged in is pro bono. “So yes, we are not paying them anything,” she indicated. “Any correspondence right now is merely by phone, following up, how is it going with the UN special rapporteur, any feedback as yet and that’s it, there is no charge for that at all,” Heyliger-Marten explained.
“The last time we heard from the Choharis Group, we were supposed to receive recommendations from both these UN working groups by March. It was supposed to be mid to late March, but with the Ukraine war, which has become precedence [for] the... UN Working Group and the Special Rapporteurs and that’s the reason why we are unable to receive recommendations because that has taken precedence for them. That has been the setback, but he [Peter Choharis] has also always, every two to three weeks, followed up with them and that is the last update I have received from the Choharis Group.”
Wescot-Williams, who requested the agenda points, requested Parliament to look into the manner in which the legislature went about entering into agreement with the Choharis Law firm to determine whether it was correct or not. She said there is a very thin line as it relates to the application of contract law to Parliament and the legislature entering into agreements and following up on them.
Wescot-Williams said she does not believe that the basis on which the agreement was entered into by a motion was the correct way, adding that making Parliament party to such agreements could have far-reaching consequences. “I would like that to be researched.”
United People’s (UP) party MP Rolando Brison countered, questioning whether it is not the purview of the Presidium to seek advice with or without a motion, and whether this has not occurred in the past. He asked whether the motion does not actually strengthen the Presidium’s goals.
Parliament, Brison added, has contracted law firms in the past and he cited examples. He said while it is indeed a very thin line, this should not strip the Presidium of its authority. He said while Parliament does not have a legal structure of an NV, the Presidium has to manage and handle these things with the secretariat.
In defence, Heyliger-Marten said resolution 5 of the November 5, 2020, motion is clear. The resolution in question resolves to “immediately retain” local and international legal counsel to assist Parliament and government to end “the violations of St. Maarten’s UN-mandated right to a full measure of self-government; completing the decolonization of St. Maarten and the other islands of the former Netherlands Antilles with the assistance of the United Nations in accordance with the past, present, and future obligations of the Netherlands under international law and obtaining reparations from the Netherlands for violations of international law and norms, as well as its treaty obligations.”
Heyliger-Marten said a majority in Parliament gave a mandate in the motion and this was executed.
Party for Progress (PFP) MP Raeyhon Peterson said while Parliament can seek legal advice, Parliament cannot act in the way that the Choharis Law Group can say it is representing the people of St. Maarten, the country and Parliament in its petition.
During Tuesday’s meeting, an update was also provided on the November 5, 2020, motion of Parliament.