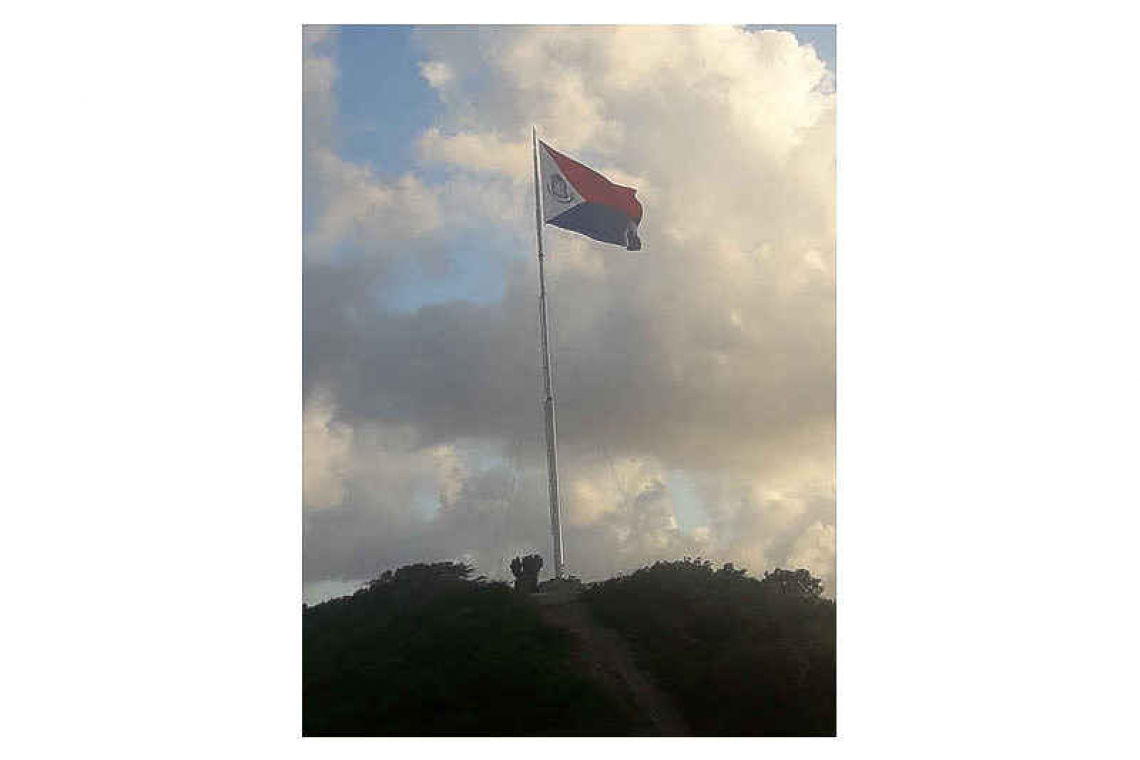 BELL’S LOOKOUT POINT—"As St. Martiners, we feel a sense of pride, and are elated and proud to see the St. Maarten flag flying high at the Bell’s Lookout Point, especially on St. Martin Day. As such, preparations were made to raise the flag on St. Martin Day,” said Prime Minister Silveria Jacobs in a statement on Friday afternoon.

“Unfortunately, due to the inclement weather expected and experienced, which was predicted to include heavy rainfall and high speed winds, the flag was not hoisted. The decision was made not to hoist the oversized flag as per advice received from the relevant authorities,” she added.

The flag will continue to fly high as long as weather permits, colcunded the government release.