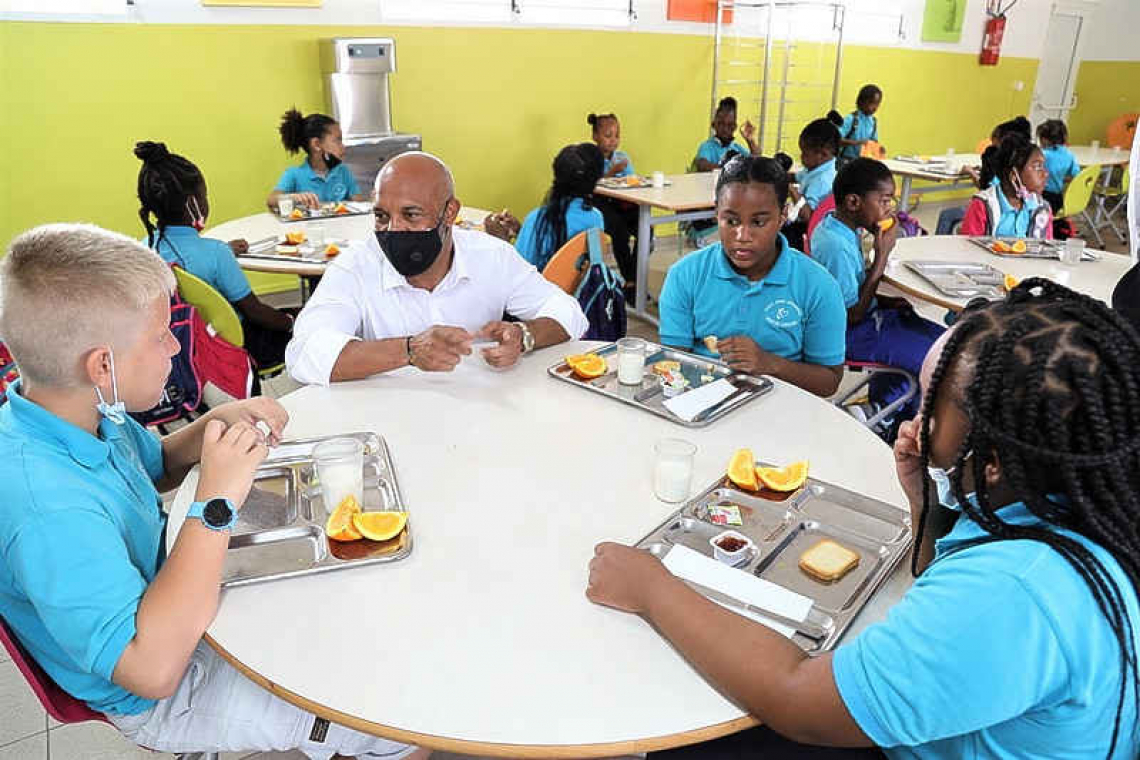 President Daniel Gibbs interacts with children as they have breakfast in Omer Arrondell School.

The breakfast initiative stems from a partnership agreement between CTOS, National Education, the Regional Authority for Education and Health Promotion of Guadeloupe IREPS and the Collectivité that was signed on February 10, allowing the scheme to come into force as soon as the Carnival holidays started.

Aline Hanson, Clair St. Maximin, Omer Arrondell, Jean Anselme, Eliane Clarke and Jérôme Beaupère elementary and nursery schools of Sandy Ground and Quartier d’Orléans benefit from this scheme co-financed by National Education and the Collectivité, with the central kitchen of CTOS in charge of preparing and serving breakfast. About 1,480 primary school pupils are part of the network.

The breakfast menu varies every day and is displayed, together with the lunch menu, at the entrance of each school. The breakfast of the day consists of biscuits, jam, a glass of milk and an orange. One out of two children revealed that they had not eaten breakfast before arriving at school, demonstrating the need for such a scheme in the territory.

“Breakfast in the morning is essential for the health of the children. The pupils are more willing to learn, more attentive. It is a win-win situation,” said Gibbs. “What’s more, the children are really happy to have breakfast before school. I would like to salute our partners, the French Ministry of Education, CTOS and IREPS for the success of this joint action.”