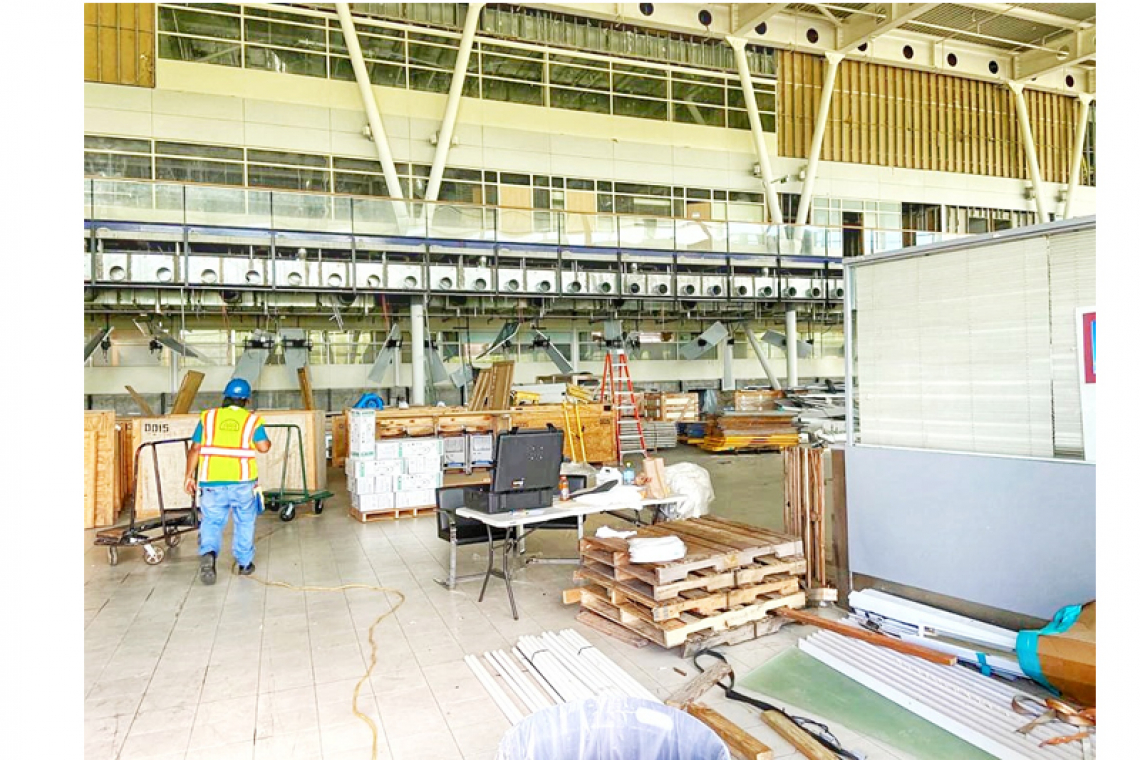 This threatened to shut down the runway for the day during the busiest time of the year. Arrival numbers are currently at their highest since the airport closed its doors in March because of the COVID-19 crisis (see related story).

PJIA operating company PJIAE said the alarm was raised around 7:00am Sunday, when management was informed that the entire shift of Rescue and Firefighting (RFF) were a no-show. The St. Maarten Fire Department, which is separate from RFF, was also informed of the situation on Sunday morning.

The airport called in several spare firefighters in the morning hours to prevent a total shutdown of the airport’s operations. This allowed the airport to secure a so-called category five safety rating, which meant only small aircraft could perform take-offs and landings.

However, with the day’s peak hours coming up, the airport needed to secure additional personnel to facilitate larger jet aircraft, such as those operated by Air France and Royal Dutch Airlines KLM.

PJIAE got more personnel on duty to obtain a category nine safety rating around 11:00am, which allowed the first jet aircraft of the day – Copa Airlines flight 134 from Panama City, Panama – to land about 15 minutes later.

First reports about the firefighters’ failure to show up for work indicated that it was an organised strike. The firefighters were said to be protesting the airport’s failure to pay them an end-of-year bonus.

PJIAE chief executive officer (CEO) Brian Mingo on Monday did not confirm or deny whether it was an organised strike.

“At this stage I cannot say whether it was a coincidental or deliberate action, only that it was a serious matter that warranted immediate action on the part of PJIAE’s management to avoid closure of the airport due to the absence of RFF support.

“If immediate action was not taken, flights would have had to be diverted to other destinations or cancelled. Not only would this have been bad for the reputation of our airport, but it would have also caused a wider investigation by the civil aviation authorities and other airline stakeholders,” said Mingo.

PJIAE is looking into the incident, said Mingo. “This was a very critical and serious occurrence for which I have started an immediate investigation,” he said.

A full report about the incident is to be given to Minister of Tourism, Economic Affairs, Transport and Telecommunication (TEATT) Ludmila de Weever, said Mingo.

He called on PJIAE workers to “cooperate to the fullest so that incidents like this do not happen again in the future.”