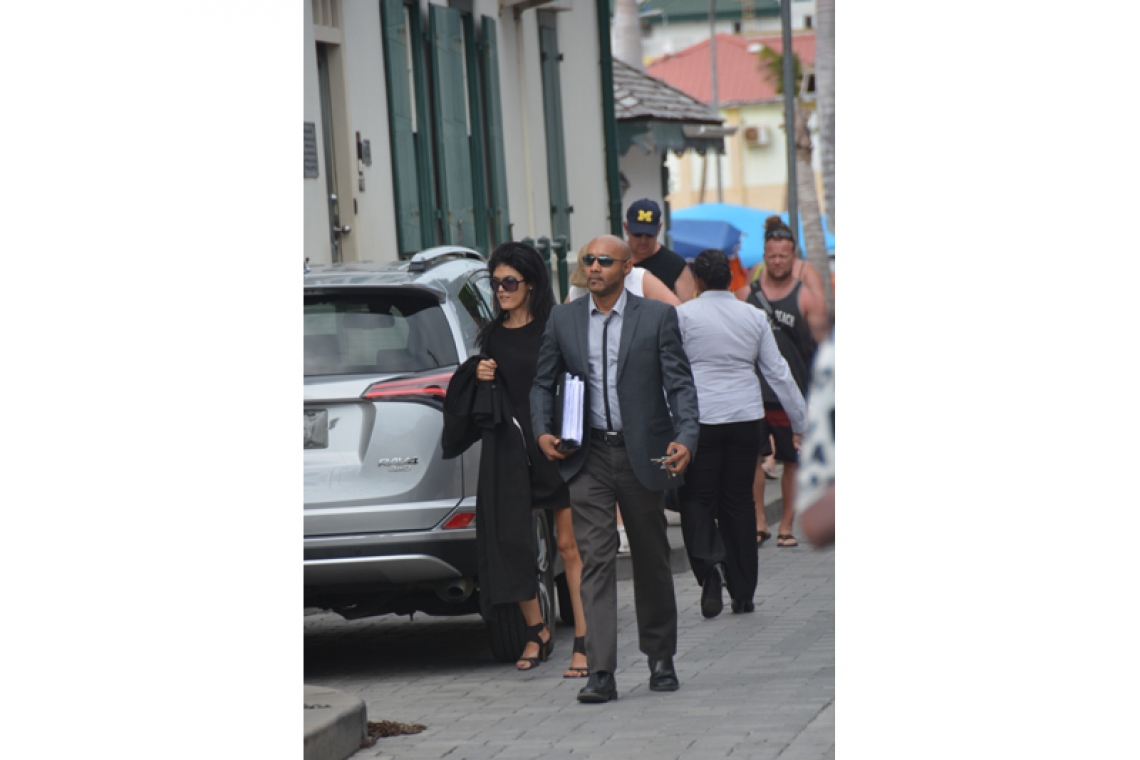 PHILIPSBURG--Former Member of Parliament (MP) Chanel Brownbill has lost his appeal against his conviction for tax fraud by the Court of First Instance on April 17, 2018. The Court of Appeals upheld the verdict and only altered the punishment and the motivation thereof, the Court said Thursday.

The Appeals Court found it proven that Brownbill had deliberately failed to declare income and turnover tax (TOT) to the total amount of more than NAf. 890,000.

For this crime, Brownbill was sentenced to 18 months, 12 of which were suspended, on three years’ probation, with 240 hours of community service.

The Court of First Instance had sentenced the former MP to 18 months, 15 of which were suspended, on three years’ probation, with 240 hours of community service.

The Prosecutor’s Office had called for 18 months, a conditional fine of NAf. 250,000, two years’ probation, and a five-year ban on the right to be elected.

Brownbill and his lawyer Safira Ibrahim had immediately filed for appeal after the verdict was handed down by the lesser court.

Brownbill told the three-judge panel during last month’s appeal hearing that he had filed an appeal because the verdict was primarily based on his remaining silent and on the fact that the court had considered him a “role model” and that his “tax ethics” had played a lesser role.

Brownbill stated in his defence that he has “always” been registered with the Tax Department and that he had a “CRIB number”, but that he had never received any assessment or settlement. He said he had only realised there was a backlog when he was questioned as a witness in the “Emerald” investigation.

The Appeals Court held it against Brownbill that he had committed tax evasion and had failed to file taxes for seven years, which had caused a considerable loss for St. Maarten.

“The suspect has thereby placed his own financial advantage above the general interest of a correct taxation” and thus also above the interest of the community, the Court stated in the verdict.

The Court held it particularly against the former MP and “representative of the people of St. Maarten” who – for a brief period of time – had received a substantial income from the government’s coffers, that he had disadvantaged society and government’s funds.

Brownbill had said during the appeal hearing that he was not walking away from his responsibilities, but the Court stated that he had failed to give insight into his actions and had not convincingly shown any remorse.

Arguments by the defence that the criminal court did not have jurisdiction and that the case should have been handled in the Tax Court were dismissed, as Brownbill had been prosecuted for criminal acts. The case was investigated by police officers of the Anti-Corruption Task Force TBO.

Appeals to the so-called repentance regulation (“inkeerregeling”) for taxpayers who had not filed for taxes but were willing to settle the matter out of court were also dismissed.

Brownbill claimed that he had voluntarily declared his first tax papers on December 15, 2017, six days after the Harbour offices and the home and business Checkmate Security of his friend, distant cousin and main suspect in the Emerald investigation O’Neal Arrindell were searched.

However, Brownbill’s house was searched on March 15, 2017. The police questioned him as a suspect March 15-17, 2017. Only nine months later he filed his tax papers, being aware that tax officials knew or would know that he had failed to file income tax and TOT, the Appeals Court said.

Despite repeated questions by the solicitor-general and the judges, Brownbill failed to give an explanation about why he had approached an accountant six days after the Harbour searches.

The Appellate Court rejected the appeal to the repentance regulation because it agreed with the lesser court that Brownbill had suspected that tax officials would become aware that he had wrongly failed to file his tax declarations.