Emmanuel: Trying to come after me will not change Ombudsman report 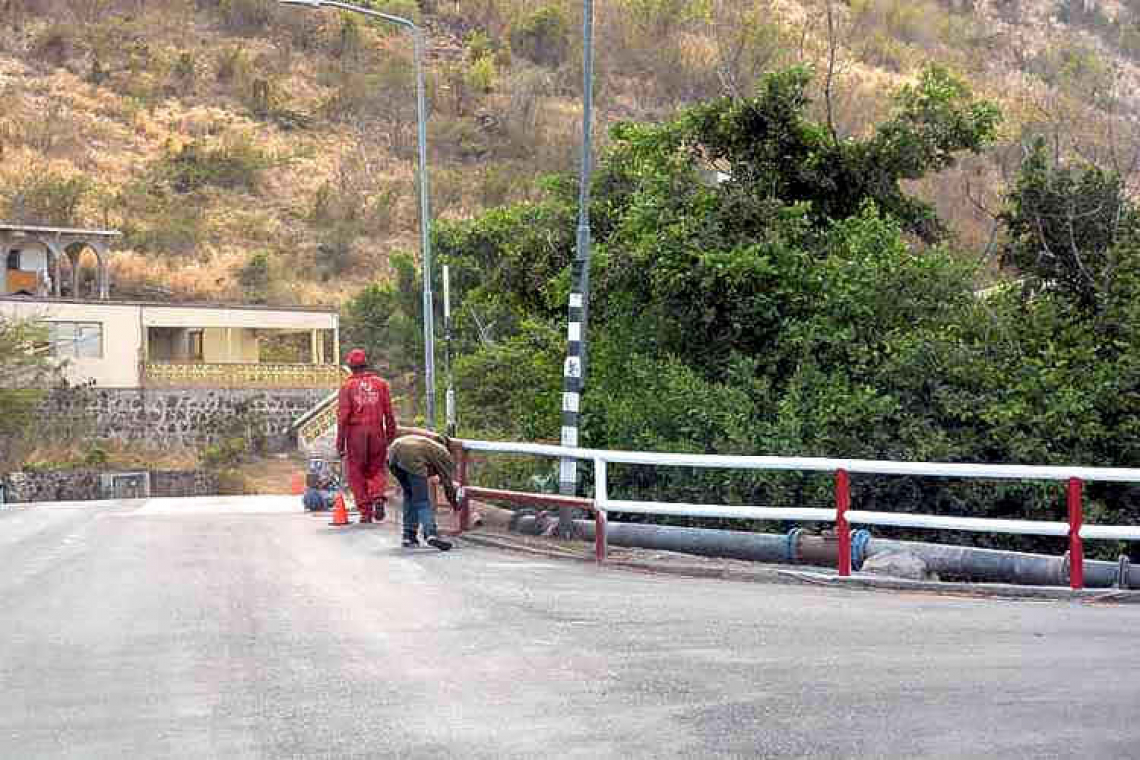 PHILIPSBURG--Independent Member of Parliament Christophe Emmanuel on Wednesday told Minister of Finance Ardwell Irion to go ahead and join the charade being perpetrated on the public, and investigate what he (Irion) called possible “bid-rigging” in the repairs of the Prins Bernard bridge in 2017, while he (Emmanuel) was the Minister of Public Housing, Environment, Spatial Development, and Infrastructure VROMI.

Minister Irion made comments in the Wednesday Live COM Press Briefing about possible bid-rigging in 2017.
MP Emmanuel urged Irion and the entire government to stop deflecting from the issue of the systemic investigation into the bidding process for the garbage contracts conducted by the Ombudsman and “vindictively trying to dig up whatever they can to distract the people of St. Maarten.”
“First, we have the Minister of VROMI going after one MP who is part of a faction that will table a motion of no-confidence against him, with the minister lying and using a two-year-old document to discredit that MP. He literally threatened that MP,” Emmanuel said. “Now we have the Minister of Finance trying to go at another MP, me, who happened to have been speaking out on the garbage contracts, by bringing up what he (Irion) thinks is an issue from five years ago. If it were not so sad, it would be funny.”
The MP said government is more concerned with setting up their bloggers to ask questions in press briefings on certain issues, so that a distracting narrative can be created. “Normally you see certain stories and you immediately recognize that they are attempts to draw you out into a distracting discussion. It was not until the Minister of Finance used the words “bid rigging” is when I thought a line was crossed and the government is trying to intimidate or destroy any voice of dissent in this country.”
He continued: “Unfortunately for the Minister of Finance, the repairs to the Prins Bernard Bridge, as well as several other projects, were all part of the dossier submitted to the Prosecutor’s Office when they politically tried to destroy me by having me arrested. Three judges dismissed all of those charges and allegations as having no grounds whatsoever. So, they can feel free and have it again.”
Emmanuel further dismissed the statements that the work to the bridge was awarded and not completed. “So, how did the bridge go from wooden walking planks to metal? How was the hand railing repaired? How did it go from green to red and white? How did other repairs to the bridge occur after Hurricane Irma? And what did the media take pictures of and wrote stories about? In fact, let me quote The Daily Herald from June 19, 2018: “The Prins Bernhard Bridge got a facelift in recent days. Its guardrails and pedestrian pathway were repaired and repainted. The bridge was one of many parts of the country’s infrastructure affected by Hurricane Irma almost 10 months ago. The overall road network has been very badly damaged by the hurricane and the heavy, consistent rainstorms of January and February.”
Emmanuel: “Simple research can prove the Minister’s comments as blatantly false. On top of that, the individual that executed the work had been doing work for government for years, long before I became minister. Trying to make connections to people close to me, whose address was where, all things that were looked at under the most intense legal scrutiny are again attempts to distract.”
Then cynically: "I'm also assuming that the Minister of Finance is also accusing the current Prime Minister and current MP William Marlin of bid-rigging since both of them were ministers in the Council of Ministers that approved the project.”
The MP re-iterated that the people of St. Maarten should not get distracted by what the government is trying to do. “The government has lied, called you stupid and is trying to save a minister by doing everything in the summer recess of Parliament to intimidate and influence. The Minister of VROMI has made good on his threats to another MP and now feels empowered to go after others because nobody in his own government is willing to hold him accountable.”
The government of St. Maarten is showing the world the lengths it will go to protect its power, Emmanuel said. “They are showing that vindictiveness is very real from this government towards its citizens if they (the government) ever perceive a threat to their power. There is a name for that type of government.”