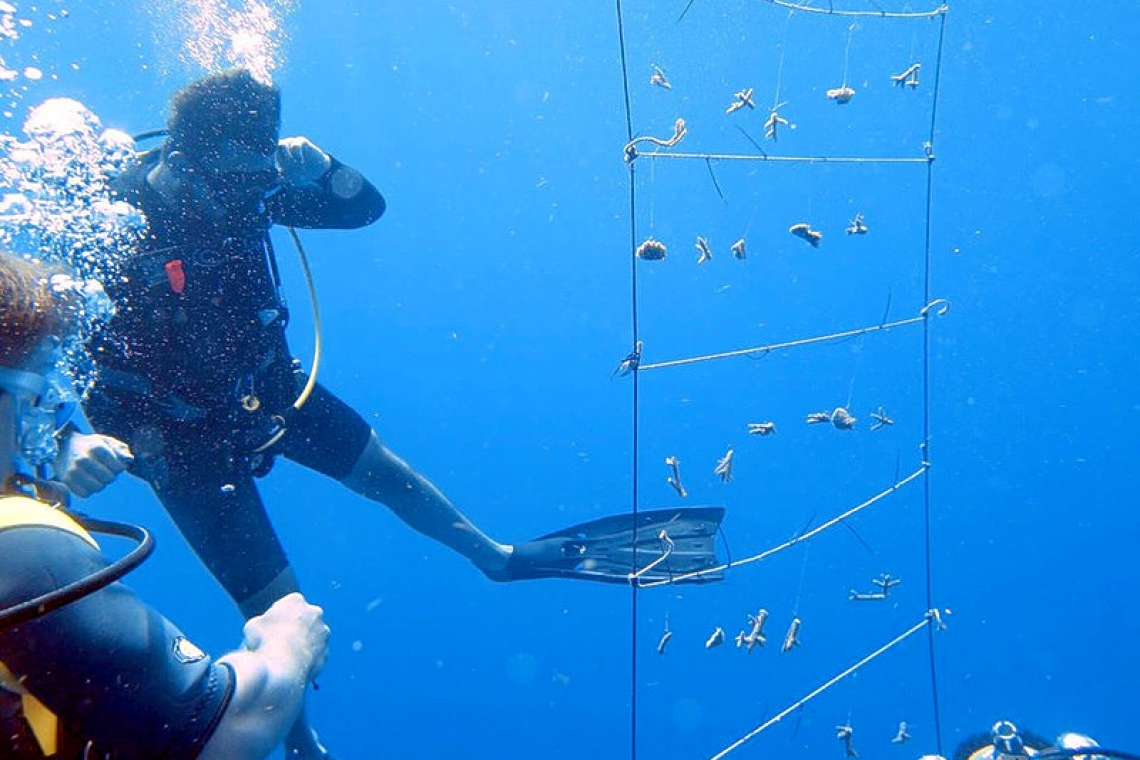 SABA/ST. EUSTATIUS--The Dutch government has made 7.2 million euros available for the protection of nature and the development of agriculture in the Caribbean Netherlands between 2020 and 2030. The money comes on top of 1.6 million euros already allocated to Bonaire, St. Eustatius and Saba.

Minister of Agriculture, Nature and Food Quality LNV Carola Schouten announced the allocation of monies under the Nature and Environment Policy Plan Caribbean Netherlands in a letter to the Dutch Parliament’s Second Chamber, also on behalf of Minister of Environment and Housing Stientje van Veldhoven and State Secretary of Home Affairs and Kingdom Relations Raymond Knops.

The coral reefs in the Caribbean Netherlands are under pressure. This not only has major consequences for the islands’ biodiversity but also for their economic prosperity. The corals in the waters around Bonaire, Statia and Saba are threatened by erosion and water contamination.

The erosion is mainly caused by more than 40,000 free-roaming goats and other grazers, such as donkeys. These animals make sand from the surface end up in the sea, which subsequently damages the coral. To prevent this, goat farming will be professionalised, which includes rearing goats in confinement.

Measures are also being taken to prevent the leakage of wastewater, which contains nutrients such as phosphate and nitrate, into the ocean. These nutrients boost the growth of algae, which grows over the corals.

Recent research has shown that it is possible to plant and grow elkhorn and staghorn coral, which are the natural habitat of different species of fish. Research on this will be expanded extensively under the policy plan.

The protection of coral is one of the elements of the Nature and Environment Policy Plan for the next 10 years which was drawn up in collaboration with the islands. The plan also covers the protection of natural areas and species, and the sustainable use of land and water.

Sustainable fisheries and agriculture may contribute to the improvement of environmental protection and economic prosperity in the Caribbean Netherlands. A plan will be prepared this year aimed at organising local fisheries in such a way that fish stocks will remain stable from 2030. In addition, efforts are being made for more sustainable types of agriculture, such as a hydroponics farm in Saba.

In 2017 Wageningen University and Research (WUR) published a report on the state of Nature in the Caribbean Netherlands. The latest report of the Convention on Biological Diversity (CBD) also addressed biodiversity in the Caribbean. Both reports concluded that action was needed. The Nature and Environment Policy Plan Caribbean Netherlands 2020-2030 is a response to both reports.

The plan is not only to benefit nature. Nature tourism and fisheries annually yield approximately 150 million euros, which accounts for a substantial part of the gross domestic product (GDP) of Bonaire, Statia and Saba.

Last year, Members of Parliament (MPs) Tjeerd de Groot of centre-democrat party D66 and Laura Bromet of green-left party GroenLinks called on the LNV minister to come with an integral plan to save the corals in the Caribbean Netherlands.

Approximately 70 to 85 per cent of coral reefs have disappeared in the Caribbean Netherlands since the 1970s, largely caused by climate change, pollution, roaming animals on the islands and invasive species in the ocean. Sewerage and effective wastewater treatment are also lacking, and there is room for improvement in waste management.

The D66 party said in a response that it was pleased with the plan to better protect nature and corals in the Caribbean Netherlands. De Groot and D66 MP Antje Diertens also said they were “happy” that money will be released to improve water quality. For example, 100,000 euros will become available in the next five years.