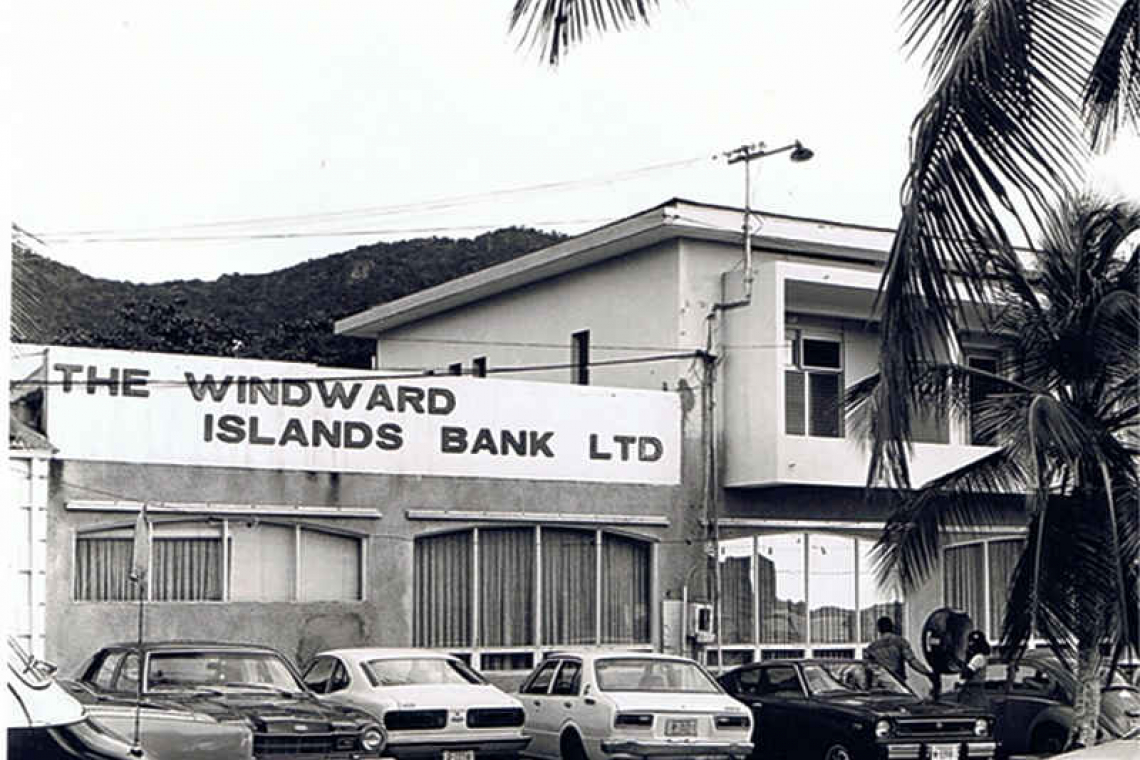 WIB’s doors were opened on December 1, 1960, by founder and first Managing Director the late Cyrus Wathey. Negotiations for the opening of a WIB in St. Maarten were initiated with Wathey, who had been the institution’s correspondent in St. Maarten, in 1959. The discussions were a success leading to the opening 60 years ago.

When it opened, Maduro and Curiel’s Bank held 76.6 per cent of the bank’s shares and the Wathey family group held the remaining shares.

WIB was originally housed in quarters that were partitioned off from the then-popular Lido Bar and Ruyter Square. WIB’s first Managing Director was Cyrus Wathey and its first manager was Johan Soree.

Other persons who sat at the helm of WIB over the years included Ernie West, Wim Strijbosch, Victor Henriquez, Jan Beaujon and currently Downes.

The bank later came to occupy the entire Lido building plus the adjoining former house of Norman Chester Wathey, one of Cyrus Wathey’s sons. After his father’s death, Chester Wathey became a director of the bank.

The bank built its own large modern building in Philipsburg in 1985. Several other branches were opened over the years. The WIB Financial Center (main branch) opened in 2013 and the Bush Road Self Service Center opened in 2019.

Noteworthy is that the WIB cards have developed from magstrips to chip and now contactless technology. There have been countless other developments over the years.

The bank is currently fuelled by a team of 171 staffers. WIB has been and continues to be instrumental in St. Maarten’s development over the past decades.

“To have reached our 60th year of service to the government and people of St Maarten is a tremendous achievement,” Downes said of the bank’s development. “The hallmark of our success over the years is rooted in the steadfast commitment to being a trusted development partner, walking hand-in-hand with the government, citizens and residents to achieve the economic and social wellbeing of St. Maarten.”

He said the opening of the first WIB branch 60 years ago had been a boost to business confidence and commercial activity in St. Maarten.

“We have grown from strength to strength staying true to our slogan ‘Your Partner in Progress’. Since we celebrated our Golden Anniversary in 2010, the winds of change in the global financial services have become stronger. It is to the credit of our committed and dedicated WIB family that the bank has been resilient in the face of these global economic headwinds, including the frenetic pace at which the digitisation of finance is progressing.”

He said WIB will continue to rise to meet these challenges frontally, while seeking as always to offer cutting-edge products and services to its valued clients.

“I would like to take this opportunity to offer my congratulations to WIB on our Diamond Anniversary and to express heartfelt thanks and appreciation to our highly committed management and staff.”

As for what lies ahead, Downes said: “The COVID-19 pandemic shock has, among other things, reinforced the need for a more digitised economic environment and banking is no exception. As a result, there will be in the not-too-distant future an increase in the demand for wider access to online and mobile payment services.

“WIB will continue to make the needed investments and build strategic alliances and partnerships to ensure we adapt to the changes taking place in the international financial environment. By doing so, we will be better positioned to ensure that all of our valued customers can conduct their banking business safely and securely whether through digital or traditional means.”