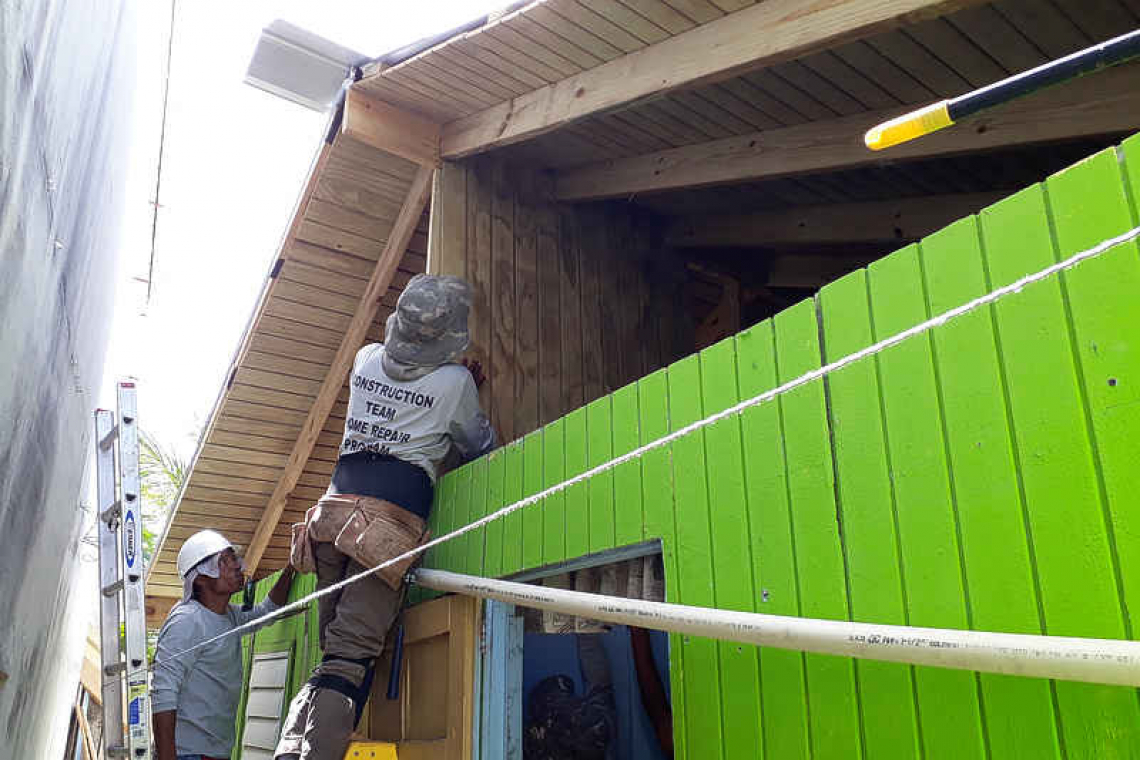 The Netherlands Red Cross roof repair programme officially ended on Monday. In total, the project fixed some 182 roofs since it began in January. In photo: A Red Cross construction crew repairing a roof during the project.

Funded via the St. Maarten Trust Fund, the programme focused on repairing roofs that were damaged in Hurricane Irma in 2017.

The programme selected beneficiaries based on specific criteria. In its early stages, assessment teams canvassed the districts and contacted homeowners and landlords.

The programme was carried out by 61 construction workers divided into 13 teams. The work took place in Philipsburg, Simpson Bay, Over the Bank, Fort Willem, South Reward and Over the Pond. On some occasions, the work had to be suspended due to coronavirus COVID-19, such as during the lockdown in April.

The construction workers are to receive a certificate today, indicating that they completed training and gained work experience through the project.

The Red Cross also held an exhibition in September, where programme beneficiaries received additional information about the project, hurricane preparedness, and how to maintain their new roofs.

“Since Hurricane Irma, the Red Cross has contributed to the recovery and resiliency of St. Maarten through various projects, varying from food assistance to vocational training and the repair of roofs. In the upcoming months, Red Cross will scale down its Irma recovery activities and will resume normal activities,” said the Red Cross in a press release on Friday.

More information about the Red Cross and its St. Maarten projects can be found on the website