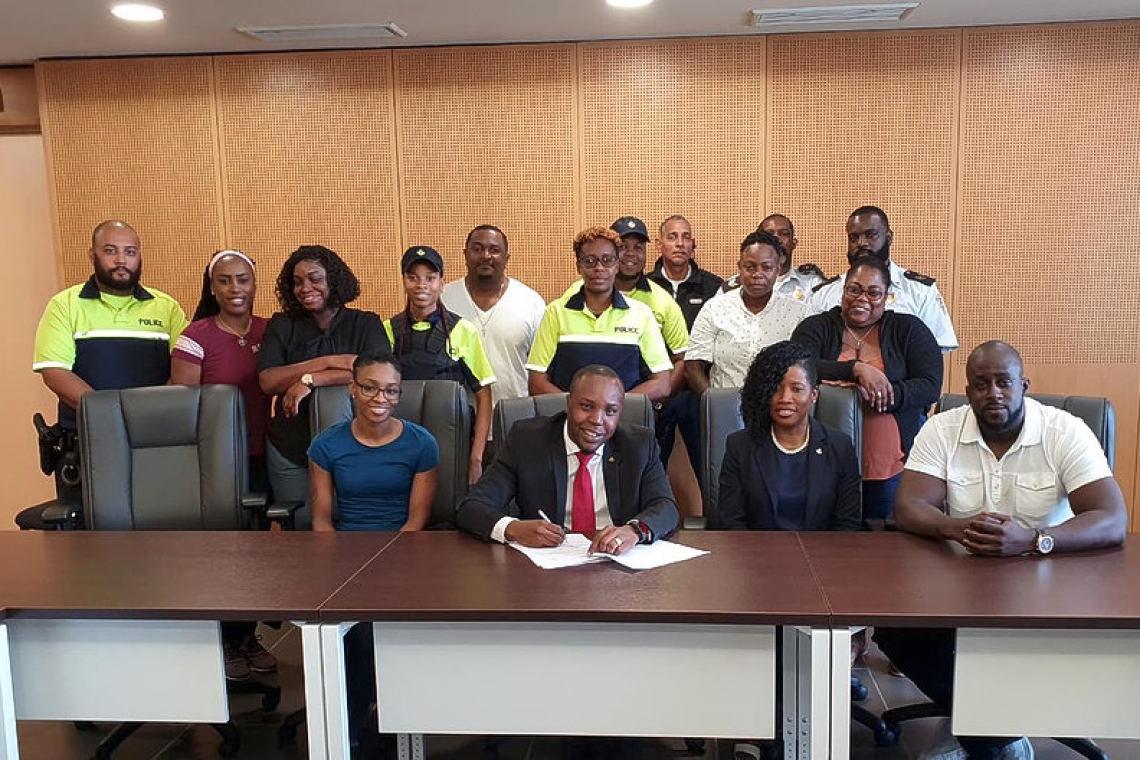 PHILIPSBURG--Justice Minister Egbert Doran signed on Wednesday the settlement agreement (in Dutch, “schikkingsovereenkomst”) for 24 officers who were hired by the St. Maarten Police Force KPSM in 2011.

The group of officers took the St. Maarten government to court in 2016, claiming issues with their official start date which, according to them, was incorrect. They said the decree they received was retroactive only to 2015.

On May 8, 2017, the Court of First Instance ruled the group had fulfilled their duties as police officers to the satisfaction of their team leaders. “Based on this, the court ruled that a new decision must be taken, and the correct date should be enforced. However, this ruling was not executed,” said the Justice Ministry in a press release on Thursday.

Doran said he was made aware of the longstanding unresolved situation when he took office late last year. He said he had conducted an investigation and afterwards held several meetings with stakeholders, which included the management and human resources (HR) departments of police.

He said he did this to “get the ball rolling and to honour the decision of the court” which entailed “getting these hardworking men and women of the Police Force rightfully placed after so many years.”

The process was finalised with Wednesday’s signing.

“It took a long time to get this important matter resolved, but I am happy that I was able to immediately put a team on it and come to a solution … [so – Ed.] these officers can be at ease and continue to execute the protective service necessary for our people and our country,” Doran told the cadets.

Doran ended the occasion by thanking the officers for their patience and dedicated service over the years.