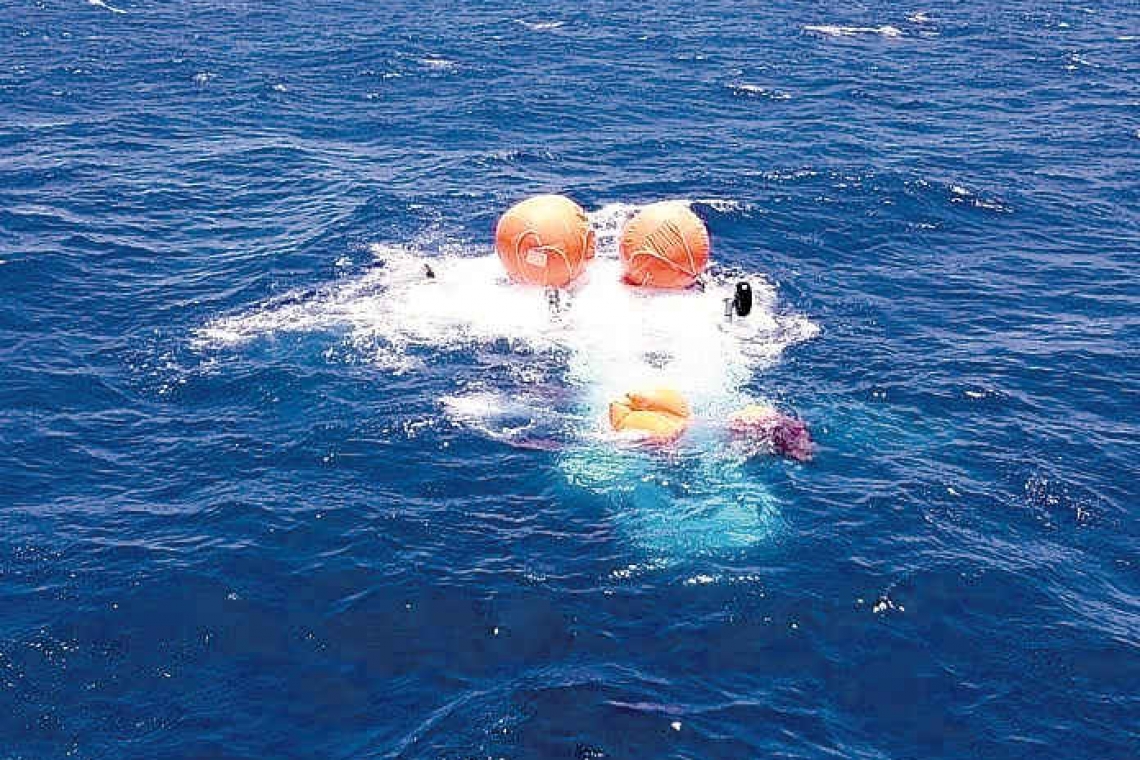 Efforts to keep the wreck afloat proved in vain.

ARUBA--The investigation into Sunday’s fatal military helicopter crash off Aruba was hampered after the aircraft sank. The Dutch Ministry of Defence said two of the four plastic balloons keeping the wreck afloat had burst, making a recovery much more difficult.

The NH-90 helicopter ditched in the sea, killing 34-year-old pilot Christine Martens and 33-year-old tactical coordinator Erwin Warnies. The two other crew members were not seriously hurt, a spokesman for the ministry said.

Director of operations Boudewijn Boots confirmed that the flight recorder was recovered in good condition. So far, the Navy has not speculated on possible reasons for the crash or why two of the four crew died. “The only thing I can say is that the two military personnel who died were sitting in the front and the others were more towards the middle of the aircraft,” Boots added.

The Netherlands has grounded its other 20 NH-90 helicopters. Other countries, including Australia, Belgium, Sweden and Norway have restricted or suspended their use of this aircraft because of technical or maintenance issues.

Meanwhile, the bodies of the two victims were taken to Curaçao by patrol vessel Zr.Ms. Groningen. Due to the investigation, it is still unclear when their remains can be transported back to the Netherlands.

According to the Kingdom Defence Ministry, attempts were made to keep the aircraft above water so that more research could be done, but that was not possible due to rough seas and strong winds. The wreck is now located at great depth more than 100 kilometres west of Aruba.

On Tuesday, members of the Defence Security Inspectorate and the Dutch Safety Board left for Curaçao. They will try to find out how the crash could have happened. Investigators from the Royal Marechaussee (military police) are also included in the group.