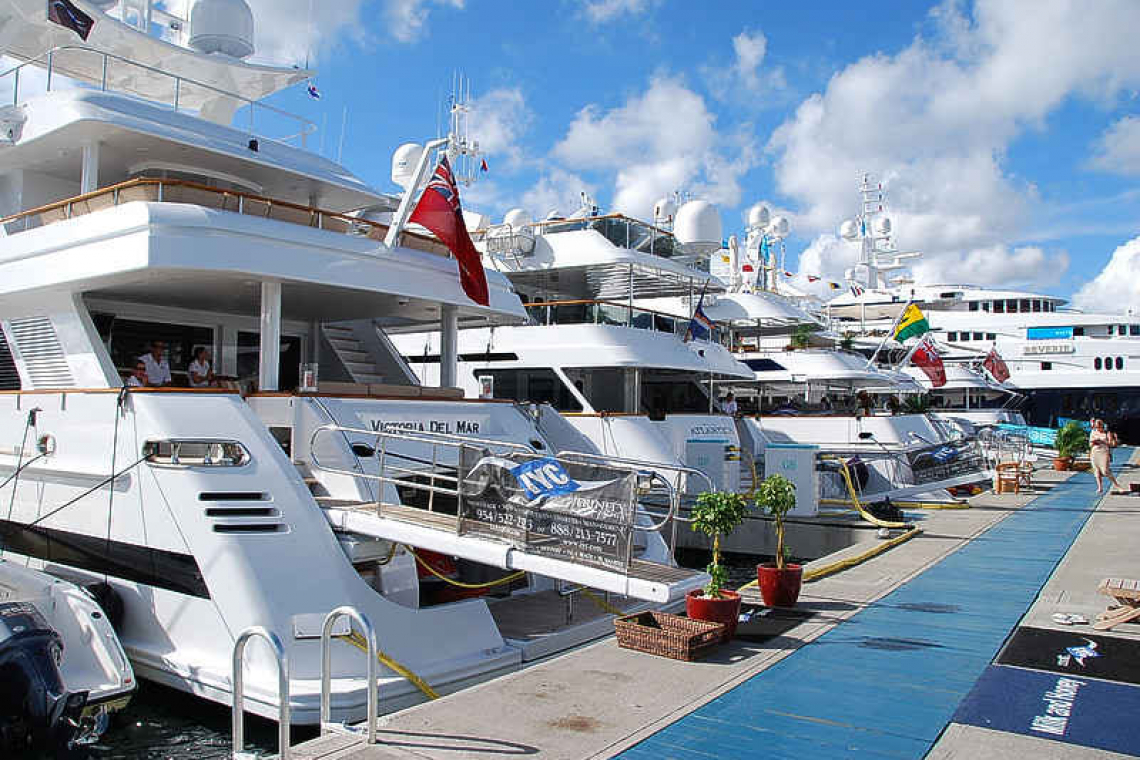 SIMPSON BAY--A testing clinic for COVID-19, independent of the government’s testing infrastructure, is being planned specifically for the maritime industry at Isle de Sol Marina and hopefully will be up and running by December, Island Global Yachting (IGY) Regional Director for the Caribbean, Brian Deher said on Thursday.

“The goal is to provide additional testing equipment for St. Maarten so that the maritime industry does not become a burden on the island’s testing facilities, but rather we are adding to the infrastructure,” Deher explained. “It’s more about when you are here and home-porting, you can be safe while you are here, whether it’s crew or charter guests or owners joining the boat or even marine professionals coming in and out of the vessel.

“While yacht crew and guests coming in by air would normally be adhering to the 72-hour testing protocol (now 120-hour) for arrival in St. Maarten, we do envisage there will be some instances where additional testing will be needed while here.”

The clinic, a private initiative, is being worked on in collaboration with government. The idea is that the equipment would also be available to the government if needed for any outbreak situation down the line.

“We will definitely be proactive in assisting the marine trades association and government for testing option centres in other marinas and areas for the coming season. We’ve got a lot of demand for boats to come down and they want to have a cruising bubble between St. Maarten, St. Martin, Anguilla and St. Barths,” Deher added.

The upcoming mega-yacht season could potentially be one of the best ever, Deher predicted, as ultra-wealthy yacht owners have more time on their hands and more reason to use their vessels.

“It isn’t such a bad idea to be quarantining somewhere on your multi-million-dollar boat now when you didn’t have the time before,” he reasoned. “We’ve seen the reality of this in St. Thomas at the IGY Yacht Haven Grand, where they had one of the best summers ever.

“But I think as our policy in St. Maarten becomes more specific for this season and lines up with the French side, which is more European Union (EU)-based, it should help us get boats in and out, and the marine trades association led by Chris Marshall is working on these specifics with government.

“Yachts don’t like to operate around uncertainty, as was the case a few years ago with immigration policies being interpreted differently. As long as we can firm up and publish our policies and procedures, notify our brokers, we stand to have a very good season.”

Marine industry veteran Robbie Ferron, looking at the cruising sector in general, said there are a lot of boats in the Southern Caribbean now, particularly in Grenada which has the most, while the Atlantic Rally for Cruisers (ARC) is on and fully subscribed, both of which indicate good signs for the season. Antigua’s charter yacht show is also going ahead and scheduled for December 4.

The real question, he emphasised, is whether these boats, when they get here, can cruise the Caribbean as they did in the past.

“If they can’t cross borders, they could get stuck here, and in St. Maarten we only have a tiny cruising area compared to other territories. [The Caribbean Community – Ed.] CARICOM has already negotiated a cruising bubble which is open. It includes Grenada, St. Vincent, Antigua and St. Kitts. If there’s a bubble for us it will be with the Dutch islands, which doesn’t do anything for our yachting industry. So, this could affect our part of the season.”

Asked for his opinion on what the season will be like, Ferron replied: “We’ll have a season, but not a great season. There are positive indicators for a moderately good season, but St. Maarten does have its negative ticks against us – mooring fees, bridge fees, dinghy licences and so on – which impacts our economic performance.”

St. Maarten Marine Trades Association President Chris Marshall could not immediately be contacted to contribute to this article, but it is understood the association, in conjunction with the Department of Economic Affairs, is close to finalising a protocol for yachts entering and leaving St. Maarten.