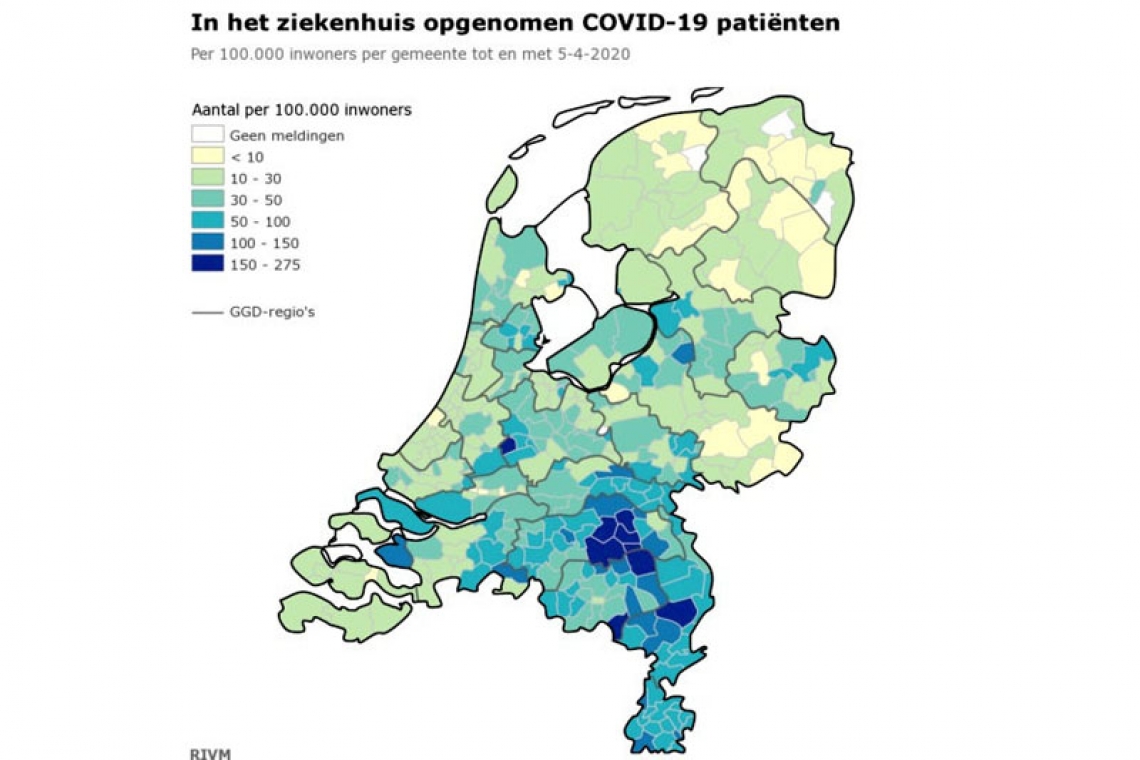 Hospitalised COVID-19 patients per 100,000 residents in Dutch municipalities up to and including Sunday, April 5, 2020. (RIVM graphics)

Three people under the age of 50 have now died, although all three had underlying health issues, the RIVM said. A further 253 people have been admitted to hospital overnight, a sharp drop on Saturday’s figure, although there may be a time lag, the RIVM said.   The number of positive tests increased to 17,851 (+1,224).

The number of hospital admissions has been declining for several days now, a fact confirmed by research carried out by Stanford University, California, United States.

Meanwhile, research by I&O shows that a majority of people in the Netherlands expect some of the measures introduced to combat coronavirus will continue for at least six months.

In total, almost three in five say they think the ban on shaking hands and cafe and restaurant closures will continue until after the European summer, while almost one in 10 expect the rules to remain in force for at least a year.

The research also shows 90 per cent of people respect the Dutch cabinet’s strategy of an “intelligent lockdown” and 75 per cent are satisfied with the measures the government has brought in to support smaller companies which have been hard hit.

Some 37 per cent of respondents said they were concerned about their own financial situation, but that figure increased to 61 per cent among the self-employed.