Convicted sex offender fails to return on his own 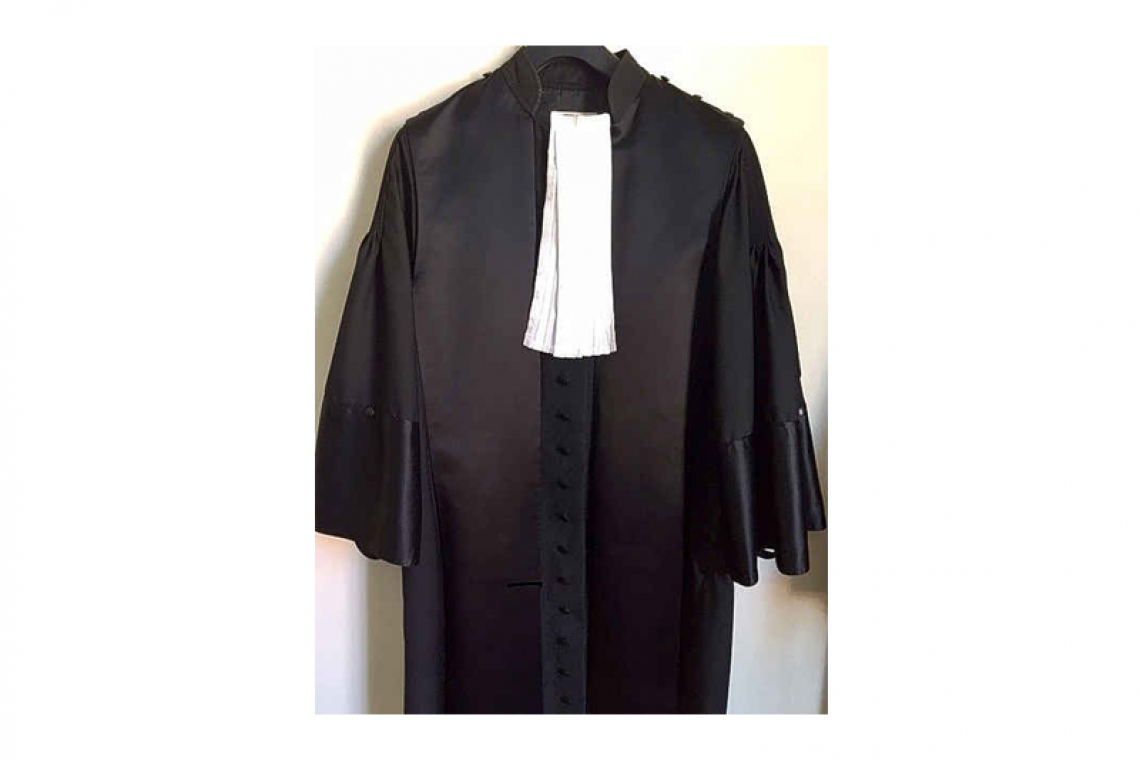 PHILIPSBURG--Although previously ordered by the Joint Court of Justice to be in St. Maarten for Tuesday’s hearing, convicted sex offender Collin Kristensen (62) has defied the authority of law enforcement, showing up for his day in appeal court via video conference from the relative safety of Scotland.

In February 2019, the Court of First Instance sentenced Kristensen to seven years in prison for many crimes, including the sexual abuse of his then-six-year-old daughter; the possession, production, and distribution of child pornography; fencing a number of looted diamonds in the aftermath of Hurricane Irma in September 2017; mistreatment with a Taser gun; bribery of a police officer; and possession of a quantity of cocaine.

The judge also ordered the execution of a three-month suspended sentence for a previous crime.

Kristensen – who is of Scottish/Danish descent – appealed the lower court’s verdict, as he pled guilty only to the cocaine possession charge. The child pornography charge concerned both videos and photographs of his own daughter and other unknown children.

After roughly 16 months in prison – which included his time in pre-trial detention – the Joint Court temporarily lifted his detention for “urgent” medical reasons.

While in prison, Kristensen was diagnosed with a herniated disc in his lower back and his condition was aggravated by a “homemade” prosthesis on his left leg. Kristensen claimed he would require highly specialised surgery to his spine which is not available in the Dutch Caribbean.

In December 2020, the Joint Court ordered him to return for Tuesday’s hearing, and even allowed the Prosecutor’s Office to pursue extradition. However, there had been no extradition in the five months since this hearing.

The Joint Court said at the time that Kristensen had not made sufficient efforts to obtain treatment and had failed to provide clarity about his medical condition, which was mainly based on his own words and not supported by medical certificates from doctors, physical therapists, or suppliers of prosthetic limbs.

On Tuesday, Kristensen told the Court that his medical treatment has been continuously delayed because British hospitals are currently not conducting elective surgery due to being overwhelmed with COVID-19 patients. He also said British travel restrictions prohibited him from travelling abroad.

The attorney-general requested that the three-judge panel of the Joint Court reinstate Kristensen’s detention, saying he had contacted authorities in Scotland to begin the process of extradition.

As for Kristensen’s argument that he could not travel from Scotland because of coronavirus-related restrictions, the attorney-general said attending trials in foreign countries is one of the reasons the United Kingdom (UK) accepts as essential travel.

Kristensen’s lawyer Sjamira Roseburg opposed the extradition request and the reinstatement of detention. She told the court that her client had finally been able to secure medical appointments after long coronavirus-related delays. She also argued that video conference should be seen as an acceptable method of continuing the case.

After a 10-minute deliberation, the three-judge panel ruled that Kristensen’s detention will be reinstated and ordered the Prosecutor’s Office to file an extradition claim with Scottish authorities.

Co-defendant Jerry-Lee Valentino Gerardus (45) – the police officer Kristensen had bribed – was physically present for Tuesday’s hearing. Like Kristensen, Gerardus’ detention was suspended for medical reasons; in his case, when he suffered cerebral haemorrhage in August 2018, before he had been convicted.

Gerardus is still ill, telling the judges on Tuesday that he is scheduled to travel to Panama in September for medical treatment.

For his crimes, Gerardus was sentenced to three years in prison and an eight-year prohibition on performing the duties of a police officer.

The next hearing in this appeal case is scheduled for July 14. On this day, if extradition is successful, Kristen will be led before the three judges in handcuffs.