Commissioner of Police says Anguilla has an exceptional police force 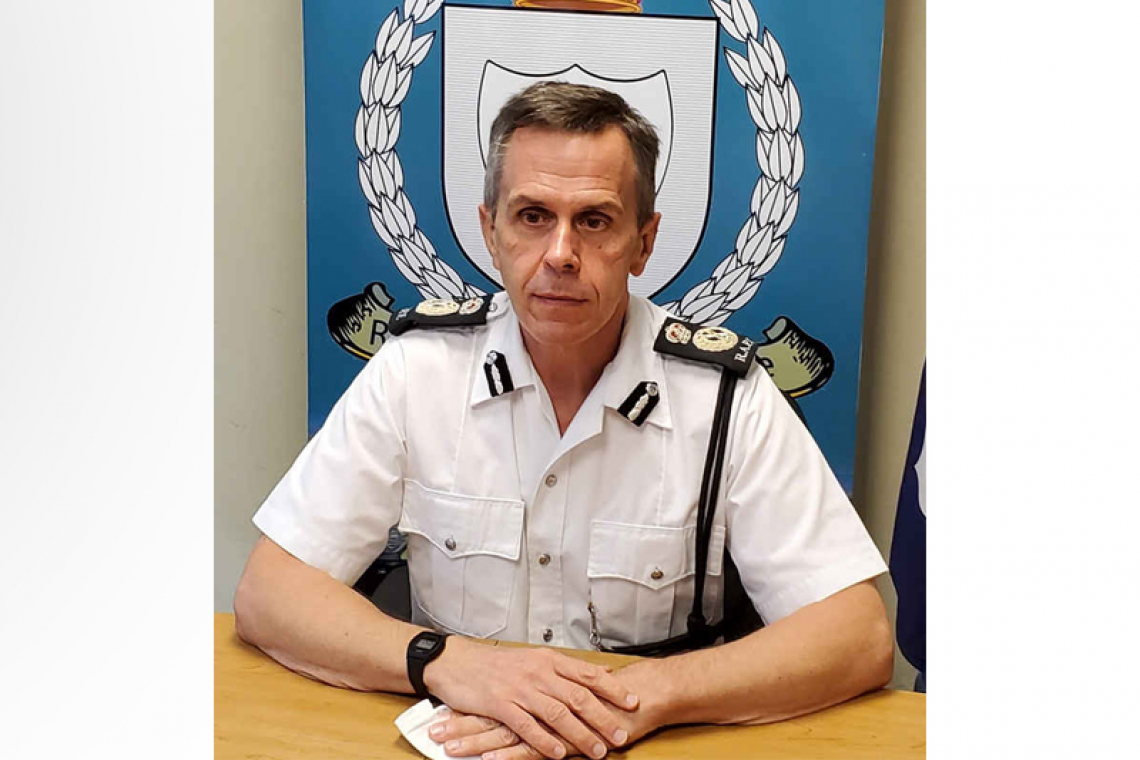 ANGUILLA--At a press conference held on Friday, July 2, Commissioner of Police David Lynch said that Anguilla has an exceptional police force and he also praised the general public for their cooperation. Lynch has been in Anguilla for five months and says it has been a very busy time with the extra protection needed due to the coronavirus COVID-19. He said that there has been good work with partners, especially the health team.

There were 104 health-related check points and altogether 453 vehicles were stopped, and 21 boats were intercepted since April this year during the lockdown.

The commissioner said that Anguilla is safe, and people are really safe here. He reported 100 hours of patrols and the fact that 100 crimes have gone to court. He said violence is being addressed and police have seized five firearms during vehicle stops. He reported that burglaries are 44 per cent down compared to last year. Domestic violence has increased with 40 cases this year. There were 68 cases of assault during the first six months of 2021, and 80 per cent of these were women. The commissioner is planning to develop a victim support scheme for domestic violence victims and noted that victims have a bigger voice now than they used to have. The commissioner is urging the public to use the police hotline www.gov.ai/911 which will serve to keep Anguilla safe.

On July 12, there is to be enhanced training for police officers with the visit of three or four trainers from the United Kingdom (UK) who will be in Anguilla for four weeks. There will be training in crime injuries and forensics in particular. The training is being funded by the UK government.

His plans for 2021-2024 include protecting the most vulnerable from harm; addressing what matters most to residents and businesses; mobilising partners and the public to build strong resilient partnerships; improving trust and confidence in the Royal Anguilla Police Force (RAPF); supporting the development of officers; creating a positive work environment; achieving best outcomes in pursuit of justice and for victims; and ensuring the RAPF is sustainable, adaptable and prepared for the future.