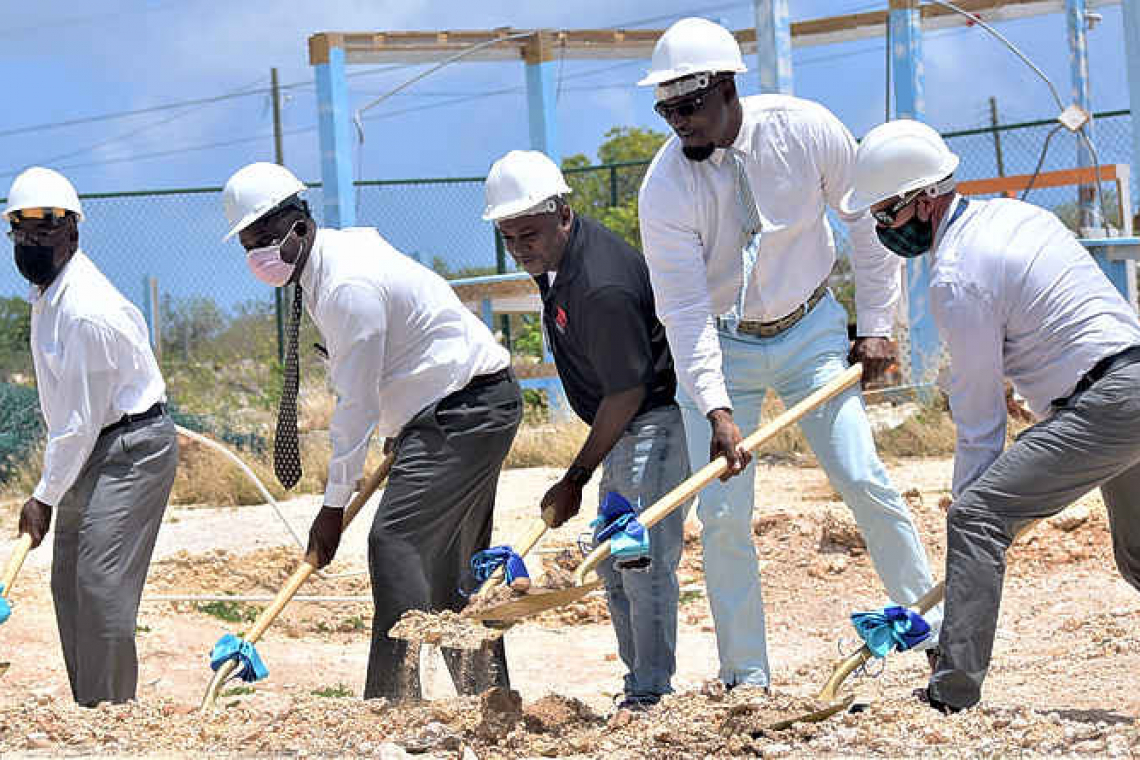 ANGUILLA--A major step in the development of and access to Anguilla took a major leap forward on Monday, June 28, when key government officials and associated key players gathered to ceremoniously break the ground at the area where the new Blowing Point Ferry Terminal will immediately begin construction. It will replace the original terminal which was severely damaged and later destroyed by Hurricane Irma in 2017, and the current temporary terminal.

Permanent Secretary of Infrastructure Karim Hodge chaired the morning ceremony, noting that the ceremony marked the beginning of a new milestone for Blowing Point and the ferry operations on the island. He said, “This significant achievement has come about through a lot of meaningful partnership and negotiation with the focus being partnership for progress and prosperity.” He said the construction of the terminal which is a critical facet of the island’s infrastructure is long overdue as it is tied to economic development and facilitates vital trade and investment. He said, “This facility will be an iconic image on our landscape which will represent Anguilla globally.”

Architect’s rendering of the future terminal. 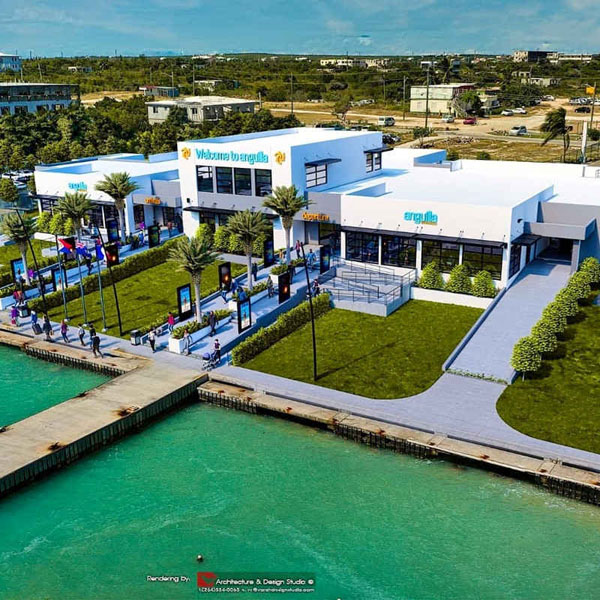 Claudius Gumbs of the Ministry of Infrastructure provided a short overview of the terminal construction project. He noted that although the terminal is one of the last construction projects within the United Kingdom’s funded Anguilla Programme portfolio, it is certainly not the least in terms of its significance. He said the building, which has been brilliantly designed by Raoul Vanterpool and his team, will have approximately 20,000 square feet of space arranged to provide a seamless inbound and outbound process. It will be predominately a one storey building with second floor offices on a portion of the building. He said the building’s plans and images attest to its beauty. He thanked the governor’s office for their continued support of the project and commitment to the island of Anguilla.

Both Architect Raoul Vanterpool and Contractor Leroy Gumbs expressed their gratitude for being selected and entrusted with the task of designing and building a world-class ferry terminal. Parliamentary Secretary of Tourism Quincia Gumbs-Marie said, “We stand this morning [Monday, June 28 – Ed.] in the space where our new building will sit for generations to come. The need for improved points of access to Anguilla both by air and sea is very obvious. In the absence of a robust airport, the Blowing Point Ferry Terminal has stood the test of time and is responsible for over 60 per cent of our passenger arrivals. I am also proud that incoming and outgoing Anguillians and residents will also benefit from modern and comfortable facilities.”

Remarks from acting Premier and Minister of Infrastructure Haydn Hughes’s culminated the short formal programme which preceded the ceremonial groundbreaking. He said, “Today [Monday, June 28] we are here to break ground on what should have already been completed, but there is a saying that goes, ‘Better late than never’.”

He thanked the many key staff members within the Ministry of Infrastructure, the governor’s office and the private business entities for doing the hard work to ensure viability of the terminal ferry project. He said, “We look forward to welcoming you to the new Blowing Point Ferry Terminal.”