5th tranche received, govt. will still be in deficit after June expenses 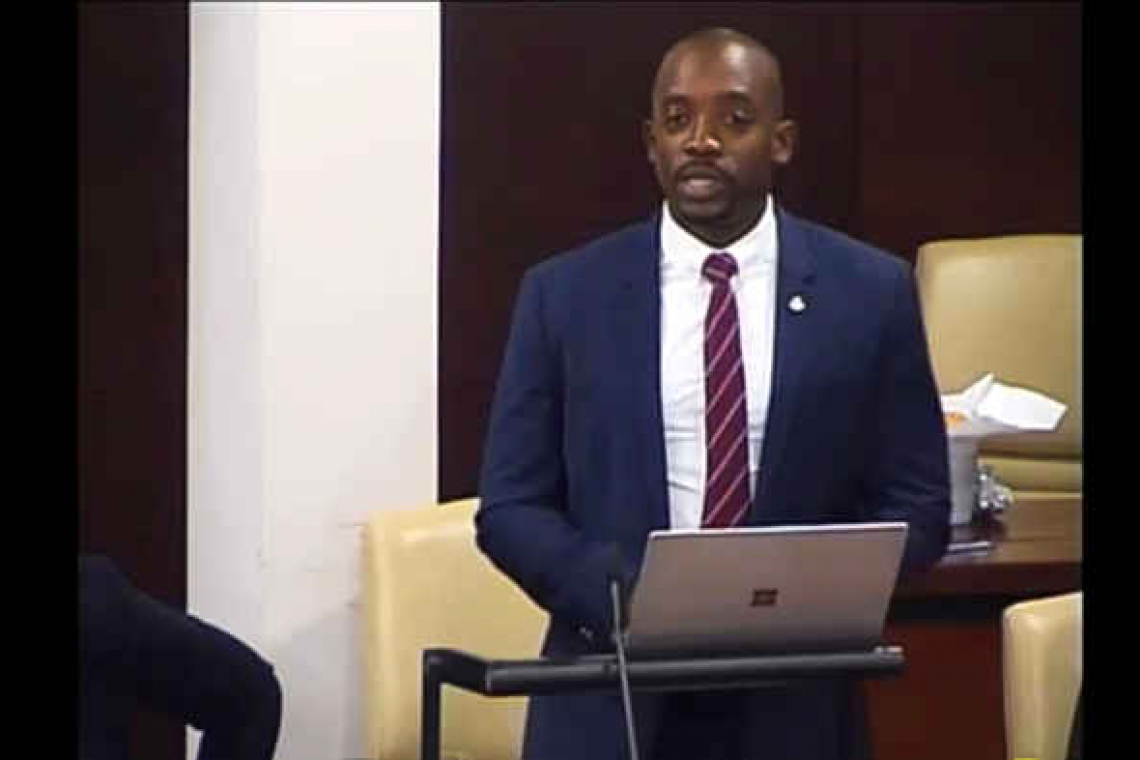 PHILIPSBURG--Although government has received the fifth tranche of NAf. 39 million liquidity support loan from the government of the Netherlands, the administration still faces a deficit of more than NAf. 20 million after its June expenses.

Finance Minister Ardwell Irion painted the grim picture to Members of Parliament (MPs) during the plenary session of the draft 2021 budget on Monday.

Government’s liquidity prior to receiving the fifth tranche was NAf. 28 million as of June 20. With the NAf. 39 million received, government now has a total of NAf. 67 million in its coffers. However, even with the funds received, government will still be in deficit on paper after making its June payments.

The minimum cash reserve that government should have during a hurricane season is about NAf. 120 million.

In giving a breakdown of government’s payables for the month of June, Irion said NAf. 8 million will go towards the payment of salaries; NAf. 6 million to subsidies for institutions such as schools, etc.; NAf. 3.8 million to the OZR fund which pays for the medical expenses of government workers and medical aid recipients; NAf. 1.5 million to rent; NAf. 0.7 million in transfer to government organisations; NAf. 20 million for accounts payable; NAf. 1.6 million to the St. Maarten Development Fund (SMDF); NAf. 24 million for the St. Maarten Stimulus and Relief Plan (SSRP) for the months of March and June; and NAf. 25 million for OZR backlog. This amounts to NAf. 90.6 million, which is NAf. 23.6 million more than government has in its coffers.

“Technically, even with the liquidity support, even if you add all of that up, we still be at a deficit on paper of close to at least NAf. 23 million,” Irion said.

“We are tackling the OZR. I have had discussions with SZV [Social and Health Insurances – Ed.] to pay the amount of OZR that we need to be paying. So, the 3.8 million is not enough to cover the OZR on a monthly basis. The SZV is calculating the amount that we should be paying which I believe is between 4.5 and 4.8 million guilders so we can stop the bleeding on a monthly basis when it comes to OZR.”

As it relates to SSRP, Irion said SZV has been instructed to open the portal for the months of March and April.