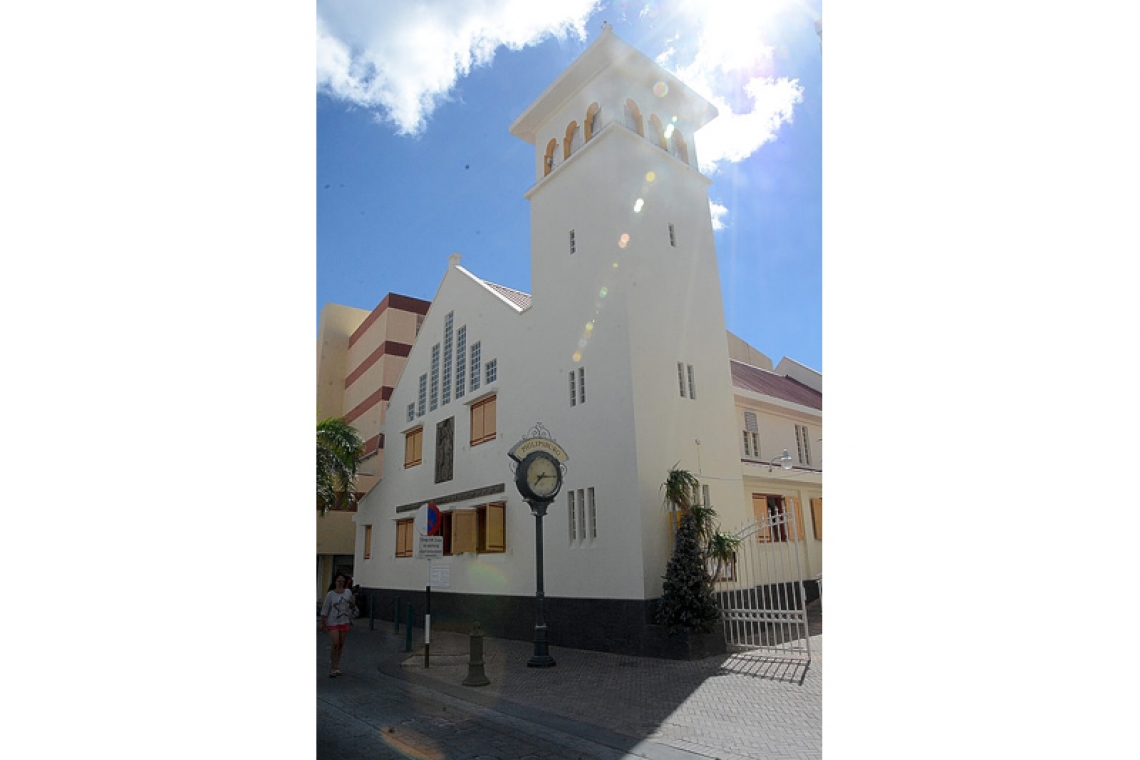 All public Masses were halted in March and instead parishioners were able to watch Masses via livestreams on Facebook.

In a notice to parishioners on Friday, Father Adam Oleszczuk expressed his delight that the church had been given the green light by the government to reopen on a limited basis for worship. Public Masses will resume in compliance with the directives of the Diocese and the COVID-19 pandemic safety protocols and measures implemented by the government.

The Philipsburg church Vigil Mass will be held on Saturday at 5:00pm and on Sunday at 8:30am and 11:30am. Only 50 parishioners will be allowed in the Mass.

The South Reward church Vigil Mass will be held on Sunday at 8:30am and 11:30am. Only 60 parishioners will be allowed in the Mass.

The Simpson Bay Vigil Mass will be held on Sunday at 5:00pm. Only 25 parishioners allowed in the Mass.

Anyone arriving after the church is full will be asked to attend another Mass.

In following safety protocols, everyone entering the church is required to sanitise their hands at the door. All entering the Church are required to wear a facemask and continue to do so during the service. Social distancing of at least two metres is to be adhered to when inside the church.

Pre-marked signs on the pews will indicate where persons are to sit. Pews have been sectioned off in an effort to encourage distance between congregants.

“When entering, go to the pew, and after, please exit the church,” said Father Oleszczuk.

Parishioners arriving for the second service will be asked to wait outside until those inside have exited. The areas used will be properly cleaned and prepared after each Mass. “At all times please listen to and follow directives from ushers,” he urged.

Literature such as church bulletins and hymn books will not be distributed and there will be no passing of the collection baskets during the Mass. “We will use a stationary collection box which will be placed at the entrances where people can drop their offering as they enter the church,” said Father Oleszczuk. A cantor will lead parishioners in praise and worship.

Physical distance is to be observed by the recipients of Holy Communion. Proper distancing will be indicated by the marks on the floor of the church. Communion will be given only by hand to hand.

The recipients of Holy Communion will be reminded to sanitise their hands before lining up to receive communion.

Restrooms will be closed to parishioners, as they are a high public health risk. Use of the bathrooms will only be allowed in an emergency.

Father Oleszczuk discouraged gathering or congregating outside the context of Mass, as this will not be allowed.

The Sunday Mass will be available virtually on Facebook for the vulnerable members of the congregation.