Brison blames miscommunication for false statements made about Sarah 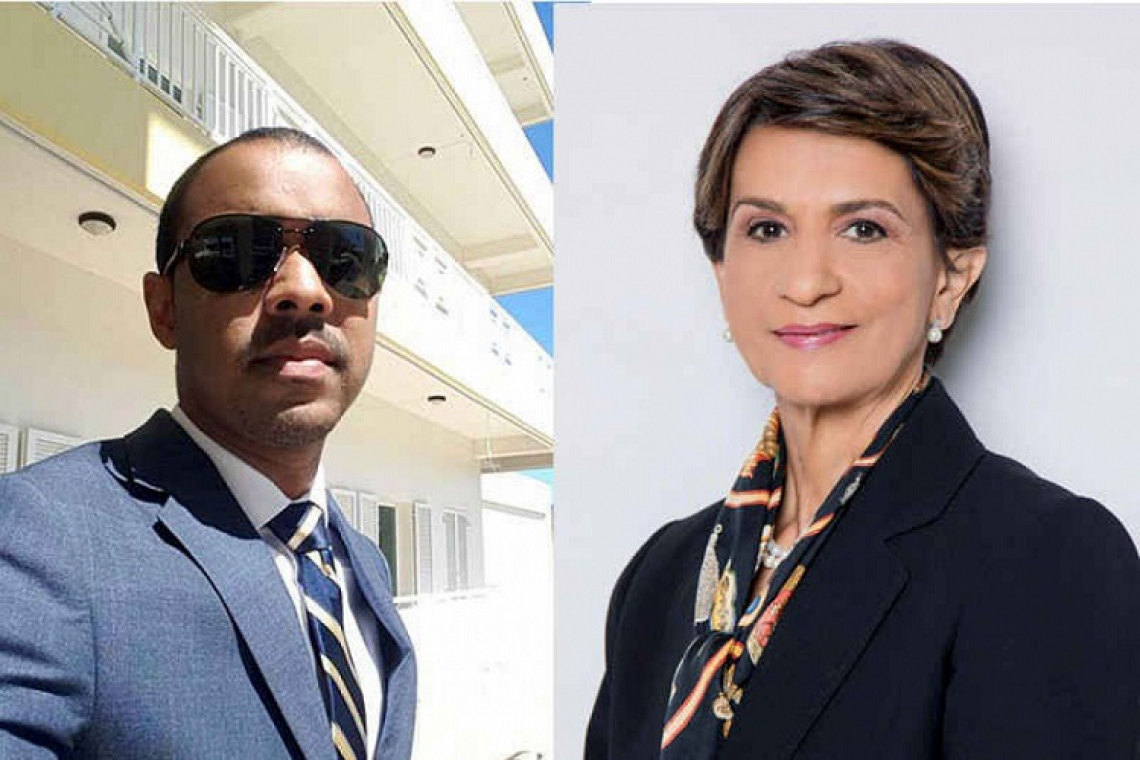 PHILIPSBURG--Chairperson of Parliament Rolando Brison apologised to United Democrats (UD) Member of Parliament (MP) Sarah Wescot-Williams on Thursday for inaccurate statements he made on a radio station suggesting that Wescot-Williams had contracted a Dutch firm in Groningen for more than 20,000 euros to provide advice about how to handle the suspension of former MP Theo Heyliger.

The information from Brison was incorrect, as 2,722 euros was the amount paid to the law firm. The apology was made during a parliamentary session on Thursday afternoon.

Brison said he had received the information based on a conversation he had with the Secretariat of Parliament and indicated that it had been a miscommunication. However, he said it was his responsibility to double-check the information and that this warranted a public apology, as he had been “totally incorrect” in his statements.

“This accusation came about as a result of me questioning the carte blanche the president (chairperson) feels he has, to contract parties based on the motion of November 5, 2020, regarding the decolonisation trajectory. So far, we know only of the Choharis contract,” Wescot-Williams told The Daily Herald.

“I would have left this for what it was, as many inaccurate statements were made by both MPs on the aforementioned radio programme. However, in today’s [Thursday’s – Ed.] committee meeting, [Independent] MP [Christophe] Emmanuel in his notifications, alluded to the statement by the president [chairperson] and asked for clarification.

I was not present for the start of the meeting due to a funeral, but when I learned of Emmanuel’s request, I made a point during the meeting not only to receive the relevant documentation, but to adjourn the finance committee meeting and provide the information there and then.”

Chairperson of Thursday’s meeting George Pantophlet consented that the Secretary General of Parliament provide the documentation, which happened shortly thereafter. All MPs received the request for the legal opinion and the amount paid was 2,722.50 euros.

“This advice regarded the application of Article 50 of the Constitution, in the case of the suspension of a member and substitution. You might recall that that was a hotly debated issue at the time in the case of former MP Heyliger and his substitute J. [Jules] James.

“In this afternoon’s [Thursday afternoon’s] meeting, the President apologised for his statement and said it was a “miscommunication between him and the secretariat.” I was absent from that meeting (had to take my second vaccine), but I also received a WhatsApp message from the President with the apology. Unfortunately, when you plant a seed, lie or truth, it grows, lies even faster than truth,” Wescot-Williams said.

She said it was remarkable, as this is not the first time Brison had alluded to this. “Every time I question the Choharis contract or any other action by the president, he would allude to some act of mine as former president. Why would he emulate me if he thinks it was wrong? And then to brush it off as a ‘mea culpa’ and relegate it to miscommunication, what am I to conclude, that the secretariat fuelled this? No, that is not the case.

“In the same interview, MP Heyliger can be heard saying ‘… and that document is what, eight pages?’ suggesting that the Choharis contract gives more ‘bang for the buck.’ So, the President has seen the document, and for someone who, according to his own admission, researches everything, it’s difficult to accept as miscommunication.”

Wescot-Williams said she had contracted legal advice in her former capacity, because as chairperson of parliament she was required to act and the constitution makes no further provisions “for how or who.”

“By the way, this very issue was one taken up in the legislative review that the Electoral Reform Committee of Parliament had intended to commission. Ironically, that committee is another pet peeve of the current president of parliament, because it came from my hand,” Wescot-Williams said.