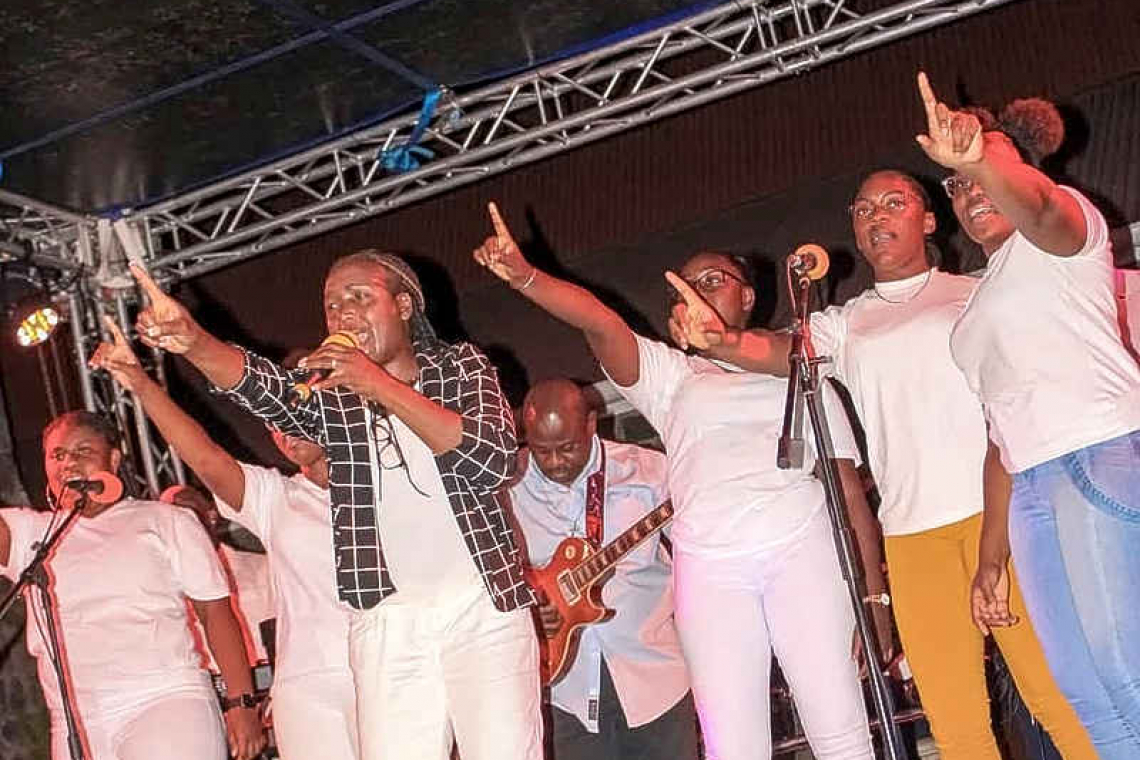 The event was an overall success, according to choir director Christina Timber-Glover. The choir started the concert with an energised, choreographed performance of “I Am Anointed, Moving Forward, No More Defeat”, followed by the theme song “Take All The Praise, Jesus”.

Even though the choir was only seven teenagers strong, they kept the large crowd moving to their upbeat gospel music.

“These energised teenagers who are on fire for Christ have a goal-oriented target, which is to bless others through song,” said Timber-Glover.

The audience was involved many times. During “Let It Shine”, they were encouraged to shine their telephone lights to this well-known rock-’n-roll gospel song, and a large section of the crowd joined in with the gospel version of “Jerusalem”.

The Highest Praise band, consisting of some of Statia’s top musicians, was a source of inspiration and guidance during rehearsals, the choir director said.

Most bandmembers have played during Eruption of Praise and other choir performances over the years.

The night came to an end with an eruption of choruses, with some former members of Harmonix also performing.

The crowd was left yearning for more, with many requesting a repeat of the Eruption of Praise, which “We are definitely thinking about,” Timber-Glover said.