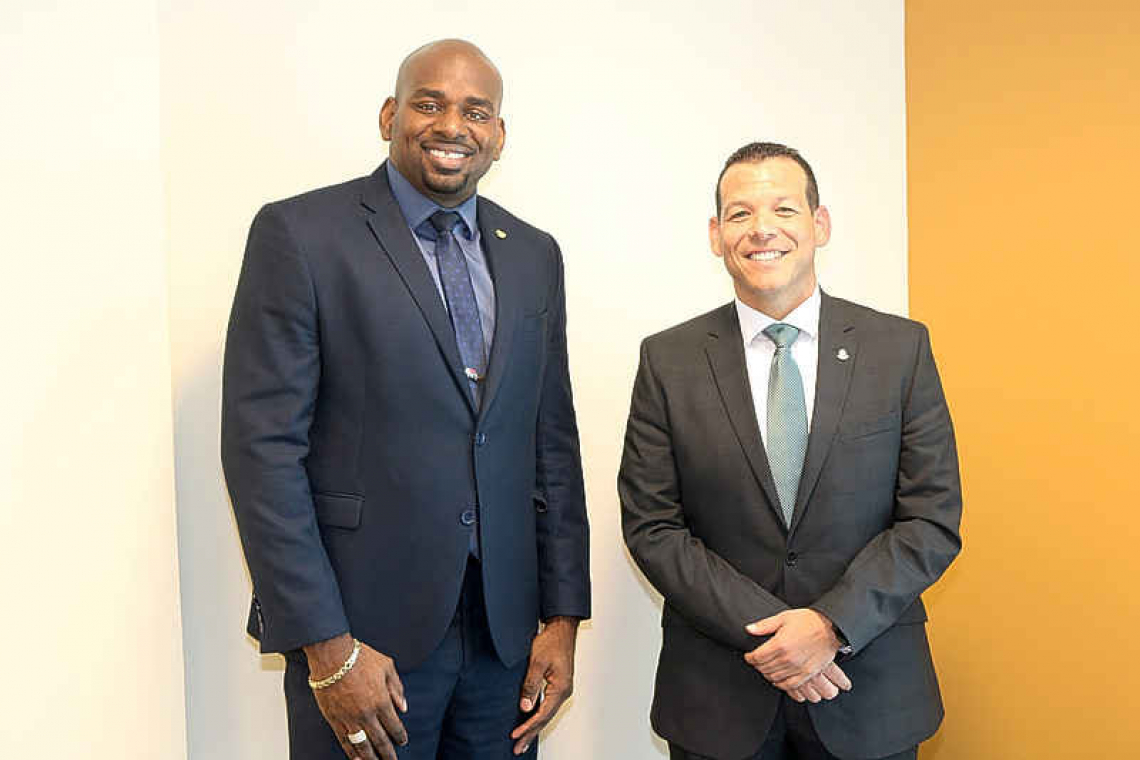 While in Aruba for the four-country consultation on public health last week, Minister Ottley visited the Social Psychiatric Department (SPD) where he received information about the department, what it does and how it deals with the various challenges in the area of mental health and also addiction.
Minister Tjon stated in a press release that almost all countries were being confronted with similar challenges and that this created opportunities for countries to work more closely with each other in order to confront the challenges together.
Tjon said that most countries were confronted with challenges in mental healthcare and addiction, with regard to legislation, finances and education. During the meeting, Aruba and St. Maarten shared their experiences in this area.
According to Minister Tjon, it was a good thing that there already are several protocols and memoranda of understanding (MOUs) that have been signed in the Dutch Kingdom, which facilitate collaboration between the countries in the area of mental healthcare and addiction.
Ministers Tjon and Ottley agreed to intensify the collaboration between their ministries specifically where it regards social affairs, mental health and addiction. Tjon said it was a particularly good meeting.
Tjon announced that he would contact Curaçao Minister of Social Development Ruthmilda Larmonie-Cecilia to create a formal collaboration between the Ministries of Social Development of the three Dutch Caribbean countries.